If you’re looking for a bargain, i1 diamond clarity presents opportunity, but only if you know what to look for and what to avoid. Here is useful information when considering the purchase of an i1 diamond.

An i1 diamond is one with inclusions which are obvious to a gemologist when using 10X magnification, and possibly without magnification. In fact, the “i” in i1 refers to the “included” range, used to describe the lowest three grades on the clarity scale. That range spans three levels, where an i1 diamond lands at the top and an i3 diamond lands at the bottom. One or more of the following is typical of diamonds in this range:

An i1 diamond usually has inclusions and/or blemishes which have a moderate impact on its beauty or durability. Certain i1 diamonds have inclusions or features which are somewhat difficult to find by the unaided eye. Others have characteristics which are immediately evident. At the i1 diamond clarity level opaque inclusions are frequently seen when the diamond is placed against a light background.

Can an i1 diamond be eye-clean?

We don’t recommend i1 diamonds without in-person inspection, or purchase from a seller you trust to reliably convey details about the specific diamond being considered. Even diamonds which look clean in photos and videos may have issued with transparency or light transmission, which is frequently the reason a diamond will be relegated to the “included” range: i1, i2 or i3.

An i1 diamond that is perfectly transparent but has a significant or obvious inclusion may be problematic because that characteristic can draw the eye of viewers. With that said, depending on location, they may have a “prongable” inclusion, meaning one over which a prong can be placed, reducing its visibility in the face up position.

Where does an i1 diamond rank?

The internationally accepted grading scale and terminology for diamond clarity consists of 11 grading levels. Grading is traditionally performed using 10 power (10X) magnification. i1 belongs to the “included” range, which lands at the bottom of the diamond clarity grading scale. 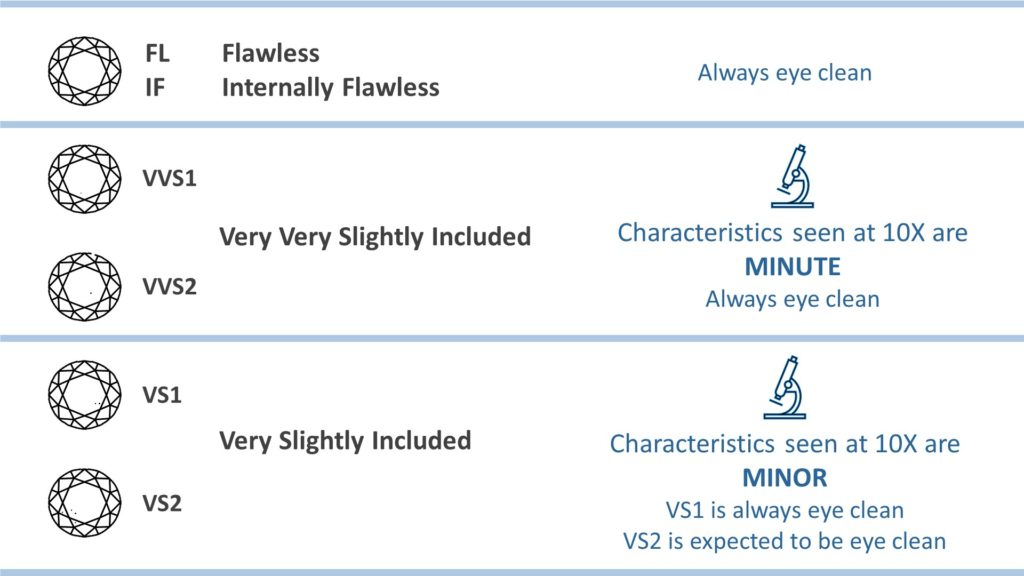 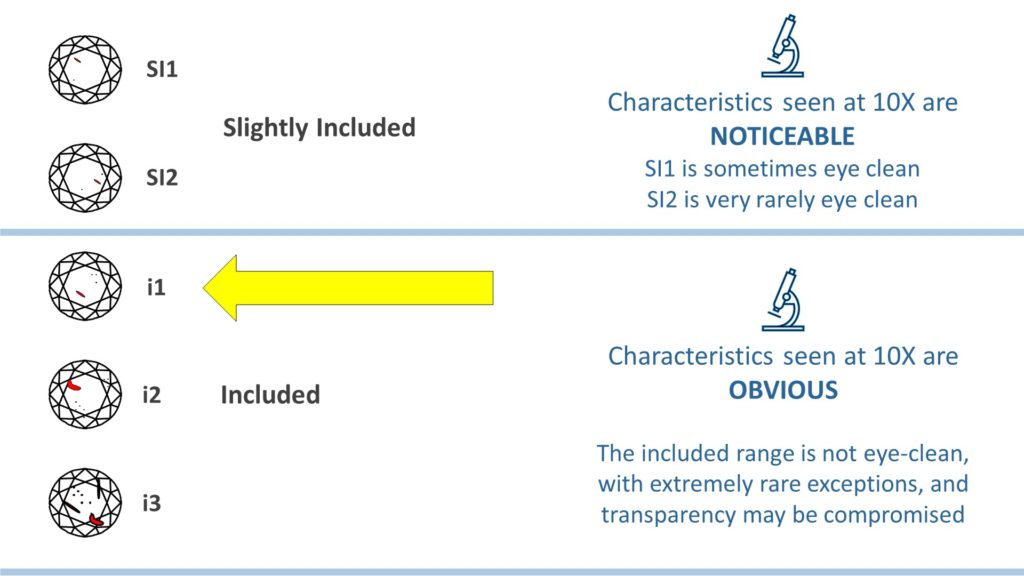