VS diamond clarity is divided into levels VS1 and VS2. Diamonds with these grades fall into the upper half of the diamond clarity range and are usually completely clean to the unaided eye. Here is useful information when considering a diamond in the VS range.

VS diamond clarity describes diamond with inclusions considered minor by a gemologist when using 10X magnification. The VS diamond clarity range spans two levels. A VS1 diamond has less noticeable clarity characteristics than a VS2 diamond.

The most typical inclusions in VS diamonds are small crystals, feathers, or distinct clouds. If the grade setting inclusion or inclusions are close to the very very slightly included (VVS) range the diamond will receive the VS1 grade. If the inclusion or inclusions are closer to the slightly included (SI) range the diamond will become VS2. Generally speaking, VS2 is considered the grade where a diamond begins to show inclusions which are somewhat easy to find but not blatantly noticeable when the stone is placed under 10X magnification.

Is a VS diamond always eye-clean?

Diamonds graded VS1 should be completely eye-clean by the definition below. In rare cases a VS2 diamond may contain visible inclusion. This is more likely in step cut diamonds such as emerald, square emerald and Asscher cuts, where the long flat facets serve as windows looking into the stone. The possibility of a visible inclusion also becomes more likely in VS2 diamonds at carat weights higher than 2.00 carats.

A VS diamond may be the best choice for people who want to reach the higher levels of clarity without breaking the bank. Buying an eye clean VS diamond gives the wearer a diamond which will look identical to diamonds with VVS and Flawless clarity to the naked eye.

Where does a VS diamond rank?

The internationally accepted grading scale and terminology for diamond clarity consists of 11 grading levels. Grading is traditionally performed using 10 power (10X) magnification. A VS diamond falls into the “slightly included” range, atop the bottom five grades. 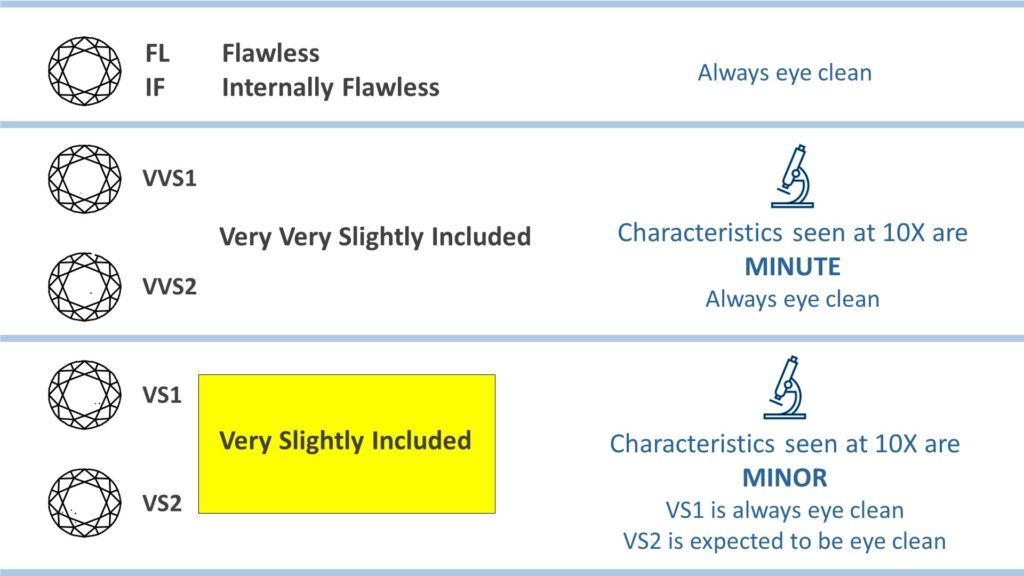 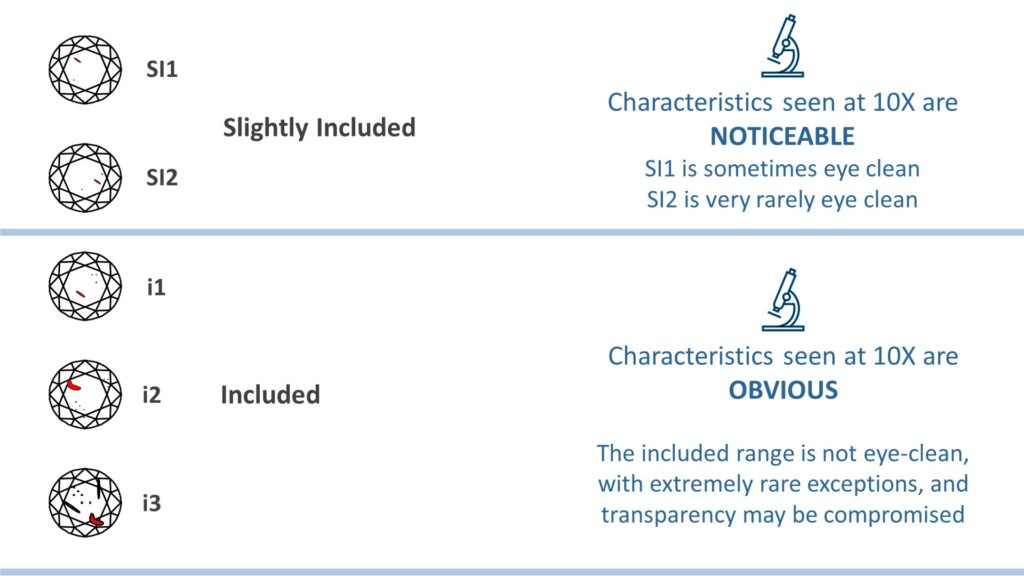