Lab-Grown Diamonds: Everything You Need To Know

The phrase “a diamond is forever” has two meanings, connecting the promise of a future of “forever” with the billion-year past of diamonds. The coiners of that phrase probably never imagined someone proposing with a lab grown diamond, potentially younger than the bride!  Predictably, there is debate about the role lab grown diamonds should play in gifting, as opposed to their natural counterparts.

Here are some of the most frequently asked questions about lab grown diamonds:

Are they Real Diamonds?

Yes. Lab grown diamonds are real diamonds. They are not simulants like CZs or moissanites. Aside from subtle carbon distinctions a lab grown diamond is chemically identical to a natural diamond. The technical difference is that they are not billions of years old. They are grown in factories using sophisticated chemical synthesis over a period of 1-4 weeks. Once grown, they are polished with the same tools and brought to market in the same manner as natural earth mined diamonds. 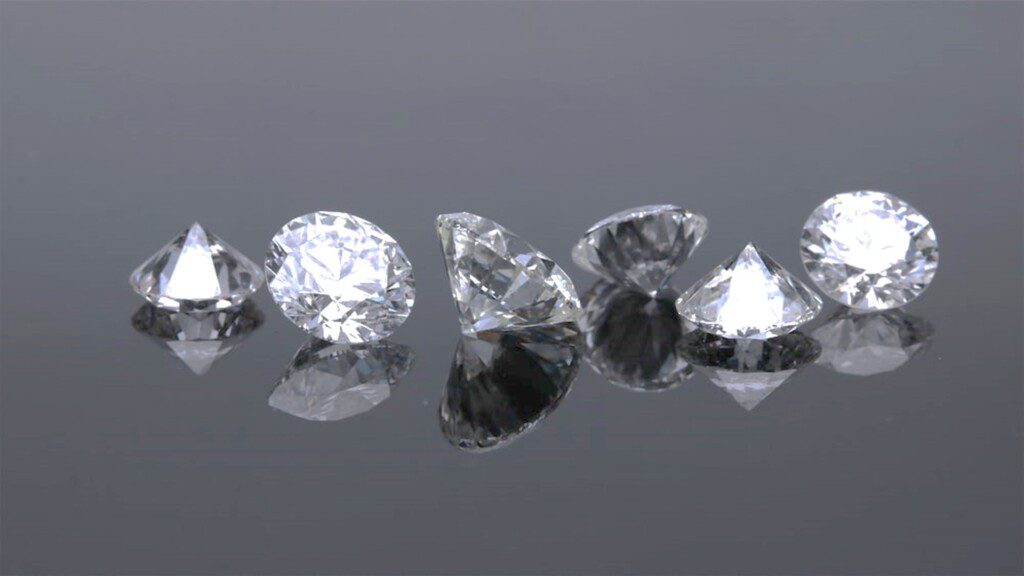 Yes. Lab grown diamonds are created through chemical synthesis. But while you may see the term “synthetic-diamond” in science journals and research papers the diamond industry widely uses the term “lab grown diamond” to avoid confusion.

Do they look the same?

Yes. They have identical refractive index and optical qualities. They are graded using the same color and clarity scale as natural diamonds.

However, cheaply produced lab grown diamonds have a noticeable brown, grey or pink undertone, and experienced gemologists and jewelers may also be able to identify inclusion-types which point to man made origin.

Are they less expensive?

However, where natural diamonds historically gain value over time, lab grown diamonds will only drop in value. There are more growers emerging with improving technology, especially in China. There are also top tier players like DeBeers with the potential to expand and disrupt the lab grown diamond marketplace.

Yes and no. Lab grown diamonds are conflict free, produced by fairly-paid workers in controlled environments. They require no open-pit mining and no dredging of rivers or sea-beds. However, the power consumption required to produce them is immense; so much so that growers will not share their data. The FTC has warned sellers not to use claims like “sustainable” or “eco-friendly” without direct proof.

Some lab grown diamond producers have sought to have their processes certified as responsibly produced and sustainable by independent third-parties. While this is a positive initiative, intended to  consumer confidence, the definition of “sustainability” is debatable.

The biggest challenge lab grown diamond producers face is heavy energy use. At least one independent party approached for sustainability certification, SCS Global, has generally found that producing lab grown diamonds requires more energy than mining them. While it is possible for a producer to refine their processes in order to become more sustainable and climate-neutral, it’s unlikely that the largest overseas factories will make that effort. Therefore, consumers seeking a truly planet-friendly lab grown diamond will need to seek out the few producers making those efforts in their processes.

There are two sophisticated methods of producing lab grown diamonds. The most common is Chemical Vapor Deposition (CVD), where carbon atoms are released from plasma. The other method is High Pressure High Temperature (HPHT), where mechanical presses and temperatures are used to replicate the conditions under which natural diamonds are formed.

High Pressure, High Temperature replicates the conditions under which natural diamonds are formed: around 100 miles below the earth’s surface a billion years ago as continental drift dragged land masses across each other. This lab grown diamond process employs anvils, heating and pressure apparatus applying significant pressure and heat to a small cell over a period of days or weeks. 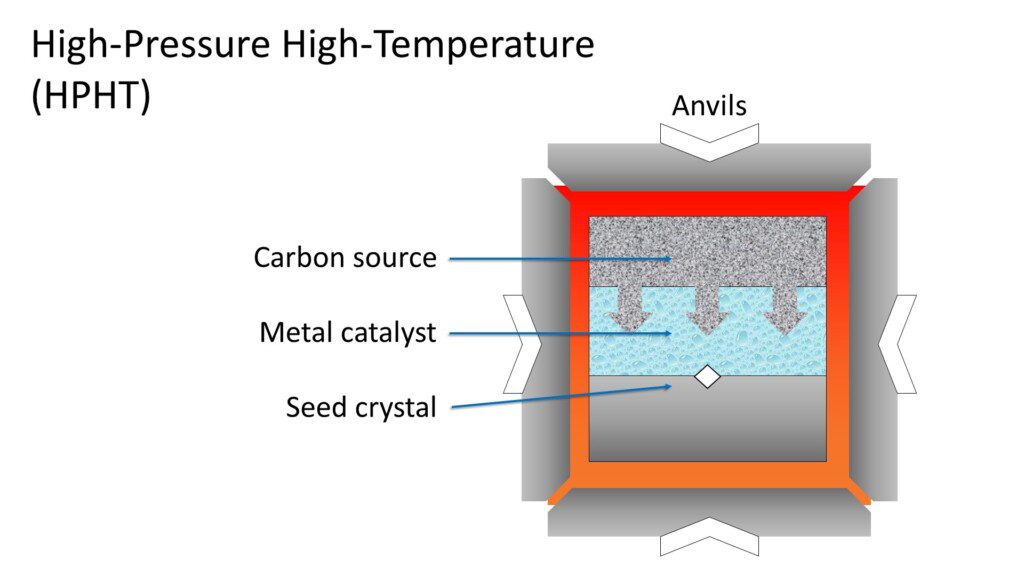 Anvils apply massive pressure from all sides (approaching 900,000 pounds per square inch). The HPHT process results in liquification of the catalyst, which starts dissolving the carbon. That melted carbon moves from the higher temperature to the lower temperature, migrating through the flux to the diamond seed crystal.  Upon reaching the cooler seed, the carbon material crystallizes on it and the seed stimulates the growth of a new lab grown diamond.

Chemical Vapor Deposition (CVD) occurs in a vacuum chamber. It begins with a flat substrate of diamond seed crystal. The chamber is depressurized and filled with hydrocarbon and hydrogen gases. Microwaves are used to heat those gases until the electrons separate from their nuclei, forming plasma. 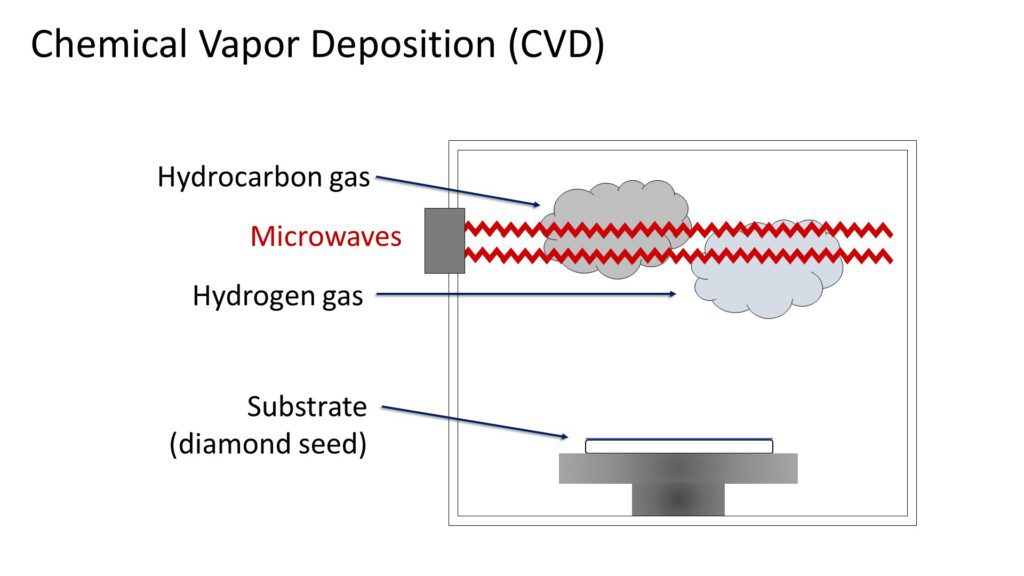 Hydrogen and carbon atoms precipitate from the superheated plasma cloud and rain down on the substrate. Under ordinary circumstances, this process would only grow graphite, but the hydrogen atoms etch the graphite away, permitting the carbon atoms to pair with the diamond substrate, crystallizing atom by atom, and growing upward vertically. 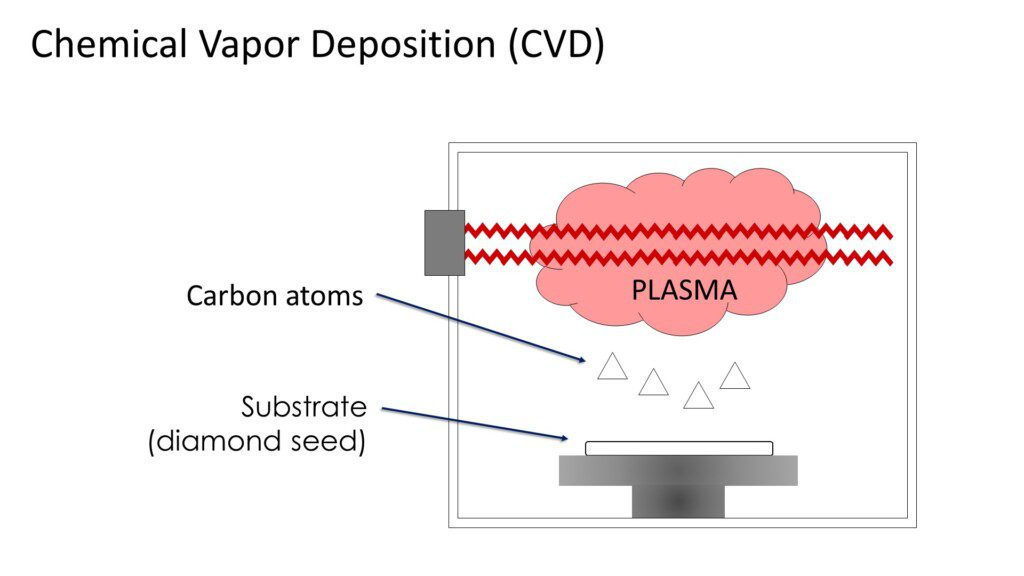 As more and more lab grown diamonds enter the market, produced at different quality control levels, experienced jewelers and gemologists are learning to recognize distinctive inclusions which are byproducts of synthesized growth.

One byproduct of the HPHT lab grown diamond process is the possibility of metallic inclusions. As described above, a metallic catalyst is used to dissolve the carbon which migrates to the diamond seed. Logically, pieces of that metal catalyst which do not melt entirely can become trapped within the lab grown diamond crystal.

The most frequently seen characteristic in HPHT lab grown diamonds is a dark, rod-shaped metallic inclusion. These flux inclusions can have a man-made appearance when seen under magnification, and can even be reflective, unlike any naturally occurring inclusion type.

Stria and planar inclusions in CVD

Remember, there is no pressure applied in the CVD process. Carbon rains down on the substrate, growing that crystal vertically in parallel layers. During the process, that crystal growth may undergo a series of stops and starts. In such cases, you may see graining within the lab grown diamond which presents as extremely flat, since it took place on a single linear, horizontal plane.

Another byproduct of vertical growth and a process which may have stops and starts or include contaminants, are characteristics which become grouped together on a single linear plane within the finished crystal. Such structured planar inclusion groups rarely (possibly never) occur in natural gemstones.

Experienced diamond cutters, gemologists, and jewelers are improving in their ability to identify certain lab grown diamonds with loupes and microscopes.

In the past several years, the rising visibility and popularity of lab grown diamonds has created a “lab diamond rush.” As more and more growers enter the arena, lab grown rough output has taken on more variability. This can be exaggerated by entities entering the field with less capital resources, lower quality equipment, presses converted from industrial to gem-quality use, contamination confounders, etc.

Turnaround choices also play a role. When a growth process is pushed to maximum speed, it increases the grower’s output, but also increases the likelihood of inclusion types which experienced gemologists can identify as distinctive to lab grown diamonds.

Anything below can be overruled by personal taste and preference. There are no “wrong” beliefs when it comes to symbolism, whether it involves diamonds, gemstones, or even holiday destinations, but when it comes to making your decision, we hope the information below will be useful.

Are they Appropriate for Engagement?

The Yes Position: How wonderful that humans can now command the science and technology required to create the hardest known material in the universe: It may come as no surprise that Silicon Valley is the epicenter of many USA lab grown diamond sales.

The No Position: How can someone assign emotional value to something that was grown in a factory last month, is printed like paper, and doomed to cost less over time? In comparison, a gift of plastic flowers is not generally as appealing as flowers that Nature grew herself. 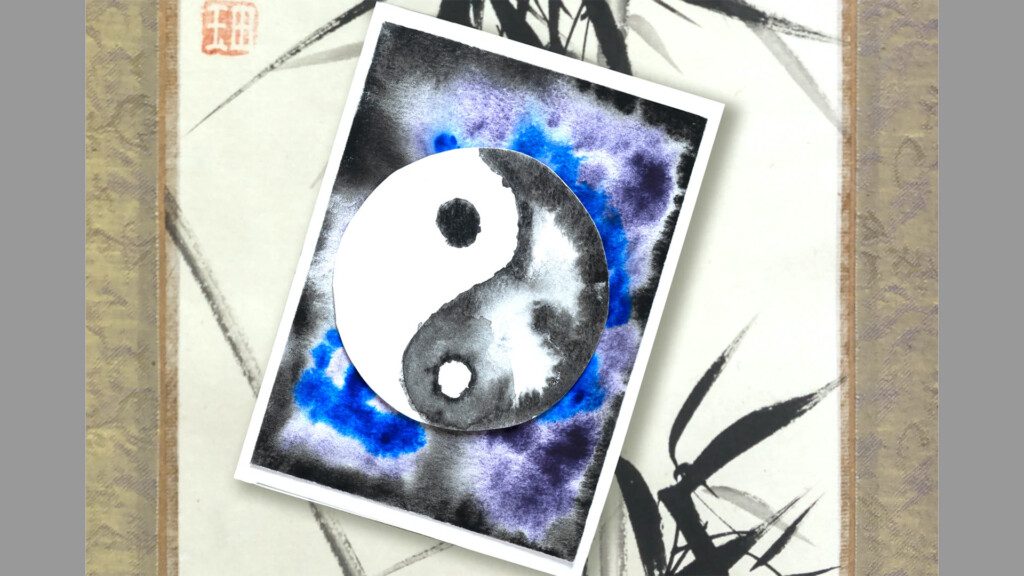 The Middle Ground: Many people feel free to pursue natural diamonds for life’s most significant and meaningful moments, while enjoying the lower price-point of lab grown diamonds for everyday accessorizing, gifting, and commemorating smaller occasions.

The Future of Lab Grown Diamonds

Prior to the 2000s “industrial diamonds” used to imply drill bits, machine and cutting tools – but technology has come a long way in a short time.

While lab grown diamonds have become more and more visible in the jewelry industry the endgame for certain synthetic diamond producers was never jewelry applications. Our shiny world is just a convenient means to another end.

Today’s industrial diamonds include type IIa flawless plates, anvils, and lenses at quality levels which exceed what’s used in jewelry. The most innovative and aggressive lab grown diamond producers have goals focused on technological, medical, and even military applications.

“If you grow diamonds, you don’t cut your truly flawless diamonds into shiny baubles, because you can make far more money selling laser lenses or surgical scalpels.”

25% of lab grown diamond output already goes toward electronics. Its chemical stability, conductivity, and thermal shock resistance creates high demand in electro-chemical sectors of industry as a semiconductor component, and makes it a key element for diodes, transistors and sensors. In fact, whatever device you’re using to read this article would not exist without lab grown diamonds.

In medical applications, nanoscale and microscale lab grown diamonds are replacing superconducting magnets in MRI and NMR systems, along with other medical equipment. The low friction, durability, and biological inertness of a lab grown diamond also makes it ideal for joint replacements. Lab grown diamond spinal disk replacements have been undergoing clinical trials in the EU for some years now.

Diamond lenses are able to stand up to extreme environments. Lenses cut and polished from type IIa HPHT crystals are useful in spectroscopy and technologies spanning the infrared, ultraviolet, visible, and X-ray ranges. The hardness and stability of diamond allows them to function with extremely high thermal and radiation loads with a low coefficient for linear expansion.

And then we have this awesome “Star Trek” quantum entanglement stuff.

In June 2019, researchers from Yokohama National University managed to teleport quantum information securely within the confines of a diamond.

The scientists at Yokohama National University used micro and radio waves to entangle two particles in diamonds at the quantum level. The result of this entanglement is that any influence on one particle instantaneously steers its entangled twin into an identical corresponding state, no matter where it is. The key words there are instantaneously and no matter where it is.

That means no time delay between action on one system and reaction from its entangled twin.

The Implications of Nonlocality

Looking to the future, one could imagine quantum entangled mobile phones. As you type a message on one device, the identical message would appear instantaneously on another Even across a distance of thousands of light years! Successful quantum entanglement and non-locality in lab grown diamonds also gives us a theoretical basis for actualizing science fiction concepts like subspace communications, transporters, and exploring the quantum realm.

These fundamentals also suggest the possibility of coded military communications at a transcendent level – with no possibility of interception or distance restriction – on planet earth or beyond.

In summary: As we watch lab grown diamonds gain market share in the jewelry world, be aware that the endgame for the most advanced producers is to land billion or trillion-dollar contracts with the likes of Apple, Pfizer, Raytheon, or possibly local governments or entire nations. 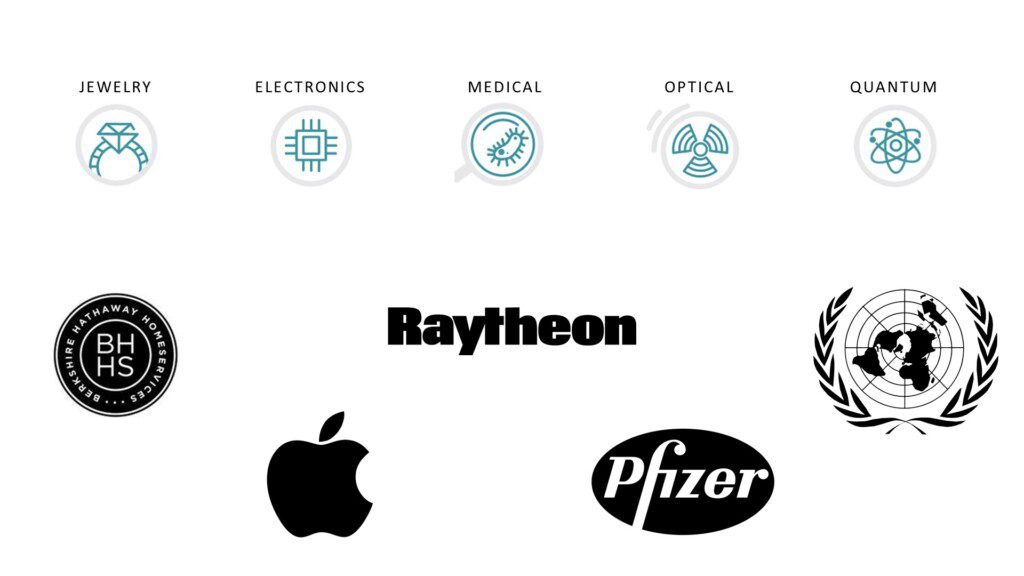