The primary birthstone for June is pearl, a gem species that has been revered for thousands of years. Pearls are essentially divided into two categories, natural and cultured. The majority of pearls today are cultured, as there are very few remaining natural pearl resources. At the turn of the century, Kokichi Mikimoto brought culturing techniques to the forefront with commercial akoya pearl production. One hundred years later, the upsurge in Chinese freshwater pearl production is shaping the industry. What’s next for pearls?

The most common types of pearls available today are freshwater, Tahitian, South Sea, and akoya. To learn more about this complex gem species, please visit the Pearl Guide and the Pearl Forum. 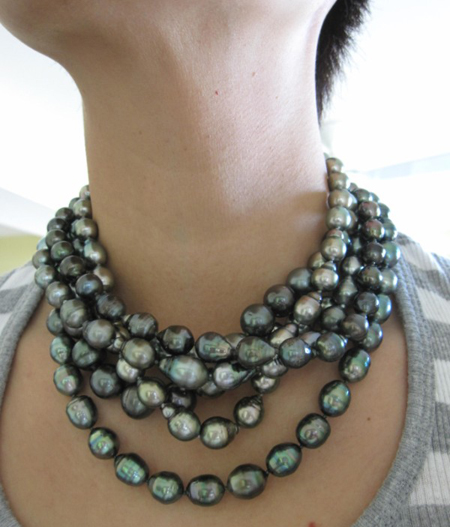 DiaDiva’s baroque Tahitian pearls have captivated many on our pearl forum. Tahitian pearls grow in the Pinctada margaritifera (black lipped) oyster and are characterized by a larger size (typical range is 8mm to 17mm) and unique coloration. Common colors for Tahitian pearls include metallic green, silver, charcoal, blue, and purple with a variety of overtones. Tahitian pearls are farmed in French Polynesia and surrounding areas. 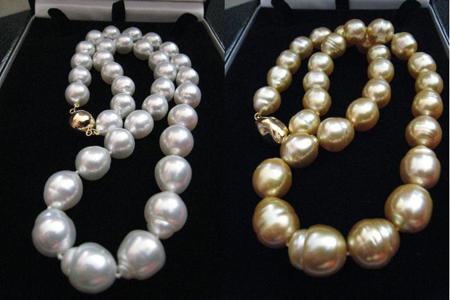 South Sea pearls grow in two varieties of the Pinctada maxima oyster, gold lipped and silver lipped. They are primarily cultured in Indonesia, Australia, and the Philippines. Like Tahitians, South Sea pearls are known for their large sizes, which range from approximately 8-10mm to 15+mm. Simplysplendid’s two necklaces are lovely examples of white and golden baroque South Sea pearls. 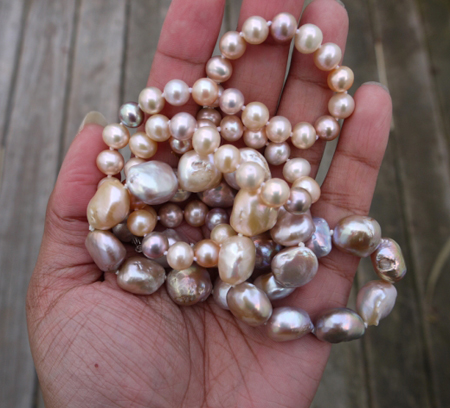 Arcadian holds a handful of naturally colored metallic freshwater pearls in baroque and semi-round shapes. The Chinese are producing freshwater pearls by the metric ton (The Pearl Guide reports a total of 1,500 tons produced in 2006), and with each harvest, pearl shape is perfected. Remember the old rice shaped freshwater pearls? They have disappeared and have been replaced with larger round and highly lustrous pearls. The sheer quantity and availability provides affordable options for pearl buyers. 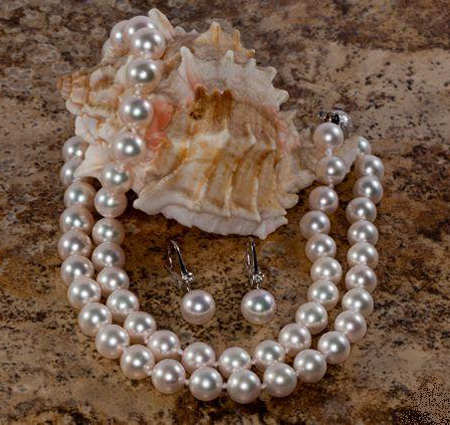 Akoya pearls are primarily farmed in Japan, Vietnam and China. Akoya pearls are produced in the Pinctada fucata oyster, the smallest mollusk used in commercial production. Pearl size ranges from approximately 2mm to 10mm. Akoyas are typically uniform in shape and are easily matched in necklace and bracelet strands.

Show me your Pearls!

To akoya or not to akoya?