Has anyone recently got insured through Chubb?

I''m kind of a rookie here, so please forgive my ignorance if this is a stupid question but does anyone have suggestions on getting insurance for an engagement ring?

I recently called David Stone (suggested by a few people in earlier posts), who then told me to call Chubbs directly at this number to cut middle man fees (yes he is very knowledgable and friendly)

But when I called Chubb, they said they only offered the engagement ring policy only if you bought from Blue Nile?

Does anyone know if this is true? I called the other number from their web site and they pretty much told me the same thing.

I feel totally clueless now. Is the only other decent option State Farm? And would they cut you a check no hassles like Chubb?

Would it be different if I went through a local Chubb agent?

Any feedback would be great?

I don't know why they told you that, its not true!! I called them directly (I don't have the # handy but it was posted in the past by JUSTME I think) and said I wanted to insure my ring. They said okay. I faxed over the info. They insured me. Period..done.

I know the best way is to go through them directly as some of the external agents will try to tell you that you have to have your homeowners or renters insurance through them to get your e-ring insured which is not true either. It's such a scam!!

There were a bunch of Chubb posts recently that had some information and the phone #'s....here are some links. One is from Kayla when she too got the runaround, and also one is my post when I was trying to compare State Farm to Chubb. I ended up going with Chubb.

I tried State Farm first, because I have homeowners, auto and life insurance through them. They don't cut you a check, they want the option of replacement. I tried very hard to explain that my SuperbCert was not just your average 1 carat E VS2, but they clearly didn't understand that.

I went with Chubb, and it was the easiest, most hassle free experience. I even had the option of insuring it at the purchase price or the appraised value. I'm in Northern California, so let me know if you want the name and # of the agent.
D

Thanks Mara and Hongerhond for the responses,

I tried calling Chubb today again at the number you gave Mara. They said that as of a week or 2 ago they now only handle quotes if you bought through Blue Nile. I'm not sure if it's the same if I go through a Chubb agent though. Hongerhond could you give me the name and number of the agent you had, as I'm from Northern California as well.


Do you know much extra it would cost through the agents then directly through Chubb?

Wow that is ridiculous!! They are cutting themselves off from a huge amount of business out there. Blue Nile is one of thousands of vendors who sell stones. I can't believe that is true--esp since Chubb is a huge company and not just a fly-by-night or someone who would partner with just one vendor. I'm tempted to call myself!
________________________________

It is true. I called yesterday and had to go through an agent to get my e-ring insured. Cost is about 2% per $100, not too bad. I guess I don't mind paying a little bit more to get a better deal.
-- Larry 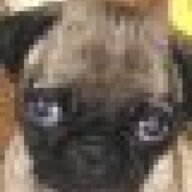 Been there done that ... just last week. Chubb will NOT insure your ring via their national phone number UNLESS you bought a diamond through Blue Nile. So, then you have to contact the local agents. Their response of "I can only insure your jewelery if you have homeowner's policy with us" is either due to ignorance or them wanting more $$ from you. Just keep going down the list of local agents until you find one who knows what they are doing!

Very unfortunate! I guess I am glad I snuck in there and purchased direct insurance from them before this happened!

My agent was Phyllis Heathcock, from PLI Brokerage, Inc.

Essentially the prices charged by Chubb or its agents is the same.

Chubb rates vary by the zip code, where the ring is,not by who the prodcer of the policy is.


Rockdoc
Bill Leiberum
1948-2007
Thanks for everything and Rest In Peace,Bill. 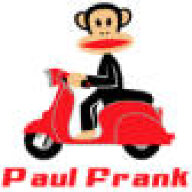 hi, i just recently got engaged and i'm moving to san jose, california does anyone know the name of a chubb agent and a telephone # any info would help thanks so much!!
jennifer 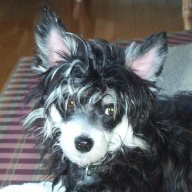 I tried the national number as well, the clerk I spoke with said that back in June Chubb STOPPED issuing any stand alone valuable article policies, and would only insure Blue Nile purchases. She actually even told me the independant agents wouldn't do it either. She could not have been more WRONG!!! I found a Cubb

agency in a neighboring town that immediately worked with the Chubb underwriters and drew up a policy and I was insured within a few hours. It was really fast and very easy.

I had some other jewelry besides my e-ring to insure so I pay $417 per year on $29,100 worth of jewelry. This is well worth it to me since I have learned not to trust an insurance company to pick out what they think is a comparable diamond to replace mine in case something happens. Chubb cashes out and settles with you that way.
icelady
B

Watchout for Chubb we have a policy with Chubb and had a loss in July and are still waiting for a settlement!!!

I am in the Houston area. When I first called a Chubb agent I was told Chubb would not issue a policy alone. I told her I didn''t think that was true based on other information from you all. Then the next week the agent called me back and said she had checked into it further after speaking with me and could indeed issue the policy. I am paying $206 for around $11000 worth of jewelry.
S

I live in Manhattan so I don't know how prices are elsewhere. I called my insurance agent and several others to try to get my ring insured by Chubb. Their cost was double the price of Liberty Mutual. Liberty Mutual will try to replace the ring. I paid $350 for $34,000 worth of insurance. Chubb wanted $750. The Liberty Mutual underwriters did suggest that I have it insured for more than I paid. I was very upset upset at first but the extra insurance added very little to the cost of the policy and Chubb was so much more. I called and complained and they did offer to lower the insurance but since it was so inexpensive I went with the higher amount but had them add the Sarin and other information about my stone. Insurance costs may be higher in N.Y.C. so you might want to check it out.

INSURANCE: I have my house insured with Liberty Mutual so they were the first one I called. For $223 annually, the jeweries were scheduled for a total value of $37, 300. The agent told me the coverage is worldwide, all risks covered except insects, radiation, or war. The insurance company will choose to offer replacement or cash out if a loss occurs, but I pay the same premium up front. The agent told me that she had never heard of a replacement actually happened, people always get a check.