Caring for the elderly. 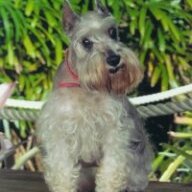 Thank you for the hugs.

I lurk on this thread but haven''t posted even though I''m grappling with a lot of the same things. My mother is 86 and is in the moderate stage of Alzheimer''s. She remarried later in her life so her husband is neither my biological father nor really a stepfather as I was 35 when they got married. He has very fixed opinions on just about everything and we are on opposite ends of the spectrum on almost any given issue. He still is in denial in some respects about my mother''s condition even though she was diagnosed 5 years ago. He tries to do everything himself and won''t even look into the possibility of respite care or long-term care or even going to a class for caregivers sponsored by the Alzheimer''s Association.

I worry about what will happen to her if something happens to him because nothing is in place for her care, and neither my sister nor I am in a position to watch over her 24/7. I''ve talked to him, we''ve had knock down, drag out arguments, and he once yelled at me that I was trying to control their lives. The whole situation was driving me stark raving mad.

Then I read a column in our local newspaper. For a number of years, they had a columnist who focused solely on issues involving the elderly. In one article, she said something that made a huge difference for me. I probably can''t say it as eloquently as she did, but essentially her advice was: Your parents (or whoever) have the right to make decisions about their own lives, even if they are the wrong ones, so long as those decisions aren''t causing harm to someone else. Don''t try to make those decisions for them if they don''t want you to. But if their decision could harm someone else, you have to force the situation. For example, taking away the car keys if mom or dad is no longer capable of driving because their decision could injure someone else as well as themselves. Letting them make their own decisions, even if they seem wrong, is one of the hardest things I''ve ever had to do. But now that they no longer think I''m treating them like children or trying to run their lives, I''m actually in a better position to make suggestions. I still would like to see my mother go to Alzheimer''s day care one or two days a week so she gets some appropriate stimulation, but she married this man, that was her decision, he''s taking care of her as best he''s able, and they aren''t harming anyone other than themselves.

I still feel some guilt but the mental strain is much, much less. And the outcome is probably the same. I could harangue him about finding a caregiver for mom or other things like getting her an ID bracelet, but I can''t force him to do it and there''s no reason to bang my head against the wall. If something happens to him, I''ve done some research on what might be a good place for Alzheimer''s care for mom, and I''ve let it go at that. Everyone seems happier. I''m not sure I''d have come to this result if I hadn''t read that column because my nature is to step in and try to manage the situation but I''m glad that I read those words and decided to take them to heart. If it helps anyone else, that''s even better.
I always try to be pawsitive.

rainwood, thank you for posting, I'm glad you felt comfortable enough to come in. You raise a good point, and one I was about to give you, on letting certain things go if they are not going to cause real harm. I've had to do the same thing. It may not make us terribly happy, but it keeps the stress level down some, as you have noted.

I sympathize with your situation, and I know the few things you'd like to see implemented are driven out of love and concern. And I think they are good suggestions at that. Especially the ID bracelet, if she is to the point where she could possibly wander off and not know how to get back home/doesn't remember her full name.

One important question. Do you have Power of Attorney over your mom? If not, I would get that done very soon (without telling the husband if he is going to object). While things are going "relatively" well now, they can change in a heartbeat. You need to be able to make important decisions and get them going immediately if necessary. You are her daughter, you have every right to be in a position to decide what is truly best/necessary for her.
The truth is incontrovertible. Malice may attack it, ignorance may deride it, but in the end, there it is." - Winston Churchill​

One important question. Do you have Power of Attorney over your mom? If not, I would get that done very soon (without telling the husband if he is going to object). While things are going ''relatively'' well now, they can change in a heartbeat. You need to be able to make important decisions and get them going immediately if necessary. You are her daughter, you have every right to be in a position to decide what is truly best/necessary for her.
Click to expand...

I don''t have durable power of attorney and that''s another thing that drives me crazy. Her husband had a friend of his draw up their wills many years ago and I believe that he has durable power of attorney for both financial and non-financial matters, but this lawyer isn''t really a specialist so I fully expect that their wills are probably not well-written or complete. I''m a lawyer so that''s another thing that drives me crazy but I don''t want to force the issue at this point. It will just be another thing we have to mop up if he goes first. And to be fair to him, he does a fairly good job of looking after her day to day. He was the caregiver for his previous wife who died of cancer and he believes it is his duty and his alone. I''ve tried to tell him that we are all here to help him, that he shouldn''t have to do everything himself, but he''s stubborn, stubborn, stubborn. I''ve resigned myself to waiting until there is a crisis to step back in. It''s a shame, but that''s just reality.
I always try to be pawsitive.