Bad Experience with Tan of Odysseygem

I know lots of people have sung the praises of Tan of Odysseygem years ago on these boards, so in case anyone is thinking of buying from him, I thought I'd add a more recent, odd experience onto the pile.

I posted a topic the other day about a recut project I was pursuing. I came across a stone on Tan's site that I thought might be an alternative candidate for that project. I asked Tan a few questions about the stone, and was given a completely hyperbolic and unhelpful description from one of Tan's employees. (I'll add that about 3 years ago, I asked him about another stone and was given a description BY TAN that was all sales pitch without any real information.)

This time, I ordered the stone anyway, and was told it would be shipped in a few days. 3 days later, I received a terse email saying the stone was not in the inventory and my money was refunded. It all struck me as pretty weird and I got the sense that things were not really on the level. I guess beware that what is listed on his web site might not really be in inventory, and be on your toes as these might not be the only squirrely business practices the site is engaged in.

Sorry to read this. I haven't purchased from Tan for many years now.
Sometimes the mind ignores what is logical because the person cannot accept the reality of what it is.
S

I had a similar experience. Maybe they were good once, but I won't buy from Tan again. Of course I sent it back, but I WAS MAD.

This is good info to know, and thankfully you got your money back

I haven't bought from Tan for many years myself. ( I don't really NEED anymore stones considering the pile I haven't yet set ....though I keep buying zircons for some reason....hmmmm.....

I don't know whats going on there but I recall that some of the stores on ebay were down to nil.
Instead of telling people to "have a nice day", sometimes I tell them "have the day you deserve", and let Karma sort that mess out.... 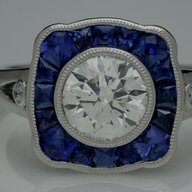 Something happened. Tan had his Ebay stores and now they are recently defunct. I have only known him to be an honest vendor and most all the stones I have bought from him were as described or much better with reputable lab reports. He has promoted a new online store. I too recently bought from him (at the online store) and was refunded my money almost two weeks later.

It's a sad thing really. Many of us have bought wonderful gems from him in the past and I wish him well.
The scariest sentence in the world is "Mom, come quick!"

I know he fell gravely ill once in the past and things were shipped late, there was no response and etc. Perhaps someone else is managing those stores now?
Sometimes the mind ignores what is logical because the person cannot accept the reality of what it is. 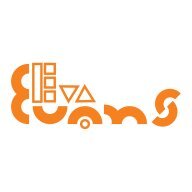 I used to deal with Tan for a long time, started back then at 2007. I purchased plenty of stones from him and all were stunning!
I suspect that Tan is deceased. I feel so sorry that one remarkable epoch is gone forever!

EvaEvans said:
I used to deal with Tan for a long time, started back then at 2007. I purchased plenty of stones from him and all were stunning!
I suspect that Tan is deceased. I feel so sorry that one remarkable epoch is gone forever!
Click to expand...

I hope you're wrong, and that he simply retired or stopped his ebay store. Like you, I also purchased a great deal from Tan. I wish him well.

A question for you all: Tan has/had multiple ebay stores. As you may have noticed, we have a newcomer (4 posts) who has taken it upon himself to remove Tan's links from the pinned thread on vendors. Should we give Tan more time in case there is a reorganization underway, or are we comfortable with dropping his stores off the list?

Minous- he has one ebay store left called Numberonegem. I think this one would be the appropriate link for his stones. The other ones I would remove.
http://stores.ebay.com/numberonegem
The scariest sentence in the world is "Mom, come quick!"
M

I remember this thread that Barrett started at the end of January. I don't know if it helps but here's the link.
https://www.pricescope.com/community/threads/numberonegem-is-the-new-odysseygem.228360/#post-4121797

I agree that we should remove all but that one link. I also hope that Tan is still in good health!
Sometimes the mind ignores what is logical because the person cannot accept the reality of what it is.

Odysseygem.com had nice stoones. I emailed numberonegems to ask where they went, and he said they were in the new store, but it is not so. 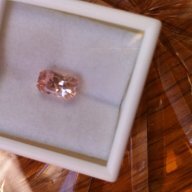 I have no personal experience with this vendor, but it sounds like something fishy is going on.

Tan had a stroke, if you may recall, some years back, so no telling what involvement he has with things anymore. Probably has a daughter, son, or relative running the show now.
TL and I should have gotten some good kickbacks from him, with as much free promotion and praise we doled out online. I can recall the first purchases I got from Tan. As a matter of fact, the avatar I have up of the tanzanite crystal, was actually my first purchase from him.
I only bought rough or crystals from him, and was surprised to learn that TL had inadvertently stumbled upon him at roughly the same time as me. This was when Mahenge pinks were just coming out in force...the ones with the soft hazy glow that popped in neon pink.
Once a couple of the ladies here on PS caught wind of Tan, and started buying from him, his sales skyrocketed and he was the go to guy for many PS'ers who wanted to buy gems.
All us PS'ers who helped push and promote his stores were really the driving force behind his success for a years.
These gems have life in them: their colors speak, say what words fail of. ~George Eliot

For all intents and purposes, I would consider Jeff Davies the new "Tan" in gemstone sales. I haven't dealt with him much really, but the quality and pricing of his stones are something a gem savvy consumer, like a PS'er, would be pleased with.
Do lots of folks on here buy from Jeff?
These gems have life in them: their colors speak, say what words fail of. ~George Eliot 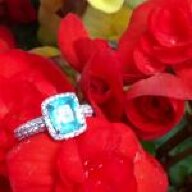 I also look at the Jeff Davies site. His prices are reasonable for precision cut he covers different budgets from below a 100 bucks to thousands of dollars.
The tropical sea glows on my finger.

Barrett said:
For all intents and purposes, I would consider Jeff Davies the new "Tan" in gemstone sales. I haven't dealt with him much really, but the quality and pricing of his stones are something a gem savvy consumer, like a PS'er, would be pleased with.
Do lots of folks on here buy from Jeff?
Click to expand...

I bought a pair of umbalites from him in December and was very pleased.

We bought our engagement ring sapphire from him and couldn't be happier.