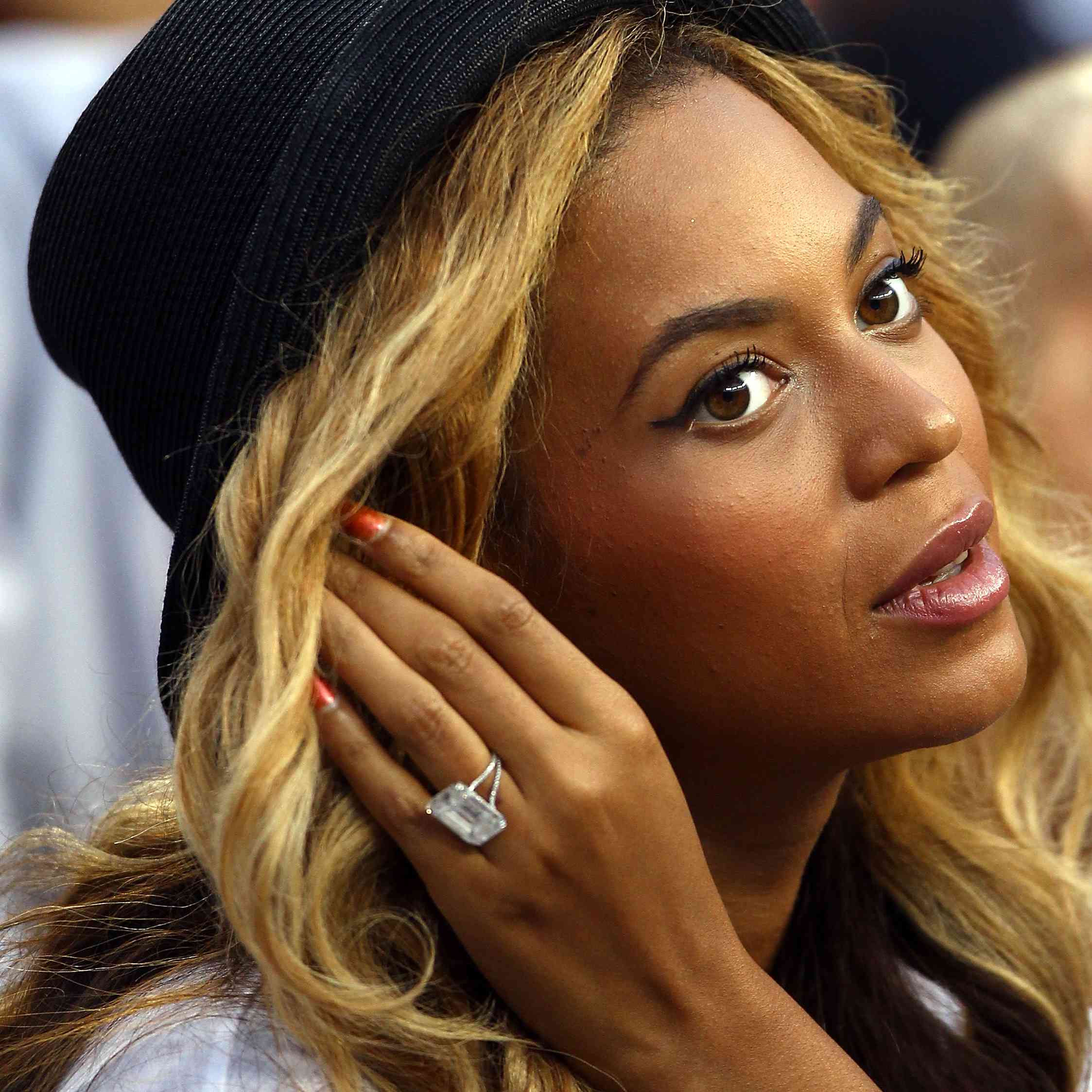 September is Beyoncé’s birth month and we’re here to add some bootylicious jewelry inspo to the month of September too. Queen Bey – as if she needs an introduction – first blew up on the radio with her girl group known as Destiny’s Child. Since their split in 2005, Beyoncé went solo and the rest is history. She’s now an international icon with innumerable awards to her name. In addition to her music career, she has secured roles in some major motion pictures. Beyoncé is a true superstar and fashion icon which is why we’ve decided to look to her for some jewelry inspiration.

Beyoncé wore one of her favorite designers, Lorraine Schwartz, to the 2016 Video Music Awards (VMAs). She hit the red carpet wearing $1.8 million dollar earrings designed specifically for her. In fact, many of Schwartz’s pieces for the icon are custom made. The first (of many) pieces she wore during the night made one of the largest impacts. The million-dollar earrings were made of Colombian emeralds, intense pink diamonds and Paraibain tourmalines. It was a show stopping moment fit for nothing but a Queen!

When you’re Beyoncé you’re used to making a big statement by doing the most mundane tasks. Maybe this is why she has an affinity for wearing statement pieces when it’s time for her to be in the spotlight. We usually spot her wearing statement earrings, but she’s also stepped out a few times with some absolutely, jaw-dropping statement necklaces. So, if you’re really feeling inspired, grab (or purchase) a phenomenal statement piece worthy of Beyoncé!

Beyoncé’s birthday kicked off the month of September and we wish you nothing but good health and an abundance of wealth. Beyoncé has worn some of the world’s finest jewelry and you too can get the look with the likes of Blue Nile and Adiamor for a fraction of the price.

Which jewelry style icon would you like us to feature next? Let us know in the Comments section below.