Rio Tinto Group (RIO) and BHP Billiton Ltd. (BHP) are looking to exit the diamond industry even as prices head for a fourth year of gains, because they see little prospect of repeating the dominance they hold in iron ore. 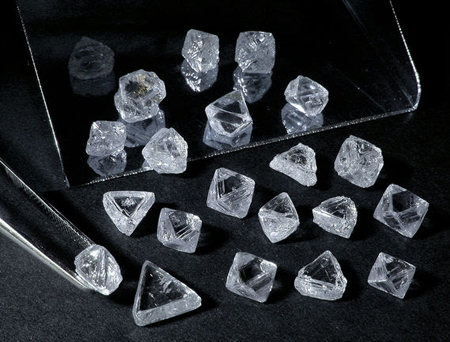 As expected, objecting lawyers have taken their issues with the De Beers antitrust settlement all the way to the Supreme Court.

Ways of tracking and labeling jewelry as manufactured and traded in an ethical manner will be examined at a high-level seminar taking place on the sidelines of two global meetings in Vicenza, Italy in May.

U.S. consumer confidence rose 11 percent year on year to 70.2 points in March, according to The Conference Board.

NJ.com: The ring bearer: N.J. man able to give his gift to girlfriend six decades later

JCK: Social Media: The Dark Side

Last week’s post about social media drew some great comments, with most promoting the good side of social networking for jewelers. To give a fully rounded picture, I wanted to address some of the pitfalls as well…

All About The World’s First All-Diamond Ring