When do you know that you got a good deal on an diamond? 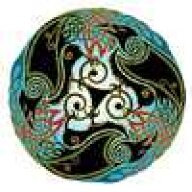 Seriously, there are Rappaport sheets, eBay prices, etc. How do you know when it''s a good deal? Not investment quality, mind you, but like finding a 99 cent Whopper deal?

For example, I purchased a solitaire on eBay. Most folks who know the 4C''s would consider it a garbage diamond, because the EGL cert described it (while mounted in the setting) as round SI1, color of N. But, it''s .65ct, and it came mounted in 6 grams of 14k gold in a two-tone setting. Really a pretty ring. I paid $550 for the ring.

Another example, I purchased a GIA certified loose diamond that was .28 ct., VS1, color E. The crown angles are greater than 35 degress, so technically it''s a fish-eye (at least that''s what the Holloway advisor indicated), but it is so small, the fish-eye effect is virtually lost. I paid $300.

My instinct (and comparisons to Rappaport prices)tell me I''m doing ok. I''m not trying to make investments to sell later for big time $$$. I guess some women collect shoes, and I like inexpensive certified diamonds.