I am "practice shopping" and getting used to specs and terminology in preparation for my real purchases. Please help me out with understanding the following:

All seems within ideal specs or very close

Why such a low rating on HCA? without the HCA I may have considered this diamond.
dave

I'll bump this up so that one of the pros can answer, but I'm guessing that this is the classic "steep-deep" combo that the HCA tries to weed out.

The net effect is still a good diamond - just not a great one (according to the HCA). Your eyes may tell you differently.

Plugging 43.5% pavilion depth will give you 3.4 (Very Good) HCA.
Pricescope

If this one is steep-deep why is the spread still "very good"? Maybe I need to do some trig, but I thought that steep and deep yields a small diameter for a given weight thereby reducing the apparent "spread".

Of course I could have this totally wrong.

RA, Thanks for the bump up.

In a case such as this, if I was interested in the stone, would I ask to have it re-analyzed?

In my opinion, the effect is more dramatic in the images than it is in real life. If you really know what you're looking for you'll spot it. Otherwise you'll gaze at it and say, "Wow, what a pretty diamond". It's only when you start heading down cut geek road that it starts to bother you.
Rich, non-Independent GG Appraiser
Sarasota Gemological Laboratory 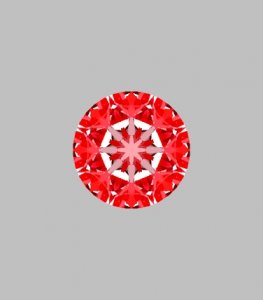 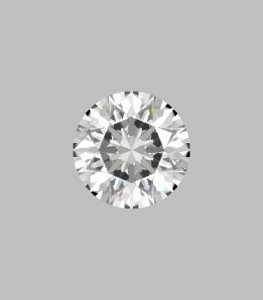 Disclaimer- The facet arrangement and symmetry of the image will probably vary from your actual diamond, which may affect the light performance indicated. The computer generates an image with “perfect” symmetry, which is rare. Also, the star/lower girdle facet lengths may be different from your diamond. The computer simulation is reproduced best when the actual diamond is being viewed and the image "tweaked" to the appearance of the diamond, or Sarin info is downloaded directly into the program. However, this "blind" reproduction should be helpful in considering the major light performance aspects.
-----------
Rich, non-Independent GG Appraiser
Sarasota Gemological Laboratory
D

Richard,
Thanks for the images and explaination. I'm slowly learning more than I thought I'd ever need to know! See my new post on HCA credence. Perhaps you could give insight there also?
thanks so much,
dave

RA, I played with the diameter and spread - I don't know. I have a feeling that the Sarin data are not very accurate. The reason could be that this is a small stone one should use special set of lenses to get maximum accuracy. I also wonder whether it was Diamention or BrilliantEye.
Pricescope