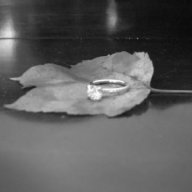 Woman reports jewelry stolen; police say she stole it the first place
Robin Griffin was charged with stealing more than $50,000 in jewelry shipments while working at FedEx, a theft discovered only after she reported the jewelry missing from her house to police, prosecutors say.

To keep more than $50,000 in jewelry safe, Robin Griffin hid it inside a teddy bear at her house in Renton. When she discovered her pendants, brooch and rings missing, she did what anyone would do: She called the police.

Turns out Griffin was a thief herself, according to charges filed last week in King County Superior Court. Prosecutors allege that Griffin, who works as a courier for FedEx, had stolen the jewelry from shipments to high-end jewelers Cartier and Ben Bridge.

Griffin, 39, was charged last week with first-degree theft. Because she has no criminal record, prosecutors say, the most she could face if convicted is 90 days in jail. The jewelry may have never turned up missing had Griffin and her husband not been in the midst of a divorce.

According to charging papers, a woman identified as a "girlfriend" found the jewelry and suspected it was stolen, according to documents filed in court.

The woman turned the jewelry over to an attorney who was representing Griffin''s husband in the divorce proceedings, according to documents. The attorney gave the jewelry to police in November 2007.

It''s unclear from court documents whether the woman was Griffin''s friend or her husband''s.

The stash included 16 pendants worth $24,000, a $25,000 Cartier brooch, a $4,000 necklace, two Cartier rings worth $5,000 and $1,000 and a set of Cartier wedding rings engraved for another couple, court documents said. The items were brand-new, plastic-wrapped and included a Ben Bridge packing slip. It''s not clear from court documents which items were on the packing slip.

Investigators believe Griffin stole shipments destined for Cartier and Ben Bridge between July and August 2006. As a courier, she scanned items at a FedEx office in Seattle, loaded them in a van and made deliveries.

FedEx officials told police that they suspected Griffin may have taken the jewelry, and the company began investigating her after Cartier and Ben Bridge reported the missing shipments. FedEx found that two shipments, one to Cartier in July 2006, and another to Ben Bridge in October 2006, were scanned as arriving in Seattle and reported as missing or not received by the jewelers.

The company narrowed the suspects to employees working shifts when the items arrived.

FedEx reassigned Griffin to a different job in June 2007, but she went on medical leave after an accident two months later.

Griffin reported the jewelry missing in November 2007. When questioned by police in December 2007, Griffin said a customer had given her the jewelry and she had bought the wedding rings at a pawnshop, according to court documents. When a detective told her he knew she had either stolen them or knew who had, Griffin said she was not a "backstabber," charging papers said.

Last February, FedEx officials told police that Griffin had confessed to the theft. Griffin gave FedEx a written statement saying she was "extremely ashamed and sorry," according to charging papers. She had no intention of selling the items, the documents said, but "never knew how to undo what she did so she hid it thinking it would go away."

Sandra Munoz, a FedEx spokeswoman, did not know the specific status of Griffin''s employment Thursday, but, "When an incident like this does occur, an employee will be suspended pending outcome of the investigation."

Police arrested Griffin while she was at the Regional Justice Center in Kent for an unrelated court hearing. Though she was arrested in April, Renton police did not refer the case to the prosecutor''s office until December.

Oh wow...this just makes me think of the many times a poster has come here and said their package was delivered empty

This scares me. We just don''t ever know who is handling our precious goods.

When my ring was shipped to me, Leon sent it through Brinks. I was to pick it up
at their central office. We I called to confirm they picked up my package from the plane,
they didn''t have it. I freaked! I called Brinks in NYC and after a long delay, they told me
the package was in Dallas, I''m in Houston. Leon made the mistake, he was very apologetic,
insisting he now owed me one. (that''s a first!) After 2 looong days, I went to Brinks and picked up my ring.
It''s really scary, I was very concerned about who had the package, where it was, etc... It was not insured
by me at that time, but Brinks insisted it was covered until I picked it up.

I just don''t trust UPS and Fedex anymore, but what are we to do, ya know? I''d use Brinks again, but I think
they require a certain value to ship. 50,000. comes to mind, but I could be wrong. If anyone knows,
I''d love to know for future purchases.

That''s scary. I wonder how much jewellery goes missing each year by the shipping agent.

Isn''t the shipper, be it Cartier or anyone else, responsible for jewelry they send to you, until you sign for it?

Aren''t they responsible for insuring it gets to you, period?

If not, why would anyone send jewelry in the mail?

UPS stole a piece of Louis Vuitton from me- jerks.

I haven''t read any threads about missing items and empty courier parcels.

What generally happens if you find you have an empty box? Presumably you''ve signed for the package - does that immediately absolve the courier?

Life is not a dress rehearsal

I would think that when you sign for it, it''s your responsibility. I am so freaked out now. Before I sign for anything I''m going to open it up and check to see whats inside. I''m about to send my Michael B e-ring back to him so he can match my wedding band and I''m so nervous! I''m definitely not sending it with FedEx or UPS. I think the right way is USPS Registered? 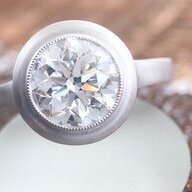 The possibility of empty packages gives me heartburn. How do you prove to the insurance carrier that it arrived empty? You signed for it, delivery person leaves, then BAM - empty package. GULP.

One thing I do when shipping high value items is mark the box with something very unique that couldn't be reproduced. If a box is opened/tampered with, the thief would have to replace the box in order to deliver an empty one. But if there's, say a sticker or unique stamp on the package (if possible, placing several over the seams of the box where one might otherwise carefully try to pry it open and reseal the same box), they can't repro that right? So I instruct recipients to look for my unique mark in the presence of the delivery person BEFORE signing for the package. After all, how could a thief get their hands on a sticker of a purple pterodactyl or custom pink Hello Kitty "Erica" ink stamp I have had since I was a child, within moments of tampering with my box? He/She can't.

I use UPS mostly for shipping at work, and we've had a few claims over the years. With UPS, you can file an insurance claim even after you've signed for something, just SAVE THE PACKAGING UNTOUCHED. (In fact, I'm not sure you could start the process without signing for the item anyway.) Basically you contact the seller, then together you make an insurance claim. If I'm remembering right, the buyer calls UPS initially to start the process, then the seller does most of the paperwork, and UPS may send someone to the buyer to look at the packaging. (If it was a broken-in-shipping item, that's crucial). Make sure you save your receipt too, that's very important for the insurance claim process. Basically UPS needs to know *why* something was insured for whatever it was insured for- like, you didn't send a $10 vase insured as a $1,000 one. With jewelery an appraisal would work as well I believe. You need proof that there was something of value in the package originally, basically. (For our antique mall, as the seller I usually provide the receipt to UPS, since we keep copies of every transaction it's easy enough. It wouldn't surprise me if some businesses would put that burden on the buyer, but it's easier and much faster for us to pull the receipt ourselves usually.)

There are so many loopholes in the process, it's rather horrifying, but I guess that's why we have to pay for insurance... it's WAY too easy for two people working together to defraud shipping insurance.

If you pay with a credit card, you can also claim non receipt of an item and file a claim with the card company. However, if you falsify the claim and actually sign for the package, then lie and say you didn't sign for it, you will get in big trouble. (We had that happen recently with a $1700 Moser vase- customer claimed she never got the package but her signature was on file with UPS and the driver remembered delivering it to her. The CC company denied the claim, then went after her for fraud, since she did the same thing with a few other antique stores at the same time.)