Would anyone happen to know if a plain wedding band would sit flush to this ring?

Someone would have to modify the ring under one side of the three diamonds for a plain wedding ring to fit flush. It could be done. Many people would opt for a less than flush fit or for a custom, fitted band. A custom, fitted band, would not look nice worn alone, however. It would have sort of an erratic kink in it to fit the ring.

I'd suggest trying a plain band next to it initially before ordering the ring to be modified so the wedding band would fit under the diamonds.... You'd barely see the wedding ring from the top if you did that...Unless it was rather wide, like 3mm or more.
David S. Atlas, GG(GIA) Certified Sr Mbr(NAJA)
ASG(AGA)​
https://datlas.com/ideal-scope-store/
M

Thank you so much for your reply. Do you think it would look "strange" if it does not fit flush? What do most people do who wear a band with a three stone ring?
Rachel

Does anyone have any suggestions on getting more information on Stuller mountings? I have used their on-line catalog, but it's a little difficult to see the difference between some of the mountings. GOG has some pictures, but the one with the style numbers are a little small and hard to read.

Basically, I'm looking for a 6 prong, knife edge shank in a low setting. Also, I'm not particularly fond of the one with the dramatic taper below the head. The best style numbers that I can come up with are 15520604 and 15520615. Any ideas on getting a better luck at these particular styles and perhaps determining if any other ones fit my requirements? I just sent an email to Stuller, but I thought I'd also check in here. Thanks!

...sorry about the hijack 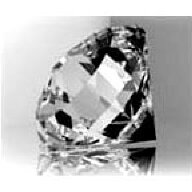 I have a 3 princess stone ring. My diamond wedding band does not sit flush against my engagement band. It's flush against the center diamond instead. It has never bothered me. I really like it that way. It makes my wedding band look important instead of disappearing under the engagement ring. It's just a matter of taste and how you like to wear your jewelry. A friend of mine has a ring identical to the Stuller setting you are considering. Her wedding band sits the way mine does and looks great.
Fuffi, G.G., A.J.P.
P

go to superbcert.com they have great pictures of the solstice styles