Help - how do healthy people eat?

Also, I made index cards of the things I typically make from scratch. I shuffle through them and none of them are particularly difficult or time consuming. My cards are: pizza, quiche, burritos, stirfry, soup, pasta, and bimbambap. I need to add some more dishes to my repertoire. 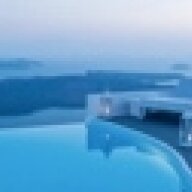 I've always based my diet off of the saying "if you can't grow it or pick it...don't eat it"

That pretty much keeps you eating very nutritious foods full of fruits, vegetables, whole grains, and keeps you away from cookies and ice cream and cheese and junk food.

Think about it, you can pick berries and fruits and grow veggies and whole grains and legumes and kill poultry and cows....you can't do any of that with cookies and ice cream and pizza.

Another simple trick that I've used before is to look at the ingredient content on the back of the package of food....ideally it should have 1 ingredient. Fruits and veggies should be fresh and picked by hand.


Sent from my iPhone using Tapatalk

Breakfast:
Fruits
You can have a slice of papaya or watermelon, a bunch of grapes or two fresh peaches. You basically eat fruits for vitamins and just to let you know, peaches are very high in Vitamin C.

Dairy
I would recommend a glass of milk every morning. Don't drink too much because consuming excessive amounts of milk can cause someone to gain weight. Just drink one glass of low-fat milk. You need the calcium in the milk to strengthen your bones.

Carbohydrate
This is meant to last you till lunch. Have two slices of wholemeal/wheat bread with sugarfree jam/slice of ham. If you skip carbohydrates, you might find yourself starving and snacking before lunch.

A fresh salad
Do not put any salad dressing in the salad because it mostly contains mayo and this causes people to gain weight.

Tea/Water
You could have green tea or just plain water.

You will most probably be starving due to the little amount of food you ate during lunch.
Here are some healthy snacks for you.

Dinner:
You can eat anything you want for dinner, BUT the entire dinner cannot exceed 600 calories.
Eat healthily. You know what is best for you.

Tips:
No eating after 8p.m.
No drinking of sodas or carbonated drinks.

These are websites that might help you. They help to calculate the calories in a food item and even help you to track your calorie intake with a schedule.

.
I am told often enough that I eat 'all the wrong foods at all the wrong hours' ... and this is true. Also, that nobody eats as little as I do - which is only nearly true; it is quite unpleasant to do otherwise (nb.).

I cook everything - a full half an hour / day ,-), if even. The kitchen is stocked with grains, beans, pasta, potatoes, some great olive oil (they make it here & it shows !), a collection of dried plant matter (onions, garlick, variety of peppers - learned of here) herbs & spices that turn the above-mentioned into food, alongside cured cheeses & Spanish ham (the kind that hungs from the ceiling in pubs, best). Honney never runs out & I sure go through allot (nearby grocer provides a ridiculeously nice & ever fresh collection thereof). Wallnuts & almonds from the new crop are piled in a corner (to dry, while they last); then, I troll the fruit market a couple of times a month, the fish monger even more often (it is nearby). Cestnuts are in season, of course. Red meet ... I like fish too much to bother with red, when I do get any, it better be as good as I remember: pork sure is the best in the world here; I like lamb - home country Easter tradition; and game - chore as it is to deal with. The typical meal is a handful of grain/beans etc/pasta next to a toss of season plants (in a cookbook length list of ways), on top of which, the other stuffs contribute their taste.

None of my kitchens never smelled as good as this one (because of the herb crop), not since chieldhood ... I am told that my food has strong taste, in general (from curing, smoking, peppering & spicing, & garden stuffs).

This has been my way of doing things in Spain, for more than two years. I am moving, so things will change entirely, yet again ... Usually, the local traditional food becomes my staples, & I pick habits from among them. I will likely take up calling warm bread & olive oil, a meal - everyone's breeakfast here, oftem my lunch.

Sure do miss a few things from 'home' ... the fresh dairy (exotic locally, we had a Milk Market back in the country !), pickles that are not olives (my bad for not making them, truth be told - as if there is much to 'make' in letting them sit), baking (rental does not have oven, because ... almost nobody has one, incomprehensibly).

I might not eat out much, but would have cake & coffee in the people-watching places, as often as possible. EOY sweets here are something else ... Things with much whipped cream are the year-round greats (no sauercream in sight !).

COH - I am not good at it. 'Picked a taste for Belgian & Irish beers & single malts, from stints on their own turf - not that I can handle any of them, really (forshame ...). Wine, better make its case.

Coffee, teas, tisanne ... in this order; certainly too much of the first ! Today, there is cammomile & linden in the house (must find out why these are so great & sold loose here - like botanicals), but no real tea, so some of the usual - white, gunpowder, ceylon & puerh, will have to be bought asap. (Note to self: I must try matcha, this lifetime.)

H2O - I do not like water to have a taste. Much 'con gas' (a RO thing). Lemonade is a summer dessert I have re-learned here, courtesy of one loaded lemmon tree.

These are my habits.

_
I presume I am healthy ... Nobody found differently. I have learned to live as I do, from tradition.
Last edited: Nov 29, 2017
FARE THEE WELL​