diamonds in the sky 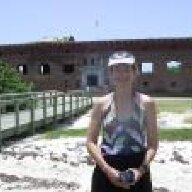 Astronomers have spotted a planet of such unprecedented density that it almost has to be crystalline carbon — in other words, solid diamond.

The only drawback to this galactic girl’s best friend is that it sounds like a terribly inhospitable place. Australian astronomer Matthew Bailes described it as “a massive diamond orbiting a neutron star every two hours in an orbit so tight it would fit inside our own sun.”

Its planetary “day “ is 2 hours and 10 minutes, and while it is considerably smaller than Jupiter, it is 20 times as dense.

Astronomers believe the planet itself is the intensely compacted remains of a once-massive star that now orbits a pulsar star whose radiation beams are detectable here on Earth. The pulsar is PSRJ1719-1438, for those of you keeping score.

The Obama administration is hoping that private enterprise will pick up the slack in our much-diminished space program. If there was ever a profit incentive to build a spaceship and load it with mining equipment, a diamond five times the size of Earth would certainly seem to fit the bill

Yes, this seems interesting. I had read about it as well. Maybe Sir Richard Branson(Virgin Airlines) would like to step up and send a ship? I believe he is waiting to go the moon someday, why not just go to the "diamond planet".