Colors Out of Space

It looks like this Japanese manga girl has one blue eye and one gray eye. In fact, both eyes are exactly the same shade of gray. The girl’s right eye only looks the same as the turquoise hair clip because of the reddish context. Part of the process of seeing color is that three different kinds of photoreceptors in the eye are tuned to three overlapping families of color: red, green and blue (which are activated by visible light of long, medium and short wavelengths). These signals are then instantaneously compared with signals from nearby regions in the same scene. As the signals are passed along to higher and higher processing centers in the brain, they continue to be compared with larger and larger swaths of the surrounding scene. This “opponent process,” as scientists call it, means that color and brightness are always relative.

Here is another example of how the brain determines color depending on the context. In the bull’s-eye structures in the top half of the checkerboard, the center rings look either green or blue, but they are all the same color (turquoise). The center rings in the bottom half of the checkerboard are all the same shade of yellow. Unlike the previous images, this type of color illusion is difficult to explain by an opponent process because the apparent color of the rings is more similar than dissimilar to the background.

http://www.scientificamerican.com/article.cfm?id=colors-out-of-space Link to an article and a few more pictures

Something to think about when looking at vendor photos. 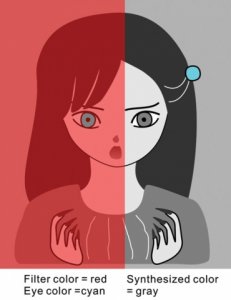 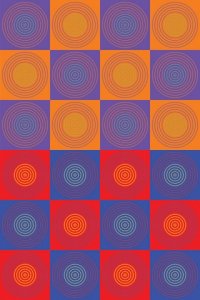 The only difference between bravery and stupidity is the outcome

That's really cool. I blew up the image of the girl, and cropped out a little piece of the "blue" eye color. When I pasted that piece on a white background, it was grey!!! 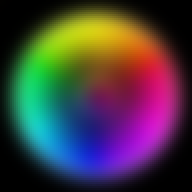 I believe those images might be from Akiyoshi's illusion pages http://www.ritsumei.ac.jp/~akitaoka/index-e.html one of my favorite all time websites. Be warned though, this site might cause a bit of disorientation - to put it mildly... you'll see.

Color is truly in the eye of the beholder.

I find this stuff really fascinating. The first example with the japanese girl drawing is really related to color theory. To me, some of the most interesting research on this phenomena was by Edwin Land, (he invented the instant polaroid). He showed that using only 2 colors, and filters you could create all the colors in a scene of say a photo. Basically, your brain creates all the colors.
http://www.greatreality.com/Color2Color.htm

Jeffrey Hunt|1307318191|2938602 said:
I believe those images might be from Akiyoshi's illusion pages http://www.ritsumei.ac.jp/~akitaoka/index-e.html one of my favorite all time websites. Be warned though, this site might cause a bit of disorientation - to put it mildly... you'll see.

Color is truly in the eye of the beholder.