Can a diamond lose value due to a certain cut style? 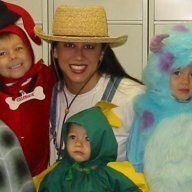 When I first started my search for a diamond e-ring, I very fortunately found this forum. I''ve read up on the cut I liked the most, asked a few questions, and got a few responses. It seems, however, that not many people tend to respond to questions about the radiant cut and I didn''t really understand why.

Initially, I thought it was just because most people think of the round cut as the most favorable cut, and there seems to be more knowledge out there about the round vs other cuts, but after something my mom''s jeweler said to her, I''m a little more concerned. I searched several jewelers (on-line & B&M stores--including mom''s jeweler) and no one mentioned that the stone would actually lose value because of its cut until today. The comment was made to my mother without me being present, and I presume it was to spare my feelings since it''s already been purchased, but she mentioned that this type of cut is not terribly popular now, and in the future, will probably lose its value.

Can anyone please corroborate or refute this comment? Rhino at GOG once emailed me and was certainly the most straightforward in his comments about the cut, but I didn''t get the sense that he thought it would lose value. Does anyone else believe the radiant cut will be worth less in the future than what was paid for it today? Thanks for your comments.

The simple answer to your question is both Yes and No.

You probably lost some value just by walking out of the store/picking it up at FedEx. (I don't know if you bought local or online.) Either way, it's like buying a car, in a manner of speaking. Buy a new one and it depreciates the minute you drive it off the lot. Buy a good, year old used car and someone else took the hit of the depreciation up front.

Then there is the fad factor. When I was a kid, Marquis (?spelling) cuts were all the rage. A diamond broker told me a couple weeks ago that modern brides (gals buying now that are getting engaged and married soon) are choosing square cuts, mostly princess. What will be next? Who knows? Why is there so much information about rounds and so many available to buy? Because rounds are classic and timeless and many diamond buyers want them.

Enjoy it for many years to come and wear it in good health!

The comment was made to my mother without me being present, and I presume it was to spare my feelings since it's already been purchased, but she mentioned that this type of cut is not terribly popular now, and in the future, will probably lose its value.

Can anyone please corroborate or refute this comment? Rhino at GOG once emailed me and was certainly the most straightforward in his comments about the cut, but I didn't get the sense that he thought it would lose value. Does anyone else believe the radiant cut will be worth less in the future than what was paid for it today? Thanks for your comments.

Will your radiant lose value? I don't think so. However, it is true that there is less demand for radiant cuts, so it might be harder to find a buyer if you decide to sell your diamond. But you aren't planning on selling your e-ring, are you?

your stone will not have a high resell value regardless of whether it is a round or a fancy. there is not the best market for resell of older stones, and if you manage to offload it at a pawn shop, they may give you 15% of the appraised value, and if you are lucky enough to have a B&M vendor take it, maybe they will give you around 50% of the appraised value. eBay is even worse--I've seen stones on there sell for 30% of their appraisal value. Everyone is looking for a deal. Seems like e-rings don't carry much value in a resell situation because people always seem to think of them as 'used'. Unless you are talking a Tiffany or branded ring, no one will want to pay a high amount for your e-ring.

so what sort of value are you looking for? as i noted, resell value, regardless of shape will be lower. it's probably rare that an appraisal amount will drop over a period of time...as diamonds in general are thought of as highly valuable, even if the resell value is not that high. if your vendor or B&M jeweler has a trade-in policy, chances are you are covered for future purchases as long as you save your receipt..they usually honor the original purchase price towards a trade-up.

so what is the concern? personally...who cares if its worth more or less in the future, its yours to keep now! enjoy it, wear it in good health. if later you get a new ring or stone, put the original one into a pendant. from what i have seen, it doesn't pay to re-sell a stone in the future, so you probably have that stone for better for worse, unless you can trade it in and get something else.

Thanks for all your comments; it's great to get good feedback! I obviously gave the wrong impression about my concern for the loss of the stone's value; it was not because I think I may want to sell my e-ring in the future, it's because there is always the possibility that I may want to trade the diamond in someday.

It's possible I may like an emerald or round instead of the radiant in five or ten years, so I might want to switch to that style someday. So, my hope is that it would at least retain its current worth or possibly increase with market value as other popular cuts tend to do so we'll hopefully not lose anything if I become so fickle. I am still very attracted to the radiant style, but as we all know from this forum, this is a big purchase and nobody likes to make an unintelligent decision.

Is there a value in my sentiment for the style today & the sentiment that the stone represents? Absolutely. My love for the man who gives this to me doesn't change, nor does the excitement that the symbol of an e-ring provides decrease, even if the dollar value of it does. (Just want to make that clear so a big debate doesn't start regarding that issue.) But I believe a large majority of those on this forum do tend to look at the diamond as not only a symbol of love, but also of tangible value as well; why else would we insure them, right?

I thank you all for your comments, and want to mention that I will certainly wear it with love and satisfaction regardless of its present or future value. It's also been reassuring to hear what you've had to say on this topic; thanks!

The radiant cut diamond came on the market about 30 years ago and took many of the emerald cut sales. Princess came along a few years later and took another slice out of the market share pie. The Royal Asscher, spring cut, and many many more have come on the market since. They all have a base price and your radiant cut is not going to lose value.

One of the most beautiful diamonds I have ever seen was a
Amethyst colored .76 carat radiant cut diamond at the GIA-GTL in LA.
dimonbob, GG
whiteflash.com

Why do we insure our cars and houses?? Partly because lenders make us, or the government makes us (auto liability), partly to cover our butts in the event someone falls down and can't get up or cuts their little pinky, and on and on. Mainly because it is a significant chunk of change we need to protect against loss due hazard of one type or another. Most homeowner's policies provide some amount of jewelry coverage (our is $1K), but usually not nearly enough to replace one single item as large in value as an e-ring.

Don't worry about trade up/in down the road. Don't borrow trouble, my Grandma would say. Enjoy being in love, being engaged, getting married, and starting a whole new life!

You are certainly very perceptive and read my mind with the way you phrased that question. That was just what I was thinking! And your grandmother's quote is great; I shall not borrow trouble and remain happy with the cut. Thank you!