Am I getting ripped off

I recently purchased an engagement ring for my long time girlfriend. I found this beautiful ring with a 0.72ct princess cut diamond in the centre with 5 smaller princess cut diamonds down either side of the diamond - 10 in total. I loved it but had a little bit more to spend so wanted to go for a larger diamond. The store offered me a 0.90ct diamond for the centrepiece instead.

I thought that was great - it sat in my budget, beautiful ring with a little bit of an upgrade.

For the proposal though, they let me take the existing ring with the 0.72ct diamond, then at a later date come back, return the ring and my girlfriend (or hopefully fiancée) could get the ring sized etc.

When I returned it I found out they actually make a new ring using the 0.90ct diamond in the correct size. Great.

We got the new ring though, and my fiancée thought the diamonds down the side were smaller than the original ring. I just told her that it was because the diamond in the middle was noticeably larger.

Later on I had a look at the paperwork and I noticed:

So what I assume they have done is kept the same setting and made the ring based on her finger size. Then used smaller diamonds to fit in the space available?

Anyway, this was the first time I had noticed it, and I called to find out whether there was any price difference as the new one had smaller diamonds.

I was told that the small princess cuts are chosen based on size and there was no price difference between the small diamonds.

I thought about it but it didnt seem right. I thought diamonds were always priced according to their weight in carets. So I called back and asked.

This time I was told that yes, they are priced according to their weight, and yes there would be some price difference but it wouldnt be much. Maybe $80 or $100. I said well, hey, better in my pocket - can I get that back.

They said yes, they would take it off the purchase price of the wedding ring that I am soon to purchase.

So I am wanting to know, is there any real price difference. I just feel like they are misleading me a little bit, so I wanted a second opinion from an independant third party - and you guys seem like just the people

Many thanks for your help and keep up the great work.

Yes, there is a price difference. It is small, like they describe, at that carat weight. And they may also have been straight up saying "there is not price difference" because they may have meant they charge the same either way I think the outcome is pretty fair to give you a credit. Not all would.
One Ring to rule them all. 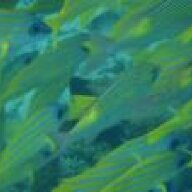 Their offer sounds fair as the difference for diamonds that small cannot be very important. Still they should have told you that right from the start but probably hoped you wouldn't notice...business is business! 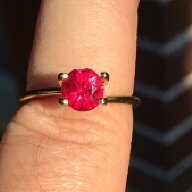 I don't know what is normal, but I would feel really put off that they didn't mention that they were putting/ had put smaller side stones in.
C

Appreciate the help - makes me feel much better

Chris
You must log in or register to reply here.
Be a part of the community It's free, join today!
Jewelry Blog