Hello everyone,
I think I am about ready. I have the diamond I have the ring insurance and I have a 7 day all-inclusive trip planned to Cancun on March 15-22 2003, and of course lets not forget I have the perfect woman

. Now I am in need of some advise on how to propose. I want it to be romantic and private. I had some ideas (candle light dinner on the beach with a violinist or mariachi band), (picnic lunch to a Mayan ruin). So if anyone has any great ideas please feel free to let me know.
Thanks a lot,
Matt Dabney 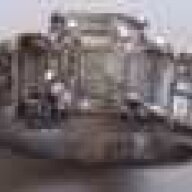 Gosh, I think it sounds like you've covered all the bases!!You could propose to her while you swim with the Sting Rays at Seven Mile Beach! Does she know you're planning on presenting the ring while you're on vacation?
Some days a diamond, some days a stone

Make Her Your Leading Lady
Arrange for a local movie theater to play a video tape of you before the feature, telling her how much she means to you and asking if she’ll marry you. In front of hundreds of adoring fans, present her with the diamond.

The Fortune of a Lifetime
Steam a fortune cookie until it’s malleable. Open the cookie, place the ring inside with a note telling her how she’ll be loved by you forever.

Time Capsule of Love
Make a box of “sort-of-real” mementos of all your best dates. For example, a swizzle stick, a movie stub, etc. At the bottom of the box place the engagement ring.

Summer Lovin’
Take her for a long walk on the beach. With the help of a good friend, have a special area set up with flowers, champagne, a few pieces from a small orchestra and a proposal written in the sand. You can tuck the ring into your swim trunks to keep it a surprise (just don’t go for a dip before you pop the question).

A Real Page Turner
Scan the cover of a romance novel into your computer and superimpose your pictures. Cut out a hole in the book and put the diamond ring in it.

Cosmic Commute
Buy some ad space on signs on her route to work and on each one ask her if she’ll marry you. Be waiting for her in her parking space where she works with flowers, a ring and a good excuse for her to call in sick that day.

Masterpiece of Romance
Ask a local museum if they would put the ring on display with a display card reading that this was the very ring used by you on that particular day to ask her to be your bride.

A Buried Treasure
Take her snorkeling and discover the ring while the two of you are looking at the coral.

Wow, this is a trip she will never forget! I like your idea of a private dinner on the beach. I've been to the ruins & they would be far too overcrowded for your proposal if you want to keep it private. Also, you could always have the waiters put a table at the pool area for your dinner. Most pools are closed in the evening but are lit up from within & is a very romantic setting.

Sounds like you've got a pretty good head start on the proposal already! Since you're already heading for Cancun, you should have quite a few options open to you, but since you mentioned the Mayan ruins idea, I thought I'd give a comment.

When we vacationed in Cancun a number of years ago we hit a few of the popular Mayan destinations, but if I were going to propose to my sweetie at one of them, by far the most romantic choice would be the ruins at Tulum. Although relatively small compared to the more famous ruins at Chichén Itzá or Uxmal, Tulum has the distinct advantage of being located right on the coast, literally overlooking the stunningly blue waters of the Caribbean. The view of the ruins standing guard on a cliff above the water is truly a breathtaking sight, and I would imagine it would set the tone for a very romantic proposal!

Here are some pics I found on the web of the general beauty of the site. Note though that these pics barely scratch the surface of just how breathtaking the view of the Caribbean is from the ruins! (Those last four pics are from a nice collection at: http://community.webshots.com/album/32602773KcAXwG )

The only problem with going the ruins route is that there tend to be a bunch of other tourists there. I have no doubt that you would be able to find a nice secluded spot somewhere to propose (my sweetie and I found ourselves all alone a few times), but you might have to search a bit to find it. This would be a problem at any of the ruins though, so you may want to keep that in mind. Even with that factor though, I can think of few places that would be more romantic!

Another (non-ruin) idea that may be worth considering is a day-trip to Cozumel, which is an island off the coast of Cancun. It's a popular snorkeling/scuba destination, and has a lot of atmosphere in its own right. Perhaps a day of diving, followed by a nice meal in town and a proposal there. The possibilities are many.

It's been about a dozen years since I was there, but if I can help you at all I'll be glad to try.

How did you come to gain all of these proposal ideas?

If I didn't have bad luck, I wouldn't have any luck at all :O)
H

Thank you all for your great ideas. I am so exited. She has no idea about the proposal. There are so many options. It’s just up to me know to find the right one for us. Please feel free to open any new ideas up. This web site has helped make my dreams come true.

Thanks For Everything,
Matt Dabney
J

Did you find your special box? If so where?

These proposal ideas came from,
adiamondisforever.com

They really have some great ideas for
proposals and secretly finding ring
sizes.

Thanks for asking about the box, but I never found it. I still have a month left so if anyone has any ideas that would be great if not I will just use the box the ring came in.
Thanks
Matt Dabney

I replied to another thread about ideas to get the ring into Mexico. If this is the same thread originator, I see you got the insurance and I'm sure you checked that it would cover theft in a foreign country so I guess you are on your way.

Do you want to ask at the beginning of your trip? Middle? or End?

No ideas on the box.

In terms of proposing at one of the ruins, I completely agree with Optimized. Chichen Itza, though much larger, is often very crowded, dusty, and hot (but you should definitely check it out). Tulum is a much more romantic place, looking over the cliff to the Carribean Ocean. In my opinion, it's a lot quiter than Chichen Itza, although you'll really never be alone. Plus, most likely you'll be on a guided tour, so you kind of have to stick with your group.

One more option for you is Isla Mujeres. This is a small island off of Cancun (about a 30 minute boat ride) and it's relatively quiet and away from the main streets. My gf and I took the bus to the dock and got on a tiny motor boat (fit 8 people) and the captain (no older than 18-19) took us all over the island, dropping us off at the shopping area for a couple of hours, then to a small beach where we got to swim with sharks !!, and took us snorkelig. It was a blast. He even jumped into the water with us !! You may want to consider that beach. Although it's quite small, it's pretty quiet and very relaxing, and you're far away from college kids. I don't recall the name of the beach though.