Many liken this type of tourmaline’s color to the warm blue of the Caribbean Sea, and Kaufmann de Suisse has created a more literal interpretation with jeweled oceanic creatures in tow. According to Kaufmann de Suisse, the necklace was designed “to highlight the beauty and purity of the gifts created by the earth and the living ecosystems within our oceans, and an appeal to protect and conserve.” The necklace, named “Paraiba Star of the Ocean Jewels,” features an array of colored gemstones, including a 10-carat fancy yellow diamond, set in depictions of ocean wildlife.

Kaufmann de Suisse unveiled the necklace on October 18 in Montreal, and it will be on display at the company’s Palm Beach, Florida, store in January. The necklace will be auctioned next year. Visit Kaufmann de Suisse’s blog for more information and images. 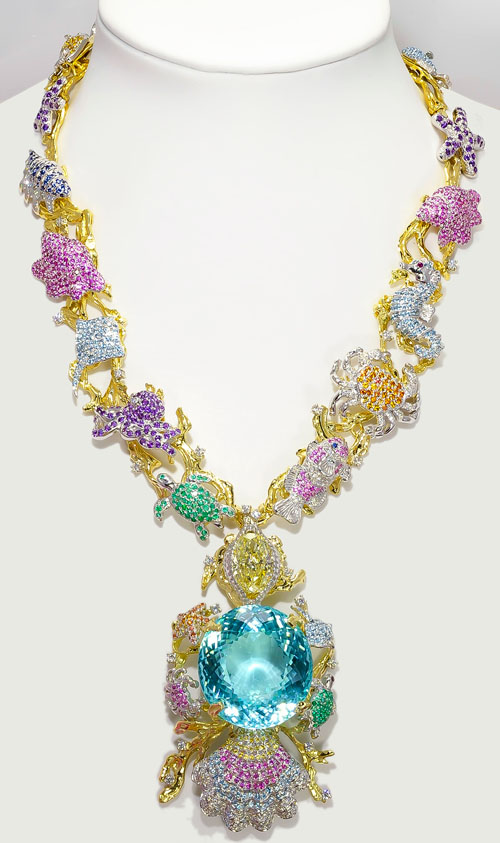 Kaufmann de Suisse unveiled the “Paraiba Star of the Ocean Jewels” necklace on October 18. The necklace is set with a 191.87-carat gem recognized by Guinness World Records as the “largest cut Paraiba tourmaline” in the world. The tourmaline, called the “Ethereal Carolina Divine Paraiba,” (shown loose below) is owned by Billionaire Business Enterprises Inc. 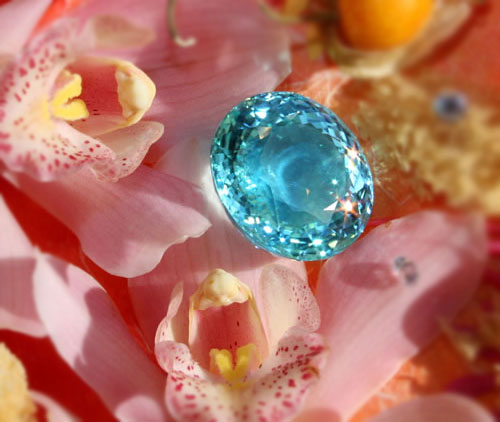