As a species we are thoroughly enjoying the production of manmade diamonds. We’re making incredible breakthroughs. We’re improving quality and using them in different sectors.  We’re mastering the craft of cooking our own diamonds in our own kitchens. At last, we’ve come to a place where mankind, using science and technology, has “cracked the code” of Mother Nature.

And then, Mother Nature surprises us right back. 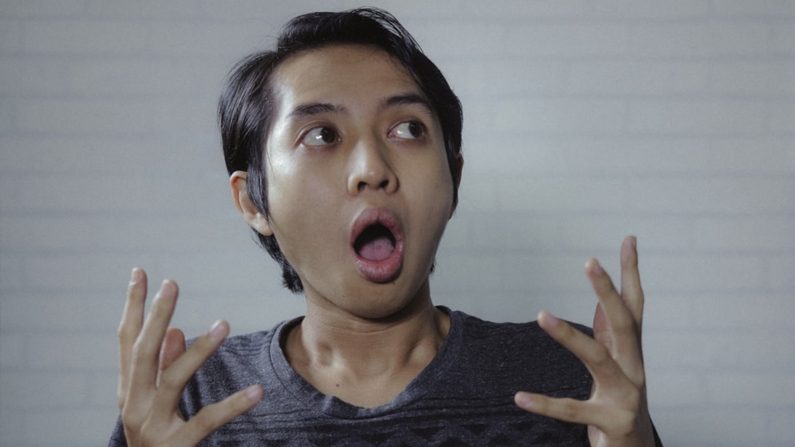 We’ll get to that.

First, did you know that diamonds can be categorized according to where they formed in the earth? There are three such categories.

The main category is Lithospheric Diamonds. They formed in the earth’s lithosphere, around 90-130 miles beneath the surface. This category is by far the most abundant and makes up the vast majority of natural diamonds set into jewelry. If you’re wearing diamonds right now it’s very, very, very likely they are lithospheric.

The second category is Oceanic diamonds. These diamonds formed adjacent to regions which, at some point in history, were covered by – you guessed it – the oceans. They’re compelling because of their base carbon makeup.

Let’s talk about that second category.

Life has existed on earth for 3.7 billion years. One way scientists have confirmed this is studying the makeup of diamonds which formed in crust which was once covered by oceans, as it became subducted. 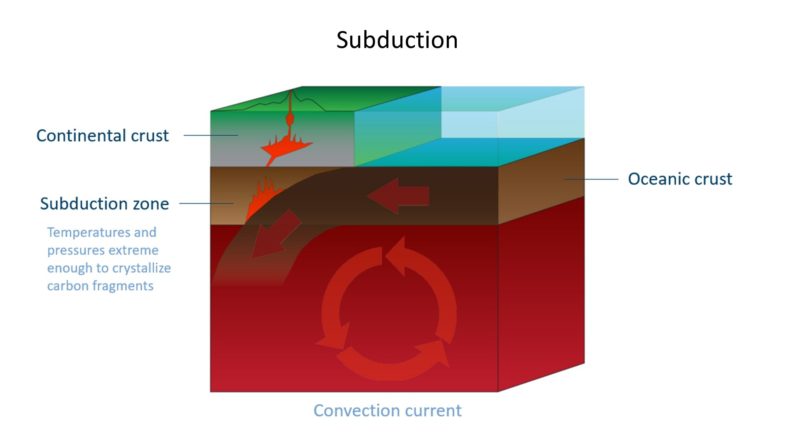 The remains of once-living creatures in oceanic crust left organic carbon behind. Such diamonds, formed with a mix of inorganic and organic carbon, have a lighter carbon isotope signature than more common peridotitic diamonds which formed in kimberlites and lamproites.

In scientific terms, common peridotitic diamonds have higher levels of δ13C (delta-C-thirteen) than oceanic diamonds, where the δ13C value drops, due to that lighter organic isotopic signature. Summarized…

When researchers call something “super” you know it’s going to be cool. Super-Deep Continental Diamonds formed far below the lithosphere, down in a transition zone between the upper and lower mantle, at depths between 180 and 620 miles. 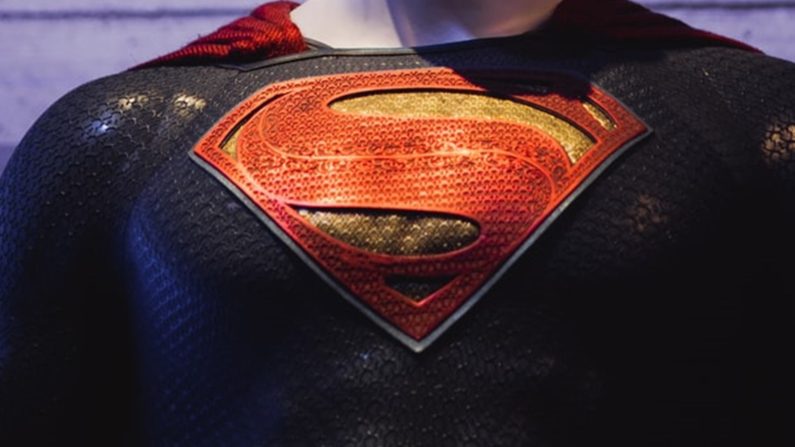 That needs to be put into perspective. Remember that the Kármán Line, the internationally recognized boundary of space, is reached at 62 miles above the earth’s surface. The International Space Station orbits our planet at 250 miles above. 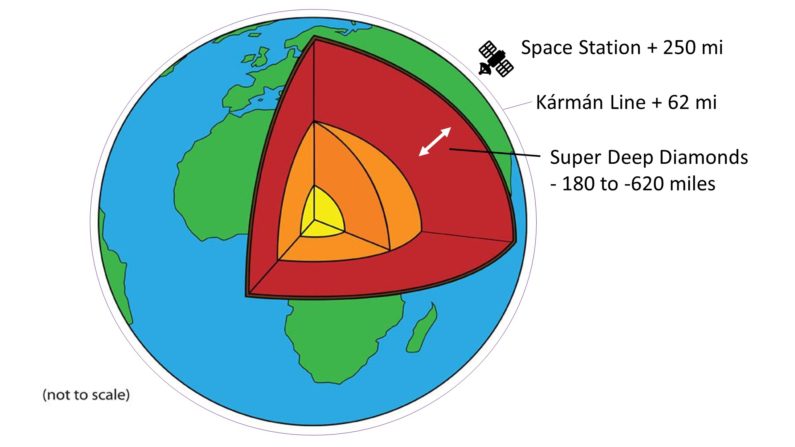 Reversing that, Super-Deep Diamonds formed in places so deep in the earth that we would classify them as forming in “space” above – some even deeper than we park our “spaceships” above…now that really is SUPER deep.

By the way, the farthest humans have artificially penetrated the earth is just over 7.6 miles, at a diameter of 9 inches. 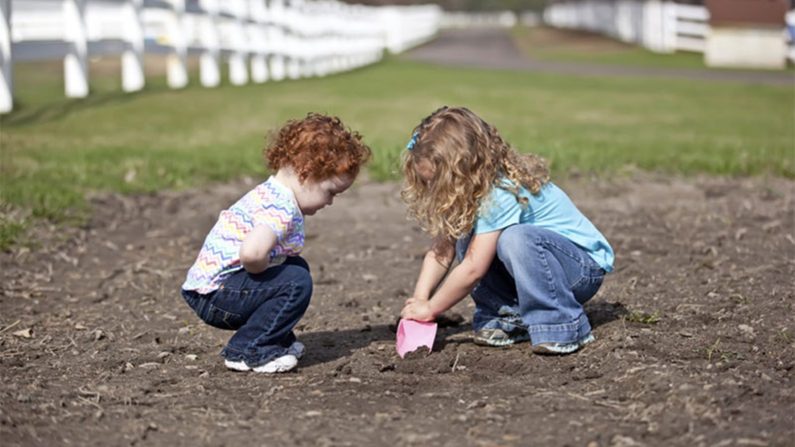 Superdeep diamonds can be transported to shallower depths through mantle convection cells, then brought to the surface by kimberlite eruptions, allowing scientists to study them in “depth” and detail (see what I did there?).

According to an August 2021 study published by Nature.com, diamonds, certain Oceanic Diamonds, formed billions of years ago, share the shape and composition of manmade HPHT synthetic diamonds.

“Such oceanic diamonds share morphological similarities with synthetic diamonds, e.g., they are euhedral to subhedral with cubo-octahedral shape and low nitrogen aggregation, which led some to question their natural origin.” 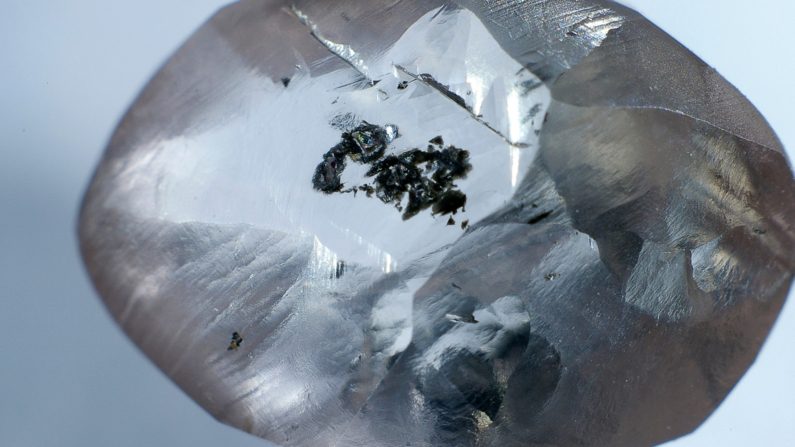 This is fascinating, in and of itself. These days we tend to associate low to no nitrogen content (aka Type IIa) in gem-quality diamonds with sterile, controlled manmade productions. Of course we know Mother Nature produced rare Type IIa specimens in certain cases – but realizing these diamonds formed with base-carbon from previously living things is a completely new twist.

So twisty, in fact, that it led some career researchers “to question their natural origin.”

The more intriguing discovery involves these mysterious Super-Deep Diamonds, previously though to have formed with inorganic base carbon like the most common peridotitic diamonds which reach the surface.

Not so fast… Upon review  (drum-roll…) Super-Deep Diamonds have δ13C values closer to those of Oceanic Diamonds, implying the presence of organic carbon. 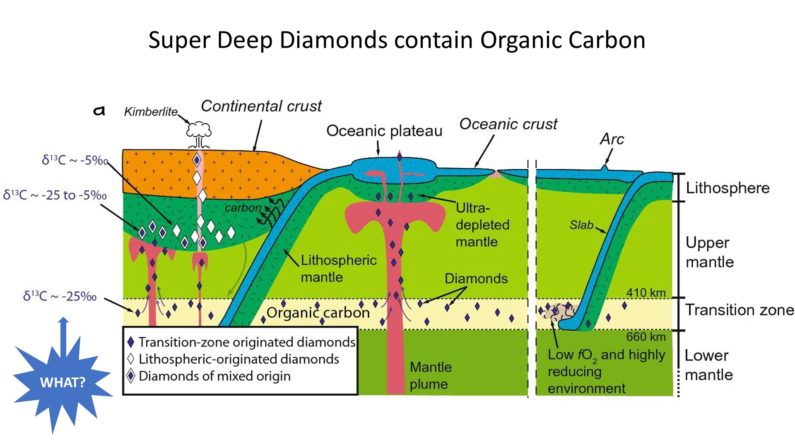 She does it again

The research provides a basis for better understanding connections between all three categories of diamond – linking them to “mantle plumes, ballooning hot rocks driven by plate tectonics and the supercontinent cycle from deeper earth” – but ultimately acknowledges the presence of recycled organic carbon in Super-Deep diamonds as a super-surprise that needs more study.

In short, Mother Nature continues to amaze and delight us. Just as mankind seems to have “cracked the code” on the miracles of diamond creation up here, in our laboratories, she tells us “not so fast” and presents more earthly mysteries we have yet to solve.

Did you know about those three diamond categories? Do you think you’re wearing a lithospheric or oceanic diamond? Does having dead critter carbon in your diamond sound icky? Is there a market for a gem-quality super-deep diamond brand? What PriceScope vendor should carry them? What would the promo slogan be? Did you know space was so close? Did you see Captain Kirk fly there last month? Is Mister Spock jealous about that or non-emotional? Would you wear dilithium crystal jewelry? Would that make Scotty mad? 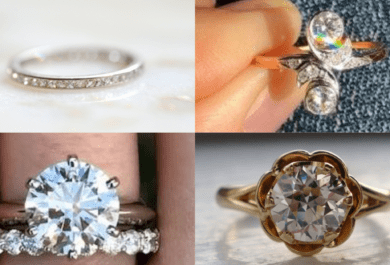 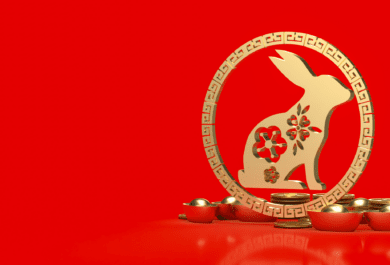