Get the Look: The Jewelry of Bridgerton

Bridgerton dropped on Netflix on Christmas Day and people are burning through it with incredible alacrity. For the first season, it is amazing to see such a hit in the making. What we are looking at, however, is the jewelry! There is so much decadence to enjoy, it is a feast for the eyes.

This period piece is set in the Regency era and based on the Bridgerton book series written by Julia Quinn. The primary focus is on two families that are dancing through the trial by fire that is the season for introducing children of marriable age to society. The high society of the time or the “Ton” is rife with scandal as the pamphlets of a mystery writer named Mrs. Whistledown reveals the secrets and missteps of the upper crust. There are elements of a good old bodice ripper here as well, so there are certainly episodes to not watch with sensitive eyes in the room.

Produced by Shonda Rhimes’ Shondaland, known for its binge-worthy dramas with clever twists and turns lurking around each corner. We can expect characters rising and falling as if with the tide. They spared few details in the creation of this beauty, and the costume designer Ellen Mirojnick brought the characters to life and determined how best to snare the interest and delight of a modern audience.

Even by dividing the looks of the two central families to visually declare their subtly differing station within the Ton. Each character has a jewelry style that gives a visual representation of their personality. Take a look at the above image of the Featherington Family. The family largely dresses similarly as a unified front. Even dressed in nearly matching outfits, the jewelry is unique to the characters. Some wear large imposing pieces, some wear dainty flowers on ribbons, many are somewhere in between. It was all so well thought out, that we may re-watch to see what we missed.

The colors are certainly brighter and more vibrant than what would have been necessarily available at the time.

Mirojnick when speaking to Harper’s Bazaar relayed that she wanted to overlay the look of Bridgerton’s Regency-era “with a bit of a modern sensibility, make it aspirational, intriguing, and with somewhat of a layer that would actually be very imaginative.”

She summed it up with a relatable analogy. “If you open up a Harper’s BAZAAR magazine of December 150 years ago, or a hundred years ago, it would be dull, it would be faded, the pages could be yellowed, and it could be kind of tattered, right?” she says. “But when you open up Harper’s BAZAAR today, it’s crisp, it’s clear, it’s hued, it’s either intense or pale or however the photographer feels about the subject that is being photographed. It’s rich and it’s of the moment and it’s clean, right? It’s the same thing of doing a Regency-infused show now, as opposed to replicating the exactness of the period.”

The historical counterpart to Gossip Girl, Mrs. Whistledown is voiced by none other than Julie Andrews. We cannot imagine a more marvelous narrator.

Have you watched Bridgerton, If so, What jewelry caught your eye? We are excited to share the appreciation of this much beauty with the PriceScope Community. 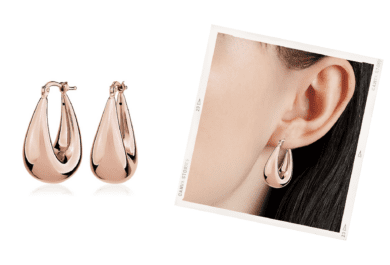