Diamond Prices on the Rise

Last month, our rough diamond news roundup showed rising and record prices for diamond rough. Prices are rising for commodities worldwide, and diamonds are no exception. With demand from India and China increasing exponentially, the trend is expected to continue.

Idex reported a dramatic rise in polished prices in February 2011. Read the article at Idex.

Updated at the beginning of March 2011, the Pricescope chart shows diamond prices at pre-crisis levels in addition to price increases in diamonds smaller than 4 carats. Diamond Price Chart. 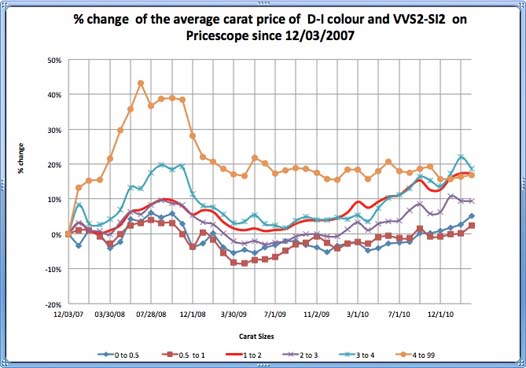 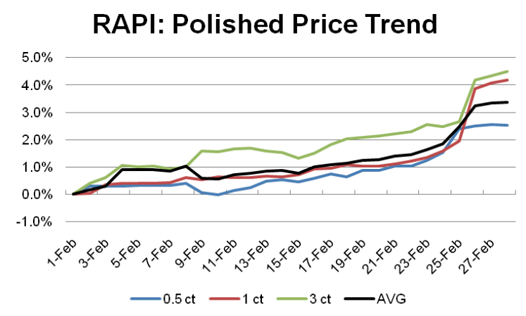 While the U.S. is the largest diamond jewelry market worldwide, “De Beers said last month demand from China and India gained by 25 percent and 31 percent respectively in 2010, and forecast that by 2015 China, Hong Kong, Taiwan, India and the Gulf would account for almost 40 percent of global demand.” Read the article at Bloomberg.

Recovery of “more than 500 rough diamonds greater than 10.8 carats in 2010 at its Letseng mine in Lesotho” in addition to rising diamond prices equates to higher profits for Gem Diamonds. The mining company reported an 9.5% increase in revenue from 2010. Read the article at Idex.

China on the Rise