Did anyone just see "What would you do?" on ABC just now?! They had hidden cameras in Kleinfeld, seeing what people would do if a (fake) mom said horrible and insulting things to her (fake actor) daughter. Anyhoo, it was being filmed as I tried on my dress, and I was in the background in my dress, but the two Irish girls, one brunette, one blonde, who jumped in are two of my best friends, who were there with me!

NO but I wish I did! I would totally be the one to jump in! Ha! That''s really funny that you were there when they were filming that! 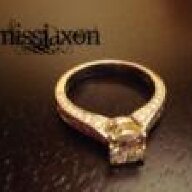 Did you know it was airing tonight? That is so cool!

aw, I missed it! did your friends intervene?

Did you buy your dress from Kleinfeld?
P

I wish I could see it... I found the story on it though. Pretty cool

Funny, my fiance is going to Kleinfeld''s in nyc soon. I sent that story to her jut in case she runs into a crazy momzilla!

The video is online, too. If you go here, press the "More" button under the segments about "Public Hazine" -- and the video is called "A Momzilla Gone Mad."

Aw, ABC.com don''t have it up there yet! Their site is pretty good at keeping stocked wtih the latest episodes of shows - just not this one I guess!

Hopefully it will be updated soon.

MissJackson, that''s cool! I had no idea it was airing last night - juts caught it by chance! Was so great to see my two girlies up there, haha!

TheBigT, yes, I bought my dress at Kleinfeld. I got the Amsale Ella - pic attached. It should be in to the store in a few weeks - my wedding is at the beginning of July. It''ll all start to feel real when I go for my first fitting! (better lay off the muffins 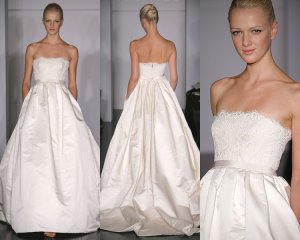 Oooh, I just saw that you can see the whole bit from that link that TheBigT posted - thanks TheBigT!

If you go to -2:12 in the clip you can see my three friends - two fully intervene! Oh, and you can kind of see my back for about, oh, two seconds, holding a red bouquet! haha!

Yay for your friends! They look like great friends. Very pretty, too!
Now a Mrs.! 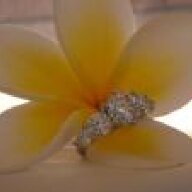 Ah how cool to be seen on TV!

But did the actual video stike a chord with anyone?

I think i might make my mum watch it before i take her dress shopping! 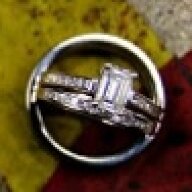 Hehe, I heard about that show! Too neat!

Gorgeous dress by the way! Please post pictures when you get them! 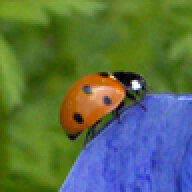 Good for you for having the kind of friends who would help someone out like that!

Also, that dress is GORGEOUS. Defintely post pics from your fitting! 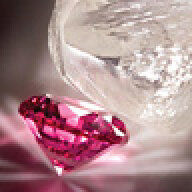 Oh wow. Your friends are amazing.

I am a plus size girl, not all that much different in size to the girl your friends stepped in to help. The girl DID look beautiful and your friends only confirmed the truth. What gems!

Luckily when my mother and I went shopping for my dress she was fantastic. We were of the same opinion on all the dresses I tried on and she even teared up and told me how fantastic I looked in the dress I actually purchased. That made me so happy. I knew she was being honest too.