What is he planning?

My BF has the ring, but he wants to do something special when he proposes. He's had it for 6 weeks. I'm reading these forums trying to see what happened with others who's BF had the ring...I'm reading horror stories of ladies waiting months and months!

I hope my BF doesn't wait that long!

My best friend is one of the few people who already knows we have purchased a ring, so she is one of a few people I can talk to about it. I was complaining to her about having to wait and she mentioned that BF told her what his plans were. But then she said..."I don't know where he's going to come up with the money to do what he wants." I'm thinking, what the heck is he doing? Also then I'm wondering why did he just buy a video game, a $70 tennis racquet and tried to buy golf clubs (but I ended up saying no to that one

)? and now my beauty is hiding somewhere and he didn't give it to me yet!

I didn't ask her his plans. And of course even if I did ask her she would not ruin the surprise. But now I can't help but wonder what he's planning. She also mentioned that she's sure I'll get a proposal by our vacation, but that's not until November. Booo!! I told BF I did not want to wait that long! Also now that the holiday is over I don't forsee any special days coming up until Labor Day. Then it's BF's bday and then our vacation and THEN our 3 year anniversary. Oh man I'm really beginning to think I'm in for a wait! I know I can make it that long but I don't want to! I want to think it's going to be sooner

Feel free to tell your stories/updates about what's going on with your future proposal. I would love to hear them as I think it would help cheer me up and motivate me to be patient.
**former lurker** ;P 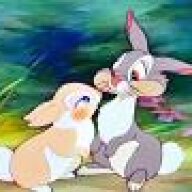 Wow seems like there's alot of things coming up and multiple senarios!

I say be patient! I once knew a girl that blew up at her *now fiance over when he was going to propose. They got in a fight, he got so mad at her, he threw her the box and said "There are you happy now?"

It's funny when she retells it, but can you imagine??

At least you know he's planning something and he's trying to make it special for you. The anticipation can be difficult so just keep your head up!

*I am also anticipating a proposal Sometime within the next 6 months...ish.. haha. My problem will be, I get to see the ring and try it on for size at the jeweler (we are going with either LM or GOG for our custom), but then I'll have to immediately have it taken off so he can have it and hide it somewhere in our apartment while he waits for the right time.

Oh my gosh! That story is awful! I have a horrible one too. I have a friend who was pregnant with her FF's baby. They had been talking about about getting engaged before the pregnancy had happened. Her FF had wanted to buy her an expensive ring. He would have had to save a long time for it. But with the baby coming, my friend wasn't having it. She didn't want to "waste" all that money on some bling. So she found a ring she liked at a reasonable price and purchased it behind his back. She then gave it to him and said he could propose "when he wanted to". Three months later he still had not done it!

So fast forward to the day she was having her baby shower. She ended up throwing a fit at him. In her mind there was no way in heck she was going to that baby shower without a ring on her finger, no sir! Well as she was all upset from blowing up on him and getting in her car her FF (now husband) proposed. She was able to take her ring to her shower and show everyone. She regrets it now and is totally embarrassed by the story!

I would NEVER do that to my FF! I love him, I know he loves me and I fully trust that he is doing me right. in fact if I were at all worried about what he was going to do, I doubt we'd have made it this far in our relationship. I just can't see the point of forcing a proposal at all. I would rather the guy want it as much as I do.

With the slim pickings for good men like that out there, now you can see why I am 31 and never married!

I actually think that the day I wrote that post I was more upset that BF had told my best friend what he was planning and I was jealous that she knows and I don't. I also got to wear my beauty for a few hours at the jeweler's, but now it's hiding somewhere in my house. I've been doing really good and I haven't even looked for it! BF said I would never find it even if I did look.

**former lurker** ;P
You must log in or register to reply here.
Be a part of the community Get 3 HCA Results
Jewelry Blog