I found PS just a few weeks ago during my online research and education into the world of diamonds and anniversary bands. After ten years of marriage, I told my husbnad that I would like to add some diamonds to my set. Before now, the only pieces of fine jewelry gracing my body was my e-ring (not enagement ring, "e-ring!" LOL!) which is a classic, simple .50ct solitaire on a thin gold band and the simple, thin gold wedding band that goes with it.

Had the internet been around when I was a kid, I guarantee that my mother would have been a PSer. Cleaning her much loved jewelry was an event for my mother. She would set up her machine (I guess it was some kind of ultrasonic?!?!?) in the kitchen and get to work cleaning her many pieces. She has always enjoyed and worn her jewelry and I just was never that into it. People, I have never cleaned my e-ring. Thanks to PS, however, it has been cleaned and it is sparklier than ever.

And now, because of PS, the following items are now on my running list...

1. Anniversary band. Already found and hopefully purchased by DH.
2. Sapphire Maternity Band from SP made with light blue ("baby blue") sapphires. Yes, I have already been in touch with Pawel, he said they could do it. As they would have to order the light blue sapphires for me, it would not fall under the return policy, but yes, they can do it.
3. Etienne Perret Starlight Band to stack with the aforementionned maternity band. Was not even aware of the stacking phenomenon until now. And I Iove it.

What has happened to me?!?!? LOL!!!! I am totally obsessed with PS and now want to treat myself some of the finer things. I am on PS constantly looking at everyone''s gorgeous rings and planning my list. Before PS, I was a jeans and t-shirt wearing mother of two young boys who''s idea of jewelry was throwing in the garnet birthstone studs I have had since I was a teenager.

I am now thinking things like "hey, $600 for a high quality sapphire band isn''t bad... $900 for the Starlight Band isn''t bad... I work hard and I deserve it." I mean, they would look really good with my jeans and t-shirt, right?!?!? I can take on a few more work assignments to treat myself, right?!?!?

I hope you are all happy now.

I''m so with you. I hated jewelry growing up. When my later-to-be husband bought me a bracelet on our first christmas together, I felt cheated. Where was my stuffed animal?

I haven''t been on PS long enough to blame it as the culprit, but with internet shopping (I''m a very quiet girl and salespeople scare me), message boards, and white gold (everything was yellow when I was a kid), I''m hooked.
***new and improved*** 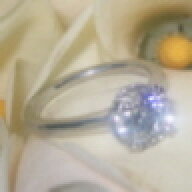 welcome to PS! stick around. it only gets better... 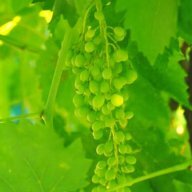 Welcome, and by the way ....I have also been ruined by PS.

I hope you are all happy now.

It''s a disease, I tell you....a disease! And the more you stick around, the worse it gets! 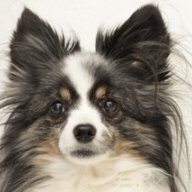 I relate to everything you are saying here. I had the same wedding/e ring for 14 years of marriage, perfectly happy, never thought about jewelry really. Til one day, I LOST it. I was so upset that even though it was insured( and I had money to spend), I could not look for a replacement without getting really sad.

Finally got a replacement(unfortunately before I found PS), who knows how ideal it is, but I love it. NOW in less than a year, I have an new eternity band too. AND a long list of new diamond MUST HAVES!!

Next is a set of studs (believe me they''ll be ideal this time) and a pendant. Stackable starts to sound good after that . . .I could keep going couldn''t I?

Welcome! It IS an addictive thing, I can only tell you it is nuts how involved one can get here...all the forums are great and informative and really give you something if you take the time to read...I really love it here, and though I can''t blame PS for my bling obsession, I can tell you it ain''t helping it either!!! Welcome to the dark side