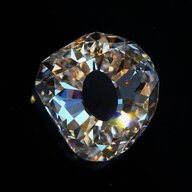 
(RAPAPORT) UPI: An 18th-century carpet commissioned by an Indian maharajah has become the world''s most expensive rug after selling at auction in Qatar for $4.8 million. Sotheby''s said the price fetched by the famed Pearl Carpet of Baroda broke a record of $4.45 million, set one year ago for a silk Isfahan carpet, The Peninsula, Qatar''s English-language daily, reported on Friday.

The Qatar auction was Sotheby''s first international auction series in the Middle East. It took in $18 million, including buyer''s premium, The Peninsula reported.

Wow, that is some rug.

There was a strand, actually double strand, of pearls on auction recently called the Baroda pearls. It fetched over $7 million at auction! I wuold think this carpet would fetch more...!

WOW! This certainly is no indication that the (world) economy is suffering!! Amazing... 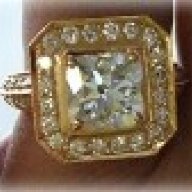 Baroda pearls, of course, are from India. You can see them in all those old photographs of Maharajas from India. Just mouth watering!