Hi,
This was my great grandmothers. What type of piece of jewelery is this? Or is it a button? It's the size of a quarter, has a pearl center piece, with Diamond stones around it. Please help! 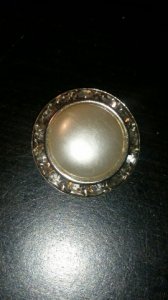 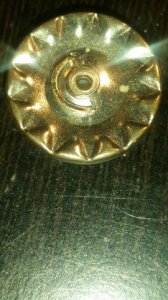 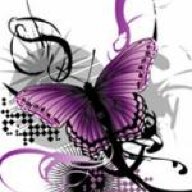 Hey! It looks like a button or a fancy piece of artwork that can be worn as decorative add-up on gown or suit. The halo around the pearl doesn't have shine and I doubt if it it's really a stone setting.
Thanks,
Heidi
www.shireeodiz.com
W

"Hi,
It looks like a button with a Pearl in the center and diamonds around it. But I can’t tell you exactly it may be tops earrings too. Whatever! It looks gorgeous in any sense.
"

I wonder if this might the top of a button detatchable button, one that's designed to come apart for cleaning? It looks like it has some sort of attachment mechanism. A lot of fancy buttons can't survive dry cleaning - something I learned the hard way.

I've had a couple of outfits for which I switched out the original buttons with much fancier ones to dress up the outfit. The first time I sent one of these suits to the dry cleaners, only one or two buttons survived the process (as I recall, the dry cleaning solvent dissolved the shanks). I had gotten the buttons on a trip to New York City; fortunately my brother lived there and was willing to go pick ups more buttons for me. I altered another garment with gold and glass buttons that probably not have done well in any tumbler. So for both of these outfits, I removed all the buttons and then re-attached them when I got them back from the dry cleaners. I'm thinking that maybe there was a time when fancy buttons could be more easily removed for cleaning, then re-attached later.
"If money can fix it, it's not a problem." ~ Tom Magliozzi of "Car Talk"
You must log in or register to reply here.
Be a part of the community Get 3 HCA Results
Jewelry Blog