This is your brain, on junkfood

This Is Your Brain on Junk Food

In “Hooked,” Michael Moss explores how no addictive drug can fire up the reward circuitry in our brains as rapidly as our favorite foods.

SNIP-O-RAMA
In “Hooked,” Michael Moss explores how no addictive drug can fire up the reward circuitry in our brains as rapidly as our favorite foods.

In a legal proceeding two decades ago, Michael Szymanczyk, the chief executive of the tobacco giant Philip Morris, was asked to define addiction. “My definition of addiction is a repetitive behavior that some people find difficult to quit,” he responded.

Mr. Szymanczyk was speaking in the context of smoking. But a fascinating new book by Michael Moss, an investigative journalist and best-selling author, argues that the tobacco executive’s definition of addiction could apply to our relationship with another group of products that Philip Morris sold and manufactured for decades: highly processed foods.

In his new book, “Hooked,” Mr. Moss explores the science behind addiction and builds a case that food companies have painstakingly engineered processed foods to hijack the reward circuitry in our brains, causing us to overeat and helping to fuel a global epidemic of obesity and chronic disease. Mr. Moss suggests that processed foods like cheeseburgers, potato chips and ice cream are not only addictive, but that they can be even more addictive than alcohol, tobacco and drugs. The book draws on internal industry documents and interviews with industry insiders to argue that some food companies in the past couple of decades became aware of the addictive nature of their products and took drastic steps to avoid accountability, such as shutting down important research into sugary foods and spearheading laws preventing people from suing food companies for damages.

In another cynical move, Mr. Moss writes, food companies beginning in the late 1970s started buying a slew of popular diet companies, allowing them to profit off our attempts to lose the weight we gained from eating their products. Heinz, the processed food giant, bought Weight Watchers in 1978 for $72 million. Unilever, which sells Klondike bars and Ben & Jerry’s ice cream, paid $2.3 billion for SlimFast in 2000. Nestle, which makes chocolate bars and Hot Pockets, purchased Jenny Craig in 2006 for $600 million. And in 2010 the private equity firm that owns Cinnabon and Carvel ice cream purchased Atkins Nutritionals, the company that sells low-carb bars, shakes and snacks. Most of these diet brands were later sold to other parent companies.

“The food industry blocked us in the courts from filing lawsuits claiming addiction; they started controlling the science in problematic ways, and they took control of the diet industry,” Mr. Moss said in an interview. “I’ve been crawling through the underbelly of the processed food industry for 10 years and I continue to be stunned by the depths of the deviousness of their strategy to not just tap into our basic instincts, but to exploit our attempts to gain control of our habits.”


SIGN UP FOR THE WELL NEWSLETTER: Get the best of Well, with the latest on health, fitness and nutrition.
Sign Up
A former reporter for The New York Times and recipient of the Pulitzer Prize, Mr. Moss first delved into the world of the processed food industry in 2013 with the publication of “Salt Sugar Fat.” The book explained how companies formulate junk foods to achieve a “bliss point” that makes them irresistible and market those products using tactics borrowed from the tobacco industry. Yet after writing the book, Mr. Moss was not convinced that processed foods could be addictive.

“I had tried to avoid the word addiction when I was writing ‘Salt Sugar Fat,’” he said. “I thought it was totally ludicrous. How anyone could compare Twinkies to crack cocaine was beyond me.”

But as he dug into the science that shows how processed foods affect the brain, he was swayed. One crucial element that influences the addictive nature of a substance and whether or not we consume it compulsively is how quickly it excites the brain. The faster it hits our reward circuitry, the stronger its impact. That is why smoking crack cocaine is more powerful than ingesting cocaine through the nose, and smoking cigarettes produces greater feelings of reward than wearing a nicotine patch: Smoking reduces the time it takes for drugs to hit the brain.

But no addictive drug can fire up the reward circuitry in our brains as rapidly as our favorite foods, Mr. Moss writes. “The smoke from cigarettes takes 10 seconds to stir the brain, but a touch of sugar on the tongue will do so in a little more than a half second, or six hundred milliseconds, to be precise,” he writes. “That’s nearly 20 times faster than cigarettes.”

This puts the term “fast food” in a new light. “Measured in milliseconds, and the power to addict, nothing is faster than processed food in rousing the brain,” he added.

Mr. Moss explains that even people in the tobacco industry took note of the powerful lure of processed foods. In the 1980s, Philip Morris acquired Kraft and General Foods, making it the largest manufacturer of processed foods in the country, with products like Kool-Aid Jell-O and Cocoa Pebbles, and eventually others such as Chips Ahoy and Oreo cookies. But the company’s former general counsel and vice president, Steven C. Parrish, confided that he found it troubling that it was easier for him to quit the company’s cigarettes than its chocolate cookies. “I’m dangerous around a bag of chips or Doritos or Oreos,” he told Mr. Moss. “I’d avoid even opening a bag of Oreos because instead of eating one or two, I would eat half the bag.”

As litigation against tobacco companies gained ground in the 1990s, one of the industry’s defenses was that cigarettes were no more addictive than Twinkies. It may have been on to something. Philip Morris routinely surveyed the public to gather legal and marketing intelligence, Mr. Moss writes, and one particular survey in 1988 asked people to name things that they thought were addictive and then rate them on a scale of 1 to 10, with 10 being the most addictive.

“Smoking was given an 8.5, nearly on par with heroin,” Mr. Moss writes. “But overeating, at 7.3, was not far behind, scoring higher than beer, tranquilizers and sleeping pills. This statistic was used to buttress the company’s argument that cigarettes might not be exactly innocent, but they were a vice on the order of potato chips and, as such, were manageable.”

But processed foods are not tobacco, and many people, including some experts, dismiss the notion that they are addictive. Mr. Moss suggests that this reluctance is in part a result of misconceptions about what addiction entails. For one, a substance does not have to hook everyone for it to be addictive. Studies show that most people who drink or use cocaine do not become dependent. Nor does everyone who smokes or uses painkillers become addicted. It is also the case that the symptoms of addiction can vary from one person to the next and from one drug to another. Painful withdrawals were once considered hallmarks of addiction. But some drugs that we know to be addictive, such as cocaine, would fail to meet that definition because they do not provoke “the body-wrenching havoc” that withdrawal from barbiturates and other addictive drugs can cause.

The American Psychiatric Association now lists 11 criteria that are used to diagnose what it calls a substance use disorder, which can range from mild to severe, depending on how many symptoms a person exhibits. Among those symptoms are cravings, an inability to cut back despite wanting to, and continuing to use the substance despite it causing harm. Mr. Moss said that people who struggle with processed food can try simple strategies to conquer routine cravings, like going for a walk, calling a friend or snacking on healthy alternatives like a handful of nuts. But for some people, more extreme measures may be necessary.

“It depends where you are on the spectrum,” he said. “I know people who can’t touch a grain of sugar without losing control. They would drive to the supermarket and by the time they got home their car would be littered with empty wrappers. For them, complete abstention is the solution.”
" - unless I am myself, I am nobody." - Virginia Woolf 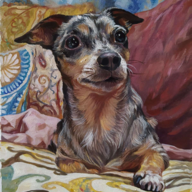 I wish I knew how to quit you food.

I agree that food can be addictive. Sugar for me certainly was. I had a sugar addiction in the 90s that I broke by going cold turkey on all added sugar. It wasn't easy. I had to cut it all out. Completely. I don't remember how long I had to go without all added sugar but I was successful and broke my sugar addiction.

Now I can eat sugar (in low moderation) and not be addicted like I once was. It was scary for lack of a better word. I was eating a roll of mentos every morning while waiting for the train to go to work. It was that bad.

I broke that addiction and can handle small amounts now and hope to never experience that again. Breaking the sugar habit was challenging. It is a drug and it is addictive for some (many?) people for sure. 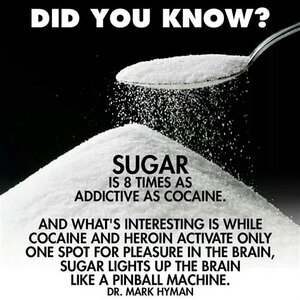 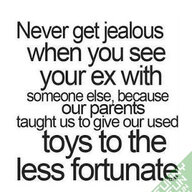 “That Sugar Film” is a good documentary good to watch.

I work in a school and can’t believe the children’s lunch boxes I see just full of packets & packets of sugary snacks.

Some don’t even have a piece of fruit & they may only have a vegemite sandwich (I am Australian but I don’t understand how ANYONE easts it. It’s horrible!!)

I love strawberries the best
well after boysenberries
More than any lolly or chocolate
You must log in or register to reply here.
Be a part of the community It's free, join today!
JEWELRY BLOG