What do you guys think about this article in the Toronto Star?
The real 'Saving Pte. Lynch'

Interesting article Leonid. I think that there is a lot of things "facts" which are not disclosed in the United States Government's attempt to justify their cause even more. Letting the media know what the true circumstances were involving the rescue and how Lynch was treated would maybe sway a little public opinion on that humanity and willingness to help in Lynch's case exist with the Iraqi people. I believe war is war and there are certain casualties involved along with injuries. How the U.S. is conveying to the US public how those injuries occurred and How Lynch was treated (if the Article in the Toronto Star is true) shows the US telling the story in a way where facts are twisted and manipulated to gain public opinion for our already justified cause for going into Iraq. I think there were probably more acts of kindness in Iraq towards the Americans than we will ever know about, but conveying those instances to the public would not be in the governments best interest and would taint the image that our Government has painted about the Iraqi's. I think it's important for people to seperate the Iraqi Government from the Iraqi people, and look at what some of the underlying factors which motivate some of the Iraqi people (soldiers) to carry out their duties. It's a different world and different government with a whole different set of rules. Now that their dictator has been ousted it will be interesting to see what develops in reconstructing & restructuring their government. 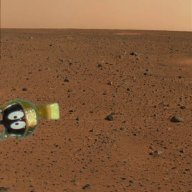 I think there are some holes in the story.

For example, if the medical personell in Iraq were that concerned about her, then why not call her family thru the International Red Cross. They also could have notified the US Army that PVT Lynch was in their care and when PVT Lynch was stable, arranged transportation with the military MD's. If the MD's in Iraq had so chosen, they also could have contacted a civillian hospital in a neighboring country to arrange transportation for PVT Lynch. This has been done many times for wounded troops in foriegn countries, both during wartime as well as peace time. It is not uncommon for medical personell to say "Screw the politics, my patient needs his/her family to know how she is, let me find them." I am sure she got decent care at the hospital, but I am not so convinced that the medical team at the hospital was consistently concerned about her as depicted in the article.

People can *see* actions, they cannot *see* intentions. The article talks a lot about the intentions of the hospital staff, but does not give examples of actions that support the claims they are making.

I do agree that it is very possible for "one hand not to know what the other is doing" in the military. This happens a lot. There are a lot of commanders who want their name in lights and even when they are told there is no electricity to do this, they press on anyway

I have seen that a lot, as my husband is in the military!

While the article brings up some interesting points, I would like to see more evidence to support what they are saying happened.
Babs
"Remember, your most important legacy is the honor and integrity of your life." Docking
F

My response is simple. It follows my beliefs. Somewhere in-between the two stories lies the truth. While sometimes "spin" exists, often perpective & subsequently interpretation there of are the culprits behind conflicting stories.

There must be many many ways to get a seriously wounded person to the other side. Piling into a vehicle and heading without warning or notice toward the enemy lines is not one of the ways. Hey! what do you know! They're shooting at us! It reeks of bullshit (I know, I know, they would NEVER lie because Saddam and Islam don't allow it). For all we know they may just be scampering to cover their butts so they don't get prosecuted as war criminals. Rumor is that she was beaten up quite badly.

If these people are in fact MDs I would hope that they are smarter and more resourceful than their actions demonstrate.


The version from the US military I'm sure does not tell the whole story, either, but I'm inclined to believe our military over any defeated Iraqi.


Here's to hoping that Pvt. Lynch is soon well enough to tell her own story.

We have a friend who is a nurse. Our friend was working at Landstuhl (spelling?) when PVT Lynche was brought in. While our friend did not discuss her actual condition due to confidentiality issues, it was confirmed that the injuries she suffered were not consistent with an auto accident.

The rescue of Jessica Lynche was a special operations rescue. It was not just *normal* military who performed that rescue. According to my husband, if Special Operations was involved, than the situation was not just a *misunderstanding* about where she was and how to get her discharged from a hospital. When Special Operations is involved, there are many many checks and balances that are done during a mission. It isn't just a "run in and run out" kind of thing. There is a great deal of specialized correspondences and many time international security clearances that need to be obtained prior to special ops doing their thing.

There are also different types of special ops, black and white, covert/overt respectfully. If this was a *black* mission, then we will never know what happened because even PVT Lynche would not be able to talk about it.
Babs
"Remember, your most important legacy is the honor and integrity of your life." Docking