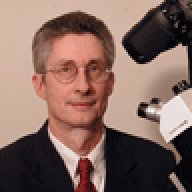 I seem to remember hearing that the Barion cut was created by a
hobbyist and its name is a combination of his name and his wife's
name.


What was the story behind this cut?

Thanks,
Ryan Thompson
The World of Famous Diamonds
http://famousdiamonds.tripod.com

Ryan has this terrific web site for you to drool over, with great images of most of the world’s famous and important diamonds.

Since I know the originator of the Barion cuts, I thought I would share with my pricescope friends the response I made to Ryan.

I have talked to, corresponded with and written about, IMHO, one of the most important but not widely known fancy diamond cutters and designers in the world, Basil Watermeyer.

I first learned of him as I did of Bruce Harding via Glen and Martha Vargas' faceting books. His Barion fancy shaped diamond cuts were hot, brilliant faceting designs in the 80's used for all sorts of shapes and cutting material, although they were designed by Basil for fancy diamond cutting to improve the brilliance and scintillation of the step cuts or emerald cuts.

His wife's name is Marion, hence Basil+Marion= Barion. Since that time his Barion cut has inspired all sorts of square and rectangular diamond cut designs including the radiant, quadrillion, and princess cuts.

His book, "Diamond Cutting", is the definitive text for entering the world of the diamond cutter. In it he says:

"---The Barion was developed in October 1970, entirely through the individual efforts of the author. It was never planned and it can be considered one of those "lucky accidents".

In attempting to introduce scintillation in the emerald cut a square cut was used as it had uniformity of shape. After abandoning an attempt at cutting halves on the base of the square cut, the 'lucky accident" occurred. By reverting the base to conventional emerald cut, the girdle-break was made. In testing its position, the facet actually started by forming a half- moon facet which is the basis or secret of linking a fully adapted brilliant round cut base with that of the full square emerald cut crown.

The adaptation of the Barion to the emerald cut met with failure. A small group of cutters, working on the Barion square cut, used their resources in this direction but failed to make the breakthrough.

After 15 months the author once again stumbled on the truth. The round cut was adapted to the square; therefore it should follow that the marquise be adapted to the rectangular shape of the emerald cut and the pendeloque to the triangle. This theory he successfully proved.

The Barion became a new basic cut, not in shape but in concept. The success of establishing a new cut depends entirely on whether it can be cut economically, compare with the brilliance of the brilliant round cut, compete in price, and whether sufficient rough shapes are available to make it a proposition - The Barion succeeded in all these fields, yet it was not an overnight success. This was largely due to the limited markets of a conservative diamond world.
These limitations suited the author, as the Barion required much study before committing large numbers to production. Improved production techniques, production costs, and stabilized markets had to be established.

World patent rights, on diamond only, were taken out with a view to protecting the cut. It the Barion was cut or developed haphazardly, its future could be jeopardized. To ensure a universal distribution, the Barion has never been committed to one market. This will ensure that the cut and make will become universally known and understood.

The word Barion is derived from the author's name Basil and that of his wife, Marion, and pronounced like Marion. Barion is not a registered trade name and can be used freely in advertising or in business.---"

Hi Michael, welcome and thank you for the post

You write with a lovely turn of phrase

Thanks Leonid, Garry and Allison for your welcome and encouragement.

I am heartened by Garry's comments on my developing website, which was redone with folks like you three in mind.

I've tried to make my work, which may seem long and academic, more visual and entertaining. Using the Highlights section to bounce around to areas of specific interest will allow a reader to digest parts of the 'Diamond Brilliance' Article without having to tackle it from beginning to end. (That even puts me to sleep.)

At any time, buttons are available throughout this work that jump you to the Conclusion section or back to the Highlights section just before you start to nod off.

I also briefly address the inverse relationship of good crown and pavilion angle combinations due to the urging of Garry and others. I want to devote another article to this giving my perspective even though it has been thourougly handled by many including myself in the past on forums such as this.