The 9-11 Flag - One Woman's Act of Rememberance

A beautiful memorial, and truly a labor of love.
"If money can fix it, it's not a problem." ~ Tom Magliozzi of "Car Talk"

As terrible as that day was, there are stores like these that remind me how great people can be.

What a beautiful gesture. I'm especially impressed that she took the time to learn a bit about many of the people whose names she was writing.

So often all of the victims get lumped into a generic number or just called "the victims" and the individual people are just sort of forgotten.

That really is incredibly awesome. I lived in Pittsburgh during the attacks, my father was to be in the pentagon that day for meetings--his offices were hit directly. I dont believe in any of the religious or deity stuff, but there was some serious "Fate" happening that day to keep him outside of that attack. I am kind of looking forward to some of the programming that day. I cannot believe it has been 10 years since the attacks happened, and honestly I feel like we as Americans have done very little to learn from it. We react, we don't plan ahead. It's sad. 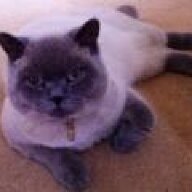 What a lady. We have been watching a lot of the programming here in the UK thats been on this week and its such a reminder of how far reaching the devastation was, and still is for so many people. Heartbreaking.

We bought a flag with all the names on it when we were at the memorial this summer. My DH is going to hang it at his fire
station. What a great memorial. It mean a lot to all the guys too. Bless this dear woman.
Mercy triumphs over judgement
You must log in or register to reply here.
Share:
Facebook Twitter Reddit Pinterest Link
Be a part of the community It's free, join today!
JEWELRY BLOG