Tell me about Ultra Diamonds

Our local outlet mall is advertising the opening of an Ultra Diamonds store. I have never seen or heard of them? Anyone here know about them/have any experience with them? Just curious about this chain... 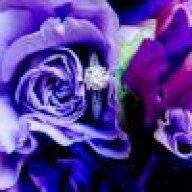 I've been and IMO they don't have anything of quality and I've been a few times to see if my opinion has changed. It hasn't, but I keep going in hopes of maybe getting an awesome deal one day.
Something sparkly is the best way to say "I love you."

Thanks! I kinda suspected that- after I posted this I found their website and really wasn't impressed.

I stopped by an Ultra Diamonds store looking for a white gold chain for a pendant and they didn't even have a single one. I was very unimpressed with their merchandise. This is not a quality jewelry store.

Well...I can, now, give you all an earful! I had never heard of the chain, but had driven my daughter and a friend of hers to an amusement park in another state a little over a week ago. I had been to this amusement park before and knew that it was located in the middle of the countryside. I had brought my book with me as well as a cold pack and the two huge grocery bags stuffed with provisions that my teenage daughter and her 22 year-old male friend might need to get them through the arduous drive from Connecticut to New Jersey and back.

Still...one doesn't want to sit in a parked car for six hours or so reading a book and eating a salad from McDonald's! Luckily some enterprising folk had built an outlet mall next to the amusement park. (Last time I was there I harmlessly bought some very inexpensive Corelle plates that were dishwasher and microwave safe and I didn't break the bank.)

Unfortunately, this time, on my way into a women's clothing outlet, where I really wouldn't have been able to get into much trouble, I decided to check out a little mall jewelry store. It was called Ultra Diamonds. Not that I noticed the plain vanilla name!

The saleswoman I met there, C, did not come off like a heavy hitter. I later came to realize that I was seriously underestimating her. She cared about what she was doing; was very conscientious; wanted to learn; and was a very sweet human being. In the days to come she was to become my ally! I wanted to see only the precious stones (rubies, sapphires, and emeralds) and the high karat gold (the highest karat gold they had was a collection of 18K gold jewelry designed by someone called Peter Lam). At first I felt a little guilty because I felt I was wasting her time, but as I looked at the pieces by Peter Lam I started to like what I saw. The 18K rose gold really attracted me, and finally I tried on a ring with 18K gold and diamonds that took my breath away! It looked spectacular on my hand!

I decided to buy the ring...and I did. I took it home to Connecticut. I never stopped loving it. I never wore it. I photographed it for Pricescope. But then I realized I just didn't need it. And I decided I should return it. (It is really hard having a mature moment!)

So...about two days after buying the ring, I took it into the Ultra Diamond store closest to me. It was inside a Burlington Coat Factory and parking there was not easy. (I was not about to drive several hundred miles back to the outlet near the amusement park to return the ring and the Internet said that Ultra Diamonds was a chain!) The manager at the local store told me she couldn't take a return but that she would look into it and get back to me. She gave me her card and said I should call her if I had trouble. So I did. Every day for the next week. Amazingly, every day that I called, she wasn't at the store! Also, amazingly, I left a message every day, but she never called me back!

So today (Sunday) I returned to the store in person. (After a long phone call with the New Jersey store yesterday during which I was told that their regional manager would e-mail her regional manager.) But when I got there, the manager wasn't working and one of the two workers told me I had to come back on Tuesday.

So I called the New Jersey store from my cell phone.

Karen, the manager of the New Jersey store, was a peach. She did everything she could to help. But nothing on earth could budge the manager or staff of the Stamford, Connecticut Ultra Diamonds store to issue me a refund. Even though it would have come from the New Jersey store in the end. I spent at least two hours standing at that counter. At one point the saleswoman told me she didn't know how to do a return from another store. At numerous times she complained about her job and how hard it was. She said her situation (being stuck between her manager and me) was untenable. (She didn't use that word. Her English wasn't that good.) She said she was going to walk out on her job. She hung up on the manager of the store from New Jersey. All in all, it was a veritable circus. I wish I could have filmed it for the edification of Pricescope!

In the end, I walked out with my ring. Karen of New Jersey had told me on the phone just to mail her the ring and she would not only reimburse me for it but also pay for my postage and insurance.

Never in my life did I see such a display of inanity as I saw in the Ultra Diamonds store in Stamford today and you should remember that I have taught fifth, sixth, seventh, and eighth graders! They like to make sounds like passing gas! 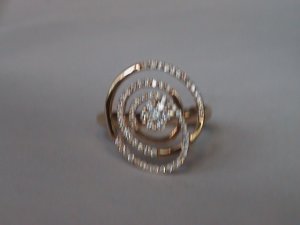 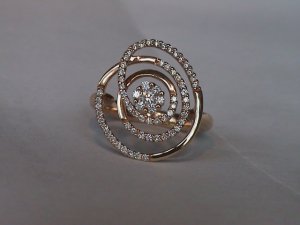 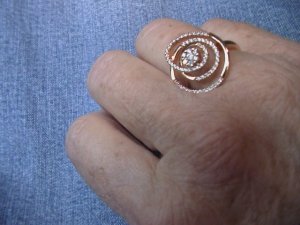 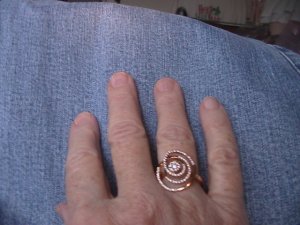