He proposed yesterday at about 2:30. Yesterday was exactly one year from the first time we met up and got to know each other. The same night, I called my mom on cloud nine and told her that I had met a wonderful man!!

For those that missed some of the story, here''s the complete story:

All week my boyfriend had been talking about going to dinner on Saturday. He mentioned it was the anniversary of the date we met. On Friday night, he told me he had something for me. He really wanted to give it to me that night, but wanted to wait until Saturday. So Saturday he came by after work and he put his jacket down. We sat on the couch for a few mintues. We were watching Bam''s Unholy Union (lol). He got up to get something to drink. He came back, and stopped at his jacket. He was smiling at me, and said, "You are a cutie." I said, "You are a sweetie." He said, I want to give you something, I wanted to wait until dinner, but I can''t. He handed me a ring box. He said, "I love you, and I want to marry you." I was stunned, it was REALLY happening!! I said, "Are you serious?" He said yes. He explained that the ring was the one that his dad gave his mom when they got engaged. VERY sentimental!!!!!!! And it''s PERFECT!! I said, "Oh my gosh." He said, "Will you marry me." And I said, "YES!!" I cried. Mostly because of the thought behind that ring. I am so honored that his mom loves me that much too. Jeff''s dad passed away suddenly when Jeff was 16.

I know NOTHING about diamonds and jewerly, but I''ll try to explain the best I can. I''m probably not using the correct termanology, but you''ll get the idea, and I''ll post pics soon!
It''s yellow gold, it has one diamond in the center with tiny diamonds around it, in a square setting, and two on each side in a square setting with four diamonds around the center stone. BEAUTIFUL!!!!!!!!!! And it was probably gotten in the early 50s.

I can''t thank you guys enough for being such a big support team! Especially MustangFan!! It''s been a long 8 months on that list!.. hahaha

Congratulations cRaSh!!! What a sweet proposal and I can''t wait to see pics of the ring!
The first fondle is free. (Posted just for you Monnie!)

congratulations!! Where are the ring pics??!!

Congratulations! Can''t wait to see pictures. I''m so glad you are compromising on the date (you''d mentioned earlier he wanted to get married girl soon!).

I had such a feeling that something was going to happen...
I''m so excited for you! I can hardly believe it either!! WOW awesome!

I just had to check on today, because I just knew!!

We''d love to see the ring pics, it sounds lovely, I love antique jewelry and just great sentimental value.
I''d also love to see a picture of the happy couple along with the ring!!!

AND HAPPY EASTER TOO!

Congrats!! What a sweet proposal!!

Whoo hoo! Congrats!!! I don''t usually check PS on the weekend, but for some reason today I just had a feeling that I should check... Yippie for you!!
M

Can''t wait to see the ring, your description definitely peaked my interest

I love the idea of a ring with so much meaning behind it. Can''t wait to see pictures. I don''t know if you saw my post on the LIW list thread, but I used to be either right above you or right below you on he list, so I always kept up with where you were to see where I would''ve been had I not asked to be taken off due to knowing the engagement was a long time away. So now that you are off the list, how will I know where I "should be??"

Congrats! Now where are those pictures? 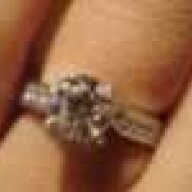 Congratulations!!! Can''t wait to see ring pictures!! I always think is a beautiful thing when the e-ring ihas such sentimental meaning..

Crash, congrats! Best wishes to you and your FI and I look forward to seeing your wedding planning details here!
Pronouns: she/her


And I'll have the pics of the ring uploaded this evening. It's SOOOOOOO SHINY!!!!!!!! and PERFECT!

Congratulations! What a sweet story....can''t wait to see pictures of the ring! 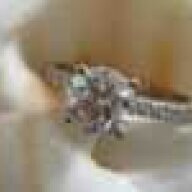