This is a somewhat unusual situation. A while back, when my dad passed, I ended up with a dozen small emeralds, from about .5c to about 1.5c. As it happerns, I know they came from the Muzo district in Colombia a few decades back. While I know there was once documentation identifying the source, that stuff isn't around anymore. While I'd love to get certification of origin somewhere, what it'd cost at, say, GIA is just way too much as they aren't especially valuable stones. Saturation is fairly low for all of them, and what GIA would charge might even be more than some of them are worth. Anyone have any ideas where I might get a less expensive certification of origin for these dozen stones? I've attached a not so great pic of one which should at least give a general idea what they look like, except this one is maybe somewhat more on the heavily included end than most are. But it does show their color pretty well. 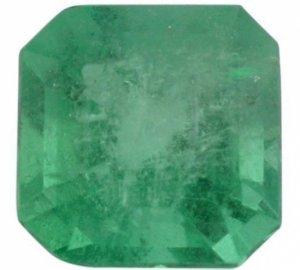 Given their size, colouration, and clarity, I don't think you'll gain anything by getting an origin report. Origin only matters for stones that are outstanding.
Sometimes the mind ignores what is logical because the person cannot accept the reality of what it is.

I think you should just do a gem brief from AGL. I agree with Chrono, don't do an origin report unless the stone is exceptional.
Instead of telling people to "have a nice day", sometimes I tell them "have the day you deserve", and let Karma sort that mess out....
T

Well, the pic is of the one with the worst clarity, there are even a few that are eye clean. But they're all small, color saturation is poor, cut is not bad but not excellent, etc. Value-wise, even a brief isn't worth the money. But it's a kind of personal thing, I'd really like to somehow get certification that these particular stones are all Colombian. The fact that it isn't a value thing is why I'm trying to find a cheaper way to get origin certification.

So unfortunately, lab reports are done by the piece, not by a group. In other words, if you wanted them all to be looked at and commented on, you would have to get a lab report for each one. Since origin is your interest and GIA doesn't comment on origin, you'd have to send them to AGL. The full AGL report is the only report that AGL provides that has definitive origin - the brief does not. So you'd end up paying $300+ per stone which clearly will not work for you. You might ask around among appraisers and lapidaries to see if someone can informally review your stones and see inclusions characteristic of those from Muzo. Of course, this would be for your own satisfaction and not for sales purposes, as the only official way to determine origin is to send it to a lab.
T

Unfortunately, you just told me things I already know. Including that GIA doesn't do sourcing; just used them as an example of what a lab costs. While I didn't know just what AGL would charge, only ever used GIA and EGL, I figured they'd be ballpark similar, and it seems, given the addition of source, that they are.

This was just a grasping at straws, hoping that someone somewhere might know something I didn't. Oh, well.

By the way, there are some labs that DO charge by the lot instead of by the individual stone, but that's only when they're dealing with a large company that has tremendously large lots of stones to be looked at.
You must log in or register to reply here.
Be a part of the community Get 3 HCA Results
Jewelry Blog