Social change has to be slow? 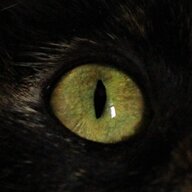 AGBF said:
I have considered starting a thread on Slavic languages since I have been interacting with you, Musia. I am certain there are may Pricescopers besides the ones that I know were born in countries where the native languages are Slavic who speak Slavic languages. Your humility about learning English has been making me think about this.

I have been lazy and not studying any foreign languages since covid19 hit. Prior to that I had been using Duolingo to refresh my French and some other languages I had started to study but never advanced in, then I decided to start learning Czech.

Why Czech? Well, my mother's family immigrated to the United States from the Austro-Hungarian Empire, the part that became Slovakia after World War I. Duolingo didn't offer Slovak and my great aunts and uncles could always speak with Czech people (also Poles and Russians) so I though I would cut my boredom studying French incessantly by studying Czech. Close enough to Slovak for government work.

Well...nothing had prepared me for how hard learning Czech was going to be for me!

I had studied German (not for long and I cannot speak it at all), but I had been exposed to at least one language that was not a Romance language. But when I saw the first page of Czech, I couldn't fathom it at all. And unlike Russian or Ukrainian, I wasn't even using a Cyrillic alphabet!

Pricscope has many polyglots. We have had some threads where members list incredibly diverse lists of languages they speak. Maybe we should do that again. It would be nice to see something positive come from this thread.
Click to expand...

Deb I would LOVE to have such a thread on PS and actively participate on daily basis! Great idea! Lets move to a new thread!
You must log in or register to reply here.
Share:
Facebook Twitter Reddit Pinterest Link
Be a part of the community It's free, join today!
JEWELRY BLOG