Shipping to Military base in Italy.. Help!!

I am selling a semi-mount and would like to sell it to a lady living in the U.S. Military base in Italy. I found out that shipping platinum, gold, and other jewelry has to be declared on the customs sheet, and insured. However, I''m afraid that the package might get opened up and the item might get stolen if I declare it as jewelry. Some friends of mine who were stationed in Germany had their valuables stolen after it reached the base, because they were told the packages were intact when it arrived, and their parents mailed it intact. Obviously it was an inside job.

1) Has anyone ever mailed jewelry to a U.S. military base in Italy? Since it''s a U.S. zip code on the package, do I still need to fill out a customs sheet?

2) Has anyone ever had a package stolen, whether you''re shipping it or receiving it? I know we have a lot of military & family on this site, so I hope to get some help.

I was told that people usually just declare it as socks or underwear, but wouldn''t that void my insurance? I do want to mail it insured, since it is a $600 semi-mount. Not that expensive, but still a good chunk of money that I wouldn''t want missing!

Thanks for all the help ahead of time.

This is what the insurance is for. Declaring something other then the truth on the customs form is smuggling and can subject you to seizure by the customs authoritys. Call it what it is, if someone steals it, file an insurance claim. 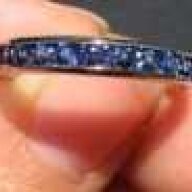 I''m not in Italy- I''m in Japan- but we''ve had problems with theft at the post offices here too. Thankfully I havent been a victim, they mostly were taking electronics here. You do have to declare it on the customs form, even though it is a US address, and it will mess up your insurance claim if something happens and you said it''s something else. The safest way to mail is USPS registered mail, because it has to be locked up at all times. It takes longer, but IMHO it is well worth it. You can insure for up to something like 20K. Hope this helps!

I guess my main question is this:

Once it reaches the base and is signed for, the insurance is void, correct? My friends had their stuff stolen by people at the base, not at the post office. That''s my biggest concern.

are you living in a military base too? do they sort thru your packages before they deliver it to you?

Registered mail needs to be signed for by the recipient doesn''t it? I"m not sure. I''ll check tomorrow unless someone else here has experience with the rules on military bases.

Thank you so much. My friends told me their parents shipped the packages w/ insurance, but once someone at the base signed for it, it''s entered as received. And it was between that time and the time it was delivered to them that the stuff disappeared. The packages arrived intact. They were told their stuff was never in the packages. 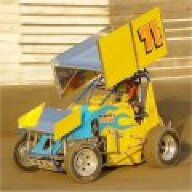 I have a PO box on base over here in Japan too...and I know people that work in the PO and who work in "Special Handling" on the military side of the postal system.

It''s been my experience that parcels sent registered mail to me have always made it. Ive seen what goes on in the reg-mail section and it is pretty much lock and key and not everyone who works in the PO has access to that section.

Different story for regular packages...I''ve had MANY never make it or opened with contents removed.

Just as others have suggested, I''d send it registered mail with insurance and make sure to keep all the receipts...Yes, the have to sign for the package when they go to pick it up. You may also inquire about having it "return receipt" in which you get a card with the recipients signature acknowledging they signed for it (and good to have to compare signatures if you suspect something is fishy). Finally, should it go missing, I don''t think the PO would reimburse you without some form of written value of the piece (and not necessarily what it was sold for). 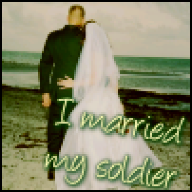 I agree with what the others have said. FI was stationed in Italy as a child and said they never had problems getting packages from the US.

Thank you so much! I''m going to send it registered mail, insured.

I''m still a little confused about the process tho. For regular mail, does USPS ship it to a location in the U.S., then have the military send it over in bulk?

And if it is sent via registered mail, the post office handles it the whole way, until the recipient signs for it?

I would also request return reciept and anything else you can do to track the package. Unfortunately, I believe that the electronic package number tracking system probably ends at the APO location in New York - but ask at the post office.

If you ship to an APO or FPO box I am not even sure that you need to fill out a customs form as I doubt that the Italian''s will ever see it. Usually Millitary mail is considered the property of the US and it never goes through normal customs (or at least that was the way it used to be 20+ years ago). Again- check with your post office (or perhaps the USPS online may have these answers).

Hi! Yup, I''m at a military base. I''m not sure what you mean by sorting through the packages- the post office receives them, and then I get a slip in my box. If it''s regular priority mail and insured, I have to sign for it. I''ve never had any trouble with registered mail- it''s not marked as received (for insurance purposes) until I sign for it. The registered packages are kept in a separate, more secure section of the post office, and I''ve been told that''s the safest way to go. They are pretty particular about it- they won''t even let my husband sign for my packages, I have to go and show ID.

BTW someone noted they weren''t sure you have to use a customs slip- I''ve learned from experience that if you don''t, the package will be returned.

My hubby works for the PO, and I have used registered mail numerous times. It is the safest way to go. You can be insured for up to $25,000 for a nominal fee. Everyone who touches this package in the PO has to sign for it out of lockup and back into lockup. It''s a great equalizer. If something happens to your package, all along the way someone''s name is in the hot seat. These packages rarely if ever get pilfered.

I would also request return reciept and anything else you can do to track the package. Unfortunately, I believe that the electronic package number tracking system probably ends at the APO location in New York - but ask at the post office.

If you ship to an APO or FPO box I am not even sure that you need to fill out a customs form as I doubt that the Italian's will ever see it. Usually Millitary mail is considered the property of the US and it never goes through normal customs (or at least that was the way it used to be 20+ years ago). Again- check with your post office (or perhaps the USPS online may have these answers).

Yes, you will have to fill out a customs form. I've sent plenty of packages to my son who was in Iraq. It went to an FPO AP address here in the states and then was forwarded. They still required a customs form!