Well, we finally decided to take our honeymoon to Seattle! Not your normal honeymoon spot but I''m very excited and it looks like a very fun place to visit. I know there''s a few of you from there or lived there so can you tell me a little about it?

Where to go, what to do? Any islands in the San Juan islands better than others? We''re considering staying a few days in Seattle and a few on the islands but not sure. If you had to choose between the islands and Vancouver, which would you pick? 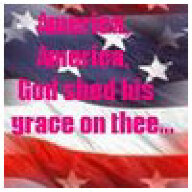 Seattle is such a great city. I loved it out in Wa state. What are you interested in doing? One place I enjoyed was Leavenworth. I also enjoyed going to Tillicum Village. There is so much to do, and the scenery is gorgeous.
There are thousands of things kids need to be protected from. Hugging isn't one of them.
A

I am interested in visiting neighborhoods, maybe some museums but probably not many, going to the outdoor market I read about.. kind of relaxing things but getting a feel for the city. Also, my FI would like to do more sitting around so that''s why we''re thinking of the San Juan Islands.
A

Date: 4/19/2007 2:36:18 PM
Author: oshinbreez
Seattle is such a great city. I loved it out in Wa state. What are you interested in doing? One place I enjoyed was Leavenworth. I also enjoyed going to Tillicum Village. There is so much to do, and the scenery is gorgeous.
Click to expand...

Thanks for those links! Both look interesting and the boat tour sounds great.
A

SDL, thank you! That''s some great information. What is Ballard? What is Bainbridge Island like and how long is that ferry ride?

Thank you so much!
A

You have had some good advices.
I have been living in the Seattle area for over 4 years. Which time of the year are you coming? There are different attractions/activities to do depending of the season.
I love it here. It is just beautiful.

August and September are my favorite months of the year in Seattle (Washington as a whole, really).. July is well known for raining through the 4th of July.. lol. August is Sea Fair month and they have the hydroplane races on Lake Washington..


To the North of Seattle is a little community called Snohomish, its very old and has lots of little shops.. and the best apple pie you''ll ever eat.

I was in the Seattle from Jan-May several years ago and I think it rained everyday except 3. I was so glad to move to FL so I could warm up and have some sunshine.

There are thousands of things kids need to be protected from. Hugging isn't one of them.

Hi - Seattle native here. August is the best month to visit for good weather. Not sure when in Aug/Sept. you''re coming. The first week of August is Seafair - Seattle''s biggest festival with parades, hydroplane races, etc.

You''ve gotten many good suggestions for tourist attractions so far. I''ll just second some of the best then give a few less touristy suggestions. The Pike Place Market is fun to visit, touristy, but interesting to walk through. Don''t drive down there though because parking can be hard to find, especially if you hit it on a weekend. In the market area, I''d recommend eating at the Pink Door - make reservations for the outdoor deck. Fabulous!

The Ballard Locks are a highlight, they''re a ways out of downtown - they connect the fresh water lakes to Puget Sound and have a lot of commercial and recreational boat traffic. Go on a Friday afternoon for maximum boat activity. There''s also a fish ladder although I''m not sure the salmon will be running then. Ballard itself is going through a renaissance and "old Ballard" is fun to poke around.

Go to the SAM Outdoor Sculpture Park and beach. It just opened in January and is spectacular, plus free! Go on a nice day because almost everything is outside and the park comes with its own downtown beach.

The Seattle Art Museum has expanded downtown and wll reopen in May. There are fantastic Northwest Native American exhibits as well as African art that make it worth a trip even if you''re not a museum nut. My guess is the expanded space will be fabulous. If you''re in to music (particularly rock and roll) the Experience Music Project (EMP) at the Seattle Center is worth a look and they''ve lowered the admission, which makes it less pricey.

For neighborhoods, go to Queen Anne Hill and visit Kerry Park which has the quintessential Seattle view - downtown, the Space Needle, and Mt. Rainier (if the weather''s good) all in one photograph. This is the view they tried to approximate from "Frasier''s" condo. Kerry Park is the one must-do on the list. Then walk west on West Highland Drive about 3 blocks to Lookout Park which looks out over Ellilott Bay and the Olympic Mountains. The best views in town and totally free. QA is a great neighborhood to walk (although I''m biased because I live there). It''s close to downtown and has lots of interesting houses and views.

If you like amazing architecture, see the new Seattle Central Library designed by Rem Koolhass. Very cool outside and in.

The Ride the Ducks tour is hokey, but fun. Part land, part sea, all corn, but everyone seems to have fun doing it. Argosy Cruises are a little more normal and give a nice perspective of Seattle from the water.
Walk Alki in West Seattle on a nice day. It''s the longest shoreline walk in the city. The best sandy beaches are here too. If you like to roller blade or play volleyball, this is the place.

For the San Juans, which island is best depends on what you want to do. San Juan Island is the biggest and has the most of everything. Friday Harbor is cool as is Roche Harbor. If you want to break the bank, stay at Friday Harbor House. They have a lot of nice places to stay and great restaurants, a winery, an alpaca farm, plus some nice history. You can look for orca whales from Lime Kiln Beach - or if you want to be environmentally incorrect, do a whale watching tour.

Orcas Island is nice, a bit quieter. Not as many great places to stay or as many restaurants although Christine''s is legendary for a reason. Rosario is the biggest resort, but underwhelming in my opinion. The Resort at Deer Harbor has nice rooms, but is not right on the water.

Lopez is the sleepiest of the islands, much quieter. Not many options for lodging/food. Great place to bicycle though.

Keep in mind that the lines for the San Juan ferries are LONG, LONG, LONG in the summer, especially if you''re traveling Friday through Monday morning. Get there early and be prepared to wait, have food, something to read and a lot of patience. Also be aware that the San Juan Islands are essentially big rocks sticking out of the ocean so are a little short on sandy beaches. It isn''t a place to go sit on a beach. Good kayaking though.

Blake Island (Tillicum Village) is touristy, but gives a look at Native American culture and throws in a nice salmon dinner, plus the boat ride is nice. I''ve only done it once and I''ve lived here forever but on a nice evening, it can be fun.

Leavenworth is a drive over the Cascades which is cool, but Leavenworth is only worth the trip if you''re into Bavarian things like cuckoo clocks and lederhosen. That''s what they do best. Me - I''d skip it and do the North Cascades Highway drive instead if I was going into the Cascades.

Lots of other things to do as well. We live in a great part of the world, especially in August!
I always try to be pawsitive.

I actually just got back from my first visit to Seattle--I was visiting the University of Washington for grad school. I have to say, I LOVED Seattle. I ultimately decided to go to the University of Michigan instead, but that was mainly because UW had a little too much West Coast mentality embedded into it. The fact that I was so in love with Seattle made the decision REALLY hard, though, and I''d love to live there someday!

I think a honeymoon there could be incredible--I might just steal that idea if we pass on Yellowstone! If you like the outdoors, there is SO much to do there, with a good deal of cultural events, too. Also, I loved how eco-friendly the entire city is--hybrid buses, recycling everywhere, and so much GREEN! Ah, it was absolutely beautiful.

Have a fantastic honeymoon!
C

hi rainwood! i enjoyed your seattle info. you make it sound like a good place to visit. thanks!
A

Thank you so much for all of your suggestions!

Alienor, I am coming mid-September and really looking forward to it!

SDL, thank you for all of those links and the info! I think I will probably take your advice on staying at Friday Harbor. There seem like some great places to stay there and plenty to do. I''m glad Sept. is one of your favorite months there since that''s when I''ll be there! I haven''t been so excited about a trip in a long time.

Oshinbreez, hopefully there won''t be too much rain while we''re there but I''m not too worried about it. Even if it rains, I''m really looking fwd to it.

Rainwood, thank you! I have made a list w/much of your suggested info. on it so I''m ready to start planning! That was a great tip about the crowded-ness of the ferries. I never even thought of that. I have to figure out what days would be best to go to the islands. I''m also looking fwd to the kayaking. I''ve never been and it sounds like a lot of fun.

Sarah, I''m glad you loved your visit! All the stuff I read about it really is drawing me to the city. I didn''t realize it was so eco-friendly. That''s great! I''m also finding that a lot of the restaurants get their food from local farms and stay organic. I had no idea! I feel like I found a hidden gem (at least for me).

If anyone has suggestions on restaurants or places to stay, I''d love to hear them (either in the city or on the islands). 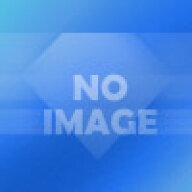 We loved the Edgewater because its right on the piers and a short walk to Pike Place and/or Pioneer Square, though you need a car for other areas.
A

My current problem is how in the world am I going to make it until September for a vacation??!! I just realized I can''t take any days off until then, unless I use sick days, or I''ll come back w/no time accrued.