It's now a little more than a month until bf and I go away on our snow break and he's been talking about the trip every single day, checking the snow reports (not sure if i mentioned before, but he let slip that the proposal will include snow in some form

) He also spoke to his best mate the other day and told him about the proposal. After we get back, he's flying down to Melbourne for a boys weekend and he'll be 'formally' asking his mate to be best man. So I'm 100% certain the proposal will happen during our trip

I'm really happy and excited about what's coming and I can't wait to get my pink beauty on my finger, but at the same time, I'm feeling a reticence of sorts. It's like one chapter of my life is ending and that makes me somewhat sad. I can't explain it, I'm looking forward to the trip and the proposal but I'm also well aware of the fact the trip will be here before I know it. Hence the subject title, I don't get the sense that time is slowing down. In fact it seems to be the opposite.

Maybe i'm just having an off day and I'll go back to a full on raging LIW tomorrow...lol....but for now, I think I'll enjoy the sanity and peace that being a reverse LIW is giving me

Anyone else ever had that experience before? 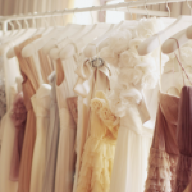 No but I wish I did hahah. Congratulations on your upcoming proposal Sounds perfect.

Just enjoy the sanity as you said because I imagine what is to come will be an incredible crazy and amazing time!

Where are you headed for your trip? Are you from Sydney?
T

I think when you have so much anticipation and excitement about the whole thing, you kind of don't want it to end, even if you really, really do! Enjoy the reverse LIW-itis!

mif - thanks for your kind words i can't even begin to imagine what is involved in planning a wedding so i'm not going to stress about it for now. we're going to a little country town just outside of the selwyn snowfields, taking our dog with us and i can't wait! and yes, i'm from Syd, what about you? tell you what though, it's been so darn cold the last week that I'm definitely not planning a winter wedding!

TwinkleStar - you've hit the nail on the head. i'm one of those people who get sad about holidays ending before they've even begun lol. So that's kinda why i'm reverse LIW-ing, I plan on only getting proposed to and married once and once I get the proposal, that's it. I can never have that moment again.

I am from Sydney too

Oh congrats that is great news, hope the proposal is amazing and I can't wait to see hand pics, is that your ring to be in your avatar?

Another Aussie here too btw, moving to Sydney in a few months

Thanks supergirl, yup that's my ring to be alright i had a couple of hand shots awhile ago (had to try the ring on to make sure it fit and couldn't resist taking photos) and I had this twisted logic that i shouldn't keep the photos because that way when he proposes, the ring will look 'new'. it seemed like a good idea at the time...

Thanks snoopkat! I'm quite a bit further north, but looking for some career advancement and a change or lifestyle so we shall see. How's the countdown to the trip going.

You are so good for deleting the pic, I would have been a lil sneaky and kept it

have you found a place in Syd yet?

Hope the pre-trip planning is going well, if you haven't headed off already. If you have, engagement dust

Ps. I just have to 'crack up' at the BOM monitoring it such a male thing to do!

Sorry to threadjack Snoopkat about my potential move. I have applied for two positions, and one is still coming up. I am very hopeful I might be successful with one in particular, it is in a great spot in the northern Sydney area.

Good luck with the job hunting

We leave for our trip next weekend, can't believe it's almost here!