Question for those who have ID Jewelry

Hi all,
I got a quote from ID Jewerly on an eterntiy ring and she (luann) said it was for Pricescope quality stones.
Does ID Jewelry also make jewelry with lower stones (I'm guessing this is lower color/clarity/cut)?
Have any of you heard of this before when you ordered your eternity rings? Did anybody order a ring and not tell
them that they were Pricescope members? Just wondering what quality of stones you got.

Any feedback on different levels of stones from ID Jewelry would be appreciated.

I can't speak to what the "normal" stones would be (hoping somebody who bought before they found PS will chime in), but I got the sense that they cherrypick the kinds of stones PSrs will love if they know that's who we are - when I wandered in looking for earrings and mentioned I'd found them via the site, Yekutiel automatically said, "Okay, so, H&A, you'll want below a 2 ..." and started searching for matches. Makes sense - most "normal" people might be more like, "And you're telling me this H&A thing costs more than a GIA EX because ... why?"
www.otherwise-engaged.com

Exactly what Circe said. I specified I wanted to upgrade the stones in mine and they asked my husband about parameters and he said he had no idea, I was the pricescope jewelry freak. They took it from there.
______________________
When in doubt just ask yourself...WWHHD?

Makes sense- pricescope members typically look for/expect certain quality that someone may not know or care about.

I do think that they have different criteria for PSers (in a good way) than for someone who buys off of their ebay site (for example). We DO know the difference and understand the value of a well cut stone.

Could be, and I never thought of that. I've been in the process of buying a gemstone eternity ring from them since...March. Yes, five months from now. Initially I ordered a pink sapphire band. It took 10 weeks, instead of the 4-6 promised and while the ring itself was beautiful, the sapphires were colorless, they were so 'light.' After trying to love it (initially thinking it would look to be all diamond) I couldn't because the sapphires often looked gray, I returned it and reordered in a blue topaz. I'm now patiently (that's what I'm telling myself!) waiting for the blue ring, hoping the stones will be blue, as Luann has promised.

Thinking back, I don't think I ever identified myself as a PSer. Luann has been very good in communication, though I wish they had told me from the start to expect very light pink stones, then I would have rethought the order. And the one time Yuketiel and I spoke, he was lovely, too, but I'm now wondering if I'm being handled as a random internet customer?

When I was looking for earrings for my MIL Yekutiel was very honest and told me that the pair I was inquiring about from the online listings was not going to meet my expectations. And he emailed me pics of a different pair that would be appropriate for a pricscope member... they were gorgeous, and they are the pair I bought for my MIL.

I do think they have different grades. They are after all a B&M operating in a very tough economic climate... not everyone needs ideal cut white and absolutely clear melee. Some people just want something pretty. We are a different breed and they recognize that.

I always identify myself to ANY of our vendors. It makes it very easy and sets the expectation right out of the gate.
"Experience is inevitable in life; learning from it isn't." 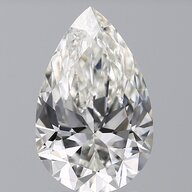 tyty, when I had my nine stone made by them, Yekutiel automatically quoted me a price for excellent cut stones by GIA standards. I think that's what he means by Pricescope quality. His "better" stones really do sparkle like crazy. Also the stones that he uses are F/G in color and SI1/SI2 in clarity. I think the mass market as well as the diamond exchange on the overall push SI3 clarity stones (which of course don't exist, EGL made that grade up) and I1s. Blech!
There is beauty, and then there is Bella.....
http://www.pricescope.com/forum/show-me-the-ring/introducing-the-whiteflash-bella-pendant-t155624.html

LOL I have never bought from them, but if this post had a like button I would hit it

Thanks ladies for the feedback. I had noticed that they had eternity rings on ebay at a cost lower than what they quoted me.
I guess these would be the non-pricescope quality diamonds which I probably wouldnt be happy with!