PSA: When you can get insurance on your iPhone, GET IT.

So I just got home from a fun girls weekend in Minnesota, Mall of America and the like. While at dinner last night at Mall of America someone actually stole my iphone! If it was on the floor near my chair they picked it up and walked off but from what we can figure out, they actually grabbed it from my purse. My friends and I are wondering if they were actually going for my wallet and it was on top, OR if it really fell out and they just snatched it. We noticed it within 10 minutes and I went running to the AT&T store, to track it, thankfully a half hour before closing. We got into the find my iphone thing, and saw it moving down the highway. The guys at the store were HILARIOUS with me sending messages and remote locking. We tried to wipe it but clearly they opted to turn it off at that point. I had a warranty and applecare, but not actual insurance on it, which is unusual for me since I usually have it. So they were going to sell me a new one for $450 as a courtesy, and my friend chimed in and said "just use my upgrade". I feel like a jerk for using it, because I could afford the price. So since she needs a new one (hers is 1st gen right now and destroyed!) I am going to pay for her replacement since I can't get an upgrade til Feb and I don't think her DH will willingly share his!

So I added the insurance on mine and they allowed me to add it to DH's and I also cancelled my secondary warranty to get a refund and will rebuy later (Squaretrade). I am told AppleCare covers stolen within the first year but I can find nothing that proves that, and when I went back to Apple today to get a replacement hardcover for the one I had JUST BOUGHT hours prior to the theft, they did not seem to know what I was talking about.

So learn from this: BUY THE INSURANCE. It's worth the $10 a month to not nearly lose your mind in Mall of America.

They wouldn't let me get $10/month insurance on my iPhone. Usually I get it too. Are you sure that was an option?

Ditto. I don't think there is an insurance option for the iPhone, at least not through AT&T. If there was one, I would definitely have it, but I've had an iPhone for years and it's never been available.

Oh I stand corrected. Looks like they did start offering it a few months ago. I haven't upgraded since then so I wasn't eligible. http://www.huffingtonpost.com/2011/07/04/att-iphone-insurance_n_889864.html

I have the $10 insurance but I don't remember if it covers loss or theft. They also told us if it broke we had to take it to Apple, they wouldn't handle it for us. Sorry you lost your phone and that is nice of your friend to give you her upgrade.
Marcy
If I was Snow White you'd never be able to kill me with an apple. You'd have to put poison in a cookie or chocolate.

marcy|1317613977|3031782 said:
I have the $10 insurance but I don't remember if it covers loss or theft. They also told us if it broke we had to take it to Apple, they wouldn't handle it for us. Sorry you lost your phone and that is nice of your friend to give you her upgrade.
Click to expand...

AT&T may have changed their policy on insuring iPhones since I got mine two years ago (YAY for the release of the next gen coming soon!) but when I got mine I could only get AppleCare, which didn't cover stuff like a smashed screen or breakage from dropping it or getting water on it. I know that there are some third party vendors that will offer insurance, but I don't know anything more beyond that they exist.

Sorry to hear about your stolen phone! I dropped my old one about a year ago and was lucky enough to receive a 3G for free from my husband's uncle who upgraded to the 4. Then when a friend (another PSer, actually!) had hers stolen at a bar, I sent her my smashed screen one (broken along the top, but the rest was still easy to see) to tide her over until the 5 comes out. I liked that I got to pay it forward, even with a broken screen.
***-**-*-**-***
C-tek

They changed it I think earlier this year, I got mine in February and it was not offered at that time. He said they were giving people the opportunity because it was finally available. ItS $10/mo and covers pretty much everything, loss, theft, damage. I used to have Asurian (the company that does the insurance) with all my Sprint smartphones and was mad I couldn't when I switched. Now thankfully I have it.

But if you drop and shatter it, Apple will replace it for free on the spot as a one time courtesy--bring it to the Apple store. Several friends have, and my brother has. All within the last few weeks/months. 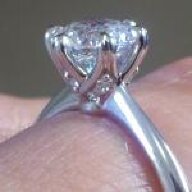 ame, did you get to look at watches at MoA?

Yep! I fell further in love with a Raymond Weil that is perfection but is also $1200! But I did order the ESQ that was similar, $295. However, because of this phone nonsense, I have to return it

Could have been good timing with iPhone 5 coming out tomorrow---not that having your phone stolen is ever good My phone broke last night and I dont have insurance. My upgrade isn't until June so it looks like I have to pay full price--Uggg!!!

Last month I was in a dressing room at Kohls with my 15 month old son. The cleaning lady was cleaning the floors and playing with my son as he peeped out from under the stall---she stole my phone. She ALMOST got away with it bc I was so distracted trying on jeans but I noticed before it was too late. I went straight to the store manager but by the time she listened to my story, the cleaning lady had gone home for the day. Long story short, I got the phone back but only after the lady realized I KNEW it was her and she was going to get fired. Having your phone stolen is an AWFUL feeling and I commiserate with you Ame.
Better a diamond with a flaw than a pebble without. ~Chinese Proverb

It's amazing how cavalier we are with them too. Like, I had a banking app on mine, as well as Mint. So they could've been poking around in my bank things.

I did think about if the next iPhone comes out if I would bother returning this and upgrading right away...even at a 35$ restock fee...I don't typically like to be the first one to get new phones, I like to wait a month or two for the bugs to be worked out. I am going to see what is actually announced today. If the body is exactly the same, I might get it, if not, Ill wait til Feb. I just bought cases and stuff. lol

ame said:
Yep! I fell further in love with a Raymond Weil that is perfection but is also $1200! But I did order the ESQ that was similar, $295. However, because of this phone nonsense, I have to return it
Click to expand...

Sorry about your phone At least now you know what you want in a watch when your wallet has recovered!

YEP! Another possible "pro" to this, is that I can return this new phne and get a newer model lol

It always disgusts me when I find out that things have been stolen. If you can't afford the item then you can't have one. Don't think you can have mine! Or save up and get one!!

I'm sorry you have to return your watch.
​

It sucks. And I hate to say this but the people who steal them don't steal them always bec they want and cannot afford. They can afford. They steal to resell and afford MORE stuff. Its infuriating.

I am just glad it was my phone and not my wallet, or worse still my friend's wallet. She's from Canada and I'd have died for her if something happened to hers.
You must log in or register to reply here.
Share:
Facebook Twitter Reddit Pinterest Link
Be a part of the community It's free, join today!
JEWELRY BLOG