Proposing in the big apple

Ok, so we''ll be vacationing in New York and I thought it''d be a wonderful place to propose. Unfortunately, I don''t know enough of New York to know where to go to propose. Does anyone have any ideas? Thanks...

The observation deck on the Empire State Building, perhaps in the evening--it used to stay open late some nights (not sure if it still does). The new Planetarium at the Museum of Natural History. The Brooklyn Bridge (a lovely walk w/great views). Under the Washington Square arch. The indoor garden at the Frick Museum, surrounded by small masterpieces of painting. The Literary Walk in Central Park, surrounded by elm trees and statues of poets. The Brooklyn Promenade, facing the lower Manhattan skyline (now sadly toothless since 9/11/01). The Gran Caffe degli Artisti on Greenwich Avenue (not Greenwich Street), a charming little cafe that's been there for at least 50 years.

That's just for starts. What are your interests & hers?

Glitterata, thanks for the response. I've been to NYC once before (5 years ago). I really like the Central park idea...but I've never seen the statue of poets. I'm looking for a place that's secluded, not many people because she doesn't like proposals that draw a lot of attention (she mentioned that to me about some friends who proposed and drew some observation). The indoor garden also sounds wonderful. Places like the promenade and cafe sound great too but I think there'd be too many people there. But thanks for the information! It's a good place for me to start! 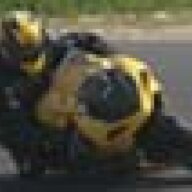 Awesome thread! Looks like I am doing this next month and was going to ask a similar question.
Thanks for the tips Glitt.

Oh, you want a SECLUDED spot in New York? It's hard to think of a place without a lot of people around where you'd want to be pulling out a many-thousand-dollar diamond ring.

Fortunately, New Yorkers pretty much leave you alone no matter what you're doing, so at least you won't get a lot of people hooting and applauding. It's our form of politeness--since it's so hard to find actual privacy, we create a kind of virtual privacy by ignoring each other. People from other places often misunderstand this and think we're cold. We're not--we're just open minded and trying to share a cramped space.

Anyway, if you want to be as alone as possible, try Central Park on a weekday. Another nice spot is the Shakespeare Garden, or Belvedere Castle--although there are often a few tourists there, who are probably more likely to make a fuss over you. (There aren't that many poets in the Literary Walk--just Shakespeare, Robert Burns, Sir Walter Scott, and Fitz-Green Hallek. Who's Fitz-Green Hallek, you ask? So does everyone else who bothers to read the inscription on his statue. Well, I'll tell you. He was an American satirist much more popular in the 19th century, when they built the park, than today.)

The pedestrian walk on the Brooklyn Bridge is actually not such a bad place to be alone. The traffic underneath is loud enough (a gently roaring swish) that you probably won't be overheard. A few people might notice you going down on your knee, if you plan to do that, but they'll probably ignore you if they're New Yorkers or European tourists.

The Frick's private garden is intimate and romantic, but there will probably be other people in it with you. Another museum idea is the Metropolitan Museum of Art on a Friday night. They keep it open late & serve drinks & play chamber music. It's very romantic & not nearly as crowded as it is during the day. It's also enormous, so you can probably find a lovely, obscure spot in the permanent collection that nobody else urgently needs to view on a Friday night. One good place would be the Astor Court, a recreation of a Chinese scholar's study.

Oh, and the Cloisters! The Met's medieval collection, housed in a separate building (made of medieval cloisters brought over stone by stone from Europe), way uptown north of Harlem, overlooking the Hudson. Very romantic too.

The Bronx Zoo is a world class zoo, if you like zoos. Propose in the World of Darkness exhibit and nobody will see you.

How about the Hall of Gems & Minerals in the Museum of Natural History? It's dimly lit with spotlights on the stones, and you can show her all the famous colored diamonds you couldn't afford.

And there's always Grand Central Station. You'll be surrounded by people, but they'll be too busy running for their trains to give you a second glance.
X

I being from New York myself know that New York is Crazy but there are places of quiet and romance if you have enough Money to do this I strongly encourage going to Long Island for the day and do it on the beach or something.