I travel with my girlfriend from Venezuela to NYC for the new year and i don't know how make a proposal.

I thought about this and wanted to know his views:

In Times Square when the ball lands and start the new year, hug her and whisper in her ear "I like to spend the rest of my life with you, will you marry me?" and then shows her the ring.

Would greatly appreciate your opinions and other ideas that can give me. 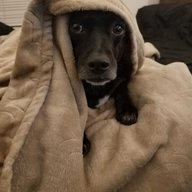 I'm going to be brutally honest with you here, because this is a really important moment in both your lives and you want it to be as good as it can possibly can be.

I think your proposal idea is well thought out, sweet, romantic and should work - IN THEORY. But in practice I really really really doubt it's going to work as smoothly as you'd hope. I don't know if you've ever been to Times Square on New Years Eve - but in case you haven't let me tell you what you can expect:

Times Square is the go to place for millions of people on New Years. It's one thing if you get a hotel room overlooking Times Square so you're able to enjoy the ball drop without all the people squeezing you to death in the streets. But if you're going to actually go to Times Square, you need to get there hours earlier (earlier the better) in order to get a spot where you can see the actual ball drop. As the streets get full, the cops block them off and you're forced to go farther up town, eventually you get to a point where you can no longer see 42nd Street and you're watching the ball drop on a large TV. Which to me, really isn't romantic anymore and could have been done in the comfort of your own home, where you can go to the bathroom and eat whatever and whenever you want. Standing in Times Square for all those hours will probably get tiresome at some point. You cannot leave the area or you'll be forced to leave and re-enter with everyone who's just arriving. Then as 12am nears, Times Square gets sooooo crowded that you'll be lucky if you'll be able to reach into your pocket for the ring.

I think you're better off getting a room where you can see the ball instead of going into the street. This way, when the ball drops, you're alone so it's intimate, but you can still hear all the excitement below. Plus you're able to hand her the ring, or get down on one knee. There's no way you would have been able to get down on one knee if you were in the middle of that huge crowd.

Either way, please post the story and pics when she says yes!!!

I agree with ABKIS...love the idea of a new years new york proposal, but caution about times square. You could go to central park? lots of engagements there!
J

Thanks ABKIS and centralsquare for your responses.

It is certainly my first time in Times Square for New Year and as you describe would not be very romantic my proposal.

Now I see the opportunity to book a restaurant in Times Square (Fridays, Hard Rock Cafe) as an option more quiet and reserved, will be that someone has booked before and we could recommend me one?

thanks and greetings
K

Hi, if you want to go all out and make it as romantic as possible I would suggest the Marriott revolving restaurant in Times Square to watch the ball drop rather than TGI's or Hard Rock. Good luck!

Go all out, check different places with views of the ball drop. Call up different places and let them know what you plan to do, I'm sure the manager would be more than happy to accommodate you.

Just make sure you ask the important questions - how long the wait will be (sometimes, despite reservations you may end up waiting and I'd hate to see you end up waiting while the ball drops). How early in advance you should make the reservation to ensure you get a good table and then plan away. (you can also check all the reviews out online) After the New Year comes in, you have all of New York as your play ground, most places are open that night until 5 or 6am.

Good Luck and let us know how everything goes!!!!