Hi All,
A co-worker of mine came to work last night sporting a pretty Princess 1.20ct that she had purchased from Dubai (UAE). She went on & on about how cheap the deals are over there & there was no need for her to get insurance cause it would be cheaper to just go there & replace it. Yep, I dont get the logic & I thought that it was a pretty arrogant attitude to take considering her bf bought the ring for her. The stone was very pretty, although I wish I had my loop with me at the time.

She also said that Dubai has high quality standards to uphold. She mentioned something about government people that are paid to go into jewelery stores to obtain merchandise then test it for authenticity & to detirmine if it is indeed the item quality that its being advertised for. She said if the merchandise is found to be other than what its advertised for, the store gets fined or closed down. Is there any merit to this?? I didnt ask about any kind of cert or probe deeper. No one at work knows I''m getting engaged so I didnt want to raise suspicions.

Can someone tell me something about the practices there?

This is a very tough question to answer without taking the risk of seeming racist. I'll answer it by saying that the consumer is better protected in the United States than anywhere in the world.

Gold jewelry in particular is cheap over there because of cheap labor. But workmanship is a big factor in the pricing of gold jewelry, and the workmanship of certain regions of the world command a premium (Italian, German, some American), while other region's workmanship sells at a discount.

As far as diamond pricing goes, wholesale prices are standard worldwide. It is markup which differs. While the markup on diamonds in Dubai is quite reasonable, it is no less than what you could purchase diamonds for on the US internet, with much greater consumer protection.
Rich, non-Independent GG Appraiser
Sarasota Gemological Laboratory
T

Hold on a second... Have you been there once?.... Nope???
Well, let's say something. Stones which are cut there will not always travel
according to the "official route". Many of them are sold from hand to hand in a matter
of seconds.... This is why you can get cheaper deals over there. However, I agree
that chances for the retail customer to buy a "dog" are pretty high.. buy carefully.

Trichrome, you are correct. I haven't been there once. I'm making my observation based on the (many) stones which I have seen that others purchased in Dubai.

Jewelry for Women in their 20s 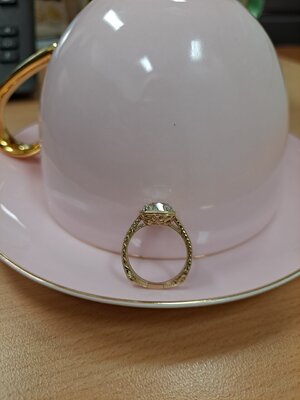