on my table (underneath a large heavy dark towel) during the last 5 minutes of his service (a salt scrub).....Holy Crap! It totally freaked me out, when I saw what he was doing I stopped, dropped his robe on "it" and walked out telling him we''re done and he should step out. He stayed in there and "finished up" leaving me a pile, and the nasty evidence on the door handle. CREEP. As if that is not bad enough....he''s married

!!! The night before he was in getting a massage (w/ another therapist) wanting to know where the strip clubs are?????????? I wonder if the wife suspects he does this stuff.

I have never had this happen before. I work where I work because it is less likely to have those kinds of people frequent it. I also don''t do "out call massage" for exactly that reason...too unsafe, too weird. I make great money, great benefits, low hours, flexible....and now...the rest of the story as they say.

My husband is a police officer and what the guy did is a real crime, class A misdemeanor, one step under a felony. Unfortunately our security guy says they won''t do anything because "we have to protect the guests"....hey, what about me? My Director is stunned and disappointed as well but it''s out of her control. I did not react strongly because honestly I was too stunned and did not know what my options where/are. Now we have a plan in place.

That is absolutely disgusting. I am so sorry! I''m glad you''re refusing all future appointments for this creep...and I''d be livid that your security refuses to do something. Unbelievable.

Oh my goodness, cn, I am so sorry this happened to you. I think I might consider taking this above security to corporate and see if someone pays attention then, it''s absolutely unacceptable.

I can''t even imagine being in that situation. Disgusting.

Some people...I swear to you! Where does he get off? Don''t answer that.

And I can''t believe there is nothing you can do. I swear, perverts have more rights than us sometimes. I remember when I was 10 or 11 there was a pay phone by my house where whenever my friends and I would walk by it would ring and there would be some man on the line talking dirty to us. Very filthy talk. I knew better and eventually walked to the police station (10 years old...walking to the police station) to report him and I remember the cop said that there was "no way" he''d be able to find out who it is and to just stay away from the phone. Even in my 10 year old mind I thought that was ridiculous. The payphone is in front of a building. He obviously LIVED there or how else would he have known when we were walking by the phone?!

Anyway, your story makes me sick to my stomach. He should NOT be allowed to get away with that!

Oh my gosh! That is horrible!!!! I am so glad you flagged him in the computer! I would be so angry!! Perverts need to be sent to the ends of the earth where they belong. That makes me angry they can''t do anything to him. He should be ashamed of himself. I am so sorry. Sooo gross.

"The only things that stand between a person and what they want in life are the will to try it, and the faith to believe it's possible" Rich Devos​
C

i commend you for being able to act professionally when this piece of scum pulled a trick like that. if i was management there i would hope that i wouldn''t care how much business we lost from people that want to be protected when they abuse the service. 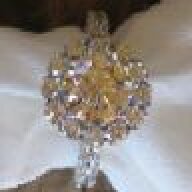 My husband is a police officer and what the guy did is a real crime, class A misdemeanor, one step under a felony. Unfortunately our security guy says they won''t do anything because ''we have to protect the guests''....hey, what about me? My Director is stunned and disappointed as well but it''s out of her control. I did not react strongly because honestly I was too stunned and did not know what my options where/are. Now we have a plan in place.
Click to expand...

Why do you need the hotel to do anything? It happened to you and it''s a crime, is there a specific reason why the police can''t get involved? Hotel security can''t do a whole lot anyway.
M

I think you handled the situation great, cnspotts. It''s pretty scary that we have creeps out their like that and we can''t do anything abouti

I am so steamed for you right now. I cannot believe HE has rights where being protected is concerned, he did a filthy and disgusting thing and it is so appaling to me that you have no real recourse. What he did is lewd conduct, and he left evidence and yet he is just not allowed appointments any longer? I wonder if he calls for one and is refused, will anyone tell him WHY if he asks? I have to say I am sickened and I really feel badly for his wife.

Also, though I would not want to be branded a trouble maker at work, I really think, since this is a criminal act, I might bypass hotel security. I might tell my superiors that I feel violated, that he did something illegal and that you feel unsafe because he could catch on and book under another name and you just feel you need to file a report with the police. I assume he is from another place and was visiting the hotel?
****************************
"There is no such thing as fun for the whole family-there are no massage parlors with ice cream and free jewelry" Jerry Seinfeld

cnspotts, that is so gross. You dealt with the situation as best you could, in the absence of a pair of shears! I personally think your resort''s management should take take this up and press criminal charges as well as ban this man from their resorts. It was an indecent act and totally out of order. I''m sorry you had such an awful experience.

Thank you all for your support. This was a disgusting act that totally caught me by surprise though in this business it's always on your mind. I've been fortunate that I have not had to deal with this before now. I do feel violated, it was more than inappropriate. I did not invite it, I do not condone it. It has made us aware that we need to know exactly what our rights are in this kind of situation again.

I'm completely disappointed that the Corp is not interested in pursuing this guy further than a internal report. Though my DH is now a police officer he is not in the jurisdiction of the resort and is unable to offer more than a supporting shoulder. I did not pursue having arrested because apparently it is a fine line between protecting me (the associate) and maintaining respect for the guests no matter how creepy they are. I didn't know if the Resort would stand behind me and now I guess I know. It definitely makes me feel less than valued. I'll be stopping my HR today to file a report/complaint about the follow up I've received and to see what upper management's stand is on behavior like this in the future.

It's a touchy situation unfortunately because I do want to protect my job and the opportunities available with this company. Right now as a member of low end management I don't want to create too much of a disturbance thereby limiting my chance of making larger future changes as I move up within the company (spa). Part of me is dying to send an anyomous note to his wife, the other part of me says that could really back fire, and I'll regret it.

This event has gotten other therapist talking about their experiences including the "freaks" that have visited this particular spa. My experience was by far the most dispicable, but any inappropriate act towards the therapist is sad and yucky. Fortunately it does not happen often but it's not something easily forgotten once it does. 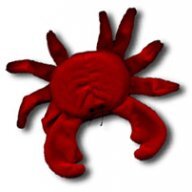 I''m so sorry this happened to you. That is just too disgusting for words.

Ewww, that is so gross. I''m sorry you had to go through that. I can''t even imagine how perverted that guy is that he thinks that is OK. I feel sorry for the guys wife. I wonder if she has a clue how utterly gross and perverted he is.

Its too bad that some sort of police scare could not have been made to him.

What a creep.
A

Is it possble for you to request only female clients? Would your employer be more open to that given what happened to you?
S

Truly sorry for you.Does he have a family doctor you can report it to? He should be banned from massage therapy for the rest of his living days..

If there was no plan in place before, I certainly hope they institute one now! Ugh.

want a couple hundred thousand dollars?
file a sexual harassment suit.
........... Karl has joined the diamond trade and is now posting as Karl_K

Too bad they can''t weed out the creeps for you. That is just disgusting. YUCK.
Piece of cake and a candle *** NG gift***
F

At the very least wouldn't that be a health code violation that Corp would be concerned about?

This shouldn't be tolerated. I hope in the future they will take more appropriate action. Kudos to you for being so cool. Why is Lorena Bobbitt coming to *my* mind? 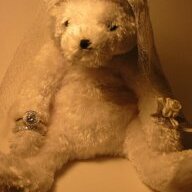 What worries me with a situation like that is that he totally got away with it...and next time what happens if he steps it up a notch, and so on and so on! Who knows what he''s capable of??

He could just be a harmless perv, but he could also be someone who has the potential to be dangerous.

Just a thought...a worrisome one!

That is true, sometimes these types start with something like this and escalate. I would really go above to corporate and tell them, plus make it be known if he ends up back in the spa and gets near you, there will be big trouble.
****************************
"There is no such thing as fun for the whole family-there are no massage parlors with ice cream and free jewelry" Jerry Seinfeld