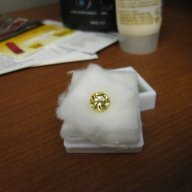 I like this stone! A bit different, but very pretty. From Gene, 7mm 1.52 carat. The cut is lovely. 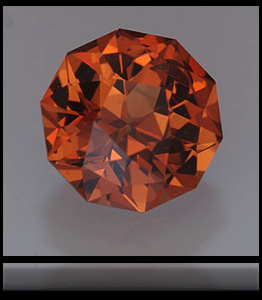 I like it a lot! Reminds me of imperial topaz rough (in terms of color)! Hope it''s close to the photo IRL.
mr. ma re

If it''s close to that color, I like it. If it''s more browny, not really.

I really like them and have quite a few - they have a very distinctive 'water in whiskey' or treacle look inside them.

They're not as sparkly as a spessartite (RI 1.79 to 1.81) and do tend towards the brown - you don't get them in that fanta orange look.

ETA: The colour is pretty much what I would expect from a hess - they're also known as cinnamon stones. You can get them in paler almost peachy shades and in shades that are much more red. I haven't seen any that are much more orange than that with the same depth of colour.
Pandora
FGA

Just looked it up on Gene''s site - it''s actually a Malaya.

It wouldn''t be my first choice of colour if I was buying a Malaya (I like them more of a peachy pink shade) , but it is a pretty stone.
Pandora
FGA

Yes, it is sort of cinnamon! I am ok with a bit of a brown tone to it, but I think it really must be more orange than brown. Here is what Gene says about it

Gem 842 - Malaya Garnet - 1.52 ct. This Malaya from Tanzania is a more on the orange side. I would think it contains more spessartite, as Malaya is a mix of spessartite pyrope garnet. The stone measures 7 mm, and is cut in a new design I came up with for garnets. Color 4, Clarity 4-


Malaya’s come in a wide range of colors, as they are a mixture of spessartite and pyrope garnet. Most garnets are a mix, which presents a challenge with naming them, and that’s where all the different trade names have come from. There is an interesting book called “Naming Gem Garnets” by Bill Hanneman Ph.D. It’s really a must read for any collector of garnets.

Do you think I should hold off for a more peachy one? 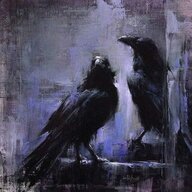 That orange is just gorgeous!!! 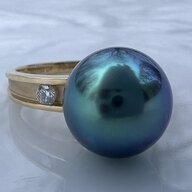 Then you should ask Gene about it. I have a feeling this stone might appear darker in person...

I think you should buy what you like! Really, you''re the one who gets to play with it, so your opinion is the only one that really matters. You know?
Click to expand... 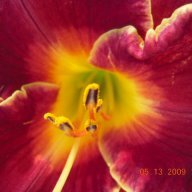 It looks very pretty.
Marcy
If I woke up in the morning and nothing hurt I might think I was dead.

My monitor shows a lot of brown but Gene''s description says it has a lot of orange, so I''d have to go with his words since he has the stone. I like the cutting though.
Sometimes the mind ignores what is logical because the person cannot accept the reality of what it is.