First of all I want to say that this website is amazing and I''m grateful it exists. My situation is the following: I''m looking to get the most bang for my buck and am not sure if I should go for a bigger rock. I''m currently in the process of deciding to purchase one of the following Round Cut Diamonds on-line. To me as long as it looks good to the eye and on her finger I''m a happy camper. I would love to go for the bigger diamond but I know the 1.24 will give off more fire. I''m no expert on diamonds but how much fire will I really be missing if I go for the bigger rock? I really want to go for the bigger rock but I don''t want it to look bad. Also is the bigger diamond worh the price in your eyes? Thanks for your time.

The bigger rock looks great and could be a stunning choice! I have a diamond with a 58% table which displays a great amount of fire - don't forget that fire is a result of certain lighting and you will only see it at times. See if the vendor has an Idealscope image of each diamond to make your choice easier and maybe a Sarin for the GIA to determine exact angles, but both of these look great and I don't think you could go wrong. The AGS diamond has the tighter cut and has the coveted AGS0 grade, if that matters to you, it is a finely crafted diamond compared to the other, but both should look great. One other thing, check these diamonds are eyeclean with the vendor. You can do a price comparison with the search by cut tool for the 1.5, but you will get a price jump for this highly desirable size.
Pricescope Prosumer 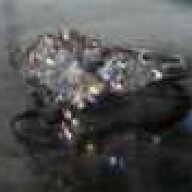 It is a smart choice to go for SI1. As Ellen and Lorelei have said, it would be great to have Idealscope images and Sarin or Helium reports to check the exact mesurements of the diamonds and, since you go for SI1, macro pics of the inclusions would help : it is better to have white inclusions than black ones. The place where they are located is also important in order to be sure it is eye clean.

When mentioning eye clean, check with the vendor what he means by eye clean. The diamond should be considered eye clean when observed by a person with a 20/20 vision from a distance of no more than about 10 to 12 ". You can find some awesome SI1s but some of them are eye clean when others are not and it is important to clarify this especially when the diamond is of a bigger size.
Jessica

The AGS certed diamond - if the light performance is really 'AGS000' and not just based upon the 'estimated cut grade based on the proportions' then it is most likely a stunner.

That said, the GIA certificated diamond numbers also look 'ideal'. I suspect however, that it was only given a 'very good' cut grade either due to a thin girlde (as the total depth is only 60.8%) or brillianteering (e.g. painting) that the GIA penalises.

I think it was once posted on PS that the 'fire' difference between a FIC and a TIC was only a few percent. And looking at the crown/pavillion relationships, I would suspect that the fire would be nothing to worry about. Both stones are cut to TIC proportions.

Personally I would choose the AGS diamond for the following reasons:
1. Ideal set of numbers.
2. AGS 000 (hopefully light performance)
3. Cheaper
4. A 1.24 and a 1.5 doesn't really look significantly different in size IMHO to warrant paying the extra. Especially since you've already hit the magic 1.00Ct number - do you really want to pay the extra for a 1.5? Sure, the 1.5 is bigger, but is it worth $2320 or >25% pricewise more expensive bigger?
5. Have a look at the Sarin and Idealscope numbers. I've seen GIA stones that appear to have perfect numbers but due to rounding and a looser cut, are actually poorer stones. e.g. the pavillion angle could range from 40.2 to 41.3 and be called '40.8' due to rounding.

However, this is not to say the GIA diamond is a bad stone. It could potentially be a stunner. The 58% table isn't an issue.

You said 'To me as long as it looks good to the eye and on the finger I'm a happy camper'.

The AGS will look good to the eye and on the finger. You will be a happy camper. So why pay more just to get a bigger stone? I don't believe you'll lose out on fire at all. Just check that it's eye-clean.

Both look like very nice stones. You don''t list the mm size. How much bigger is the higher weight stone?

Will you see a difference when they are NOT side by side. When you have just one on your finger?

Will it be enough of a difference to pay the price?

Is a "tighter cut" is more important than the mm size difference to you?

I really would answer these questions before deciding.
"The big four; Diamonds, Sapphires, Chysoberyl and Spinel." said a PSer.
D

First of all thank you all for your opinions. It helps me out a lot in this big but exciting decision. It is greatly appreciated, believe me!! Let me elaborate on the stones a little more. From the sound of it it seems that the AGS would be a better choice.

The AGS 1.24 certified stone is from WhiteFlash''s a Cut Above selection
http://www.whiteflash.com/hearts_arrows/A-Cut-Above-H-A-cut-diamond-210365.htm

Tanalasta, you were exactly right about the GIA stone having a thin girdle. Is this a bad thing?

I liked the GIA stone cause it had good numbers but as several of you have pointed out the price might not be worth it and Blue Nile doesn''t have a Sarin report and Ideal Scope picture like WF does.

I also saw this diamond on WF that interested me also except that it''s H color instead of G. I really want a G but from my research unless your a trained gemologist you can''t tell the difference. Is this tue in your experiences.
http://www.whiteflash.com/round_ideal_cut/Round-Ideal-Cut-cut-diamond-183721.htm

From talking with Blue Nile the stone is eye clean at least that was what the vendor told BN. Since the WF stones are in house they also told me those were eye clean SI1''s.

Sounds like WF is the safer way to go just because they give me more information and a 1.24 CTW Cut Above Selection isn''t that much smaller than a 1.5. I think I got hung up on the 1.5 cause it sounds bigger and better. I guess I have to remeber she''s marrying me not the ring. Thanks again for all of your advice and I appreciate anymore comments. This website is awesome!!
D

Question?
What is the spot in the middle of this diamond under the Ideal Scope and Asset picture?? Is this something to worry about. Thanks!
The AGS 1.24 certified stone is from WhiteFlash''s a Cut Above selection
http://www.whiteflash.com/hearts_arrows/A-Cut-Above-H-A-cut-diamond-210365.htm

Agreed. Just ask if it''s visable in real life, remember, that a 40x mag pic. If eyeclean, no worries!
The truth is incontrovertible. Malice may attack it, ignorance may deride it, but in the end, there it is." - Winston Churchill​

I also saw this diamond on WF that interested me also except that it''s H color instead of G. I really want a G but from my research unless your a trained gemologist you can''t tell the difference. Is this tue in your experiences.
http://www.whiteflash.com/round_ideal_cut/Round-Ideal-Cut-cut-diamond-183721.htm
Click to expand...

No worries on the H color, Deric. I own an ACA H....and most people I work with thought it was a D/E/F. You''d be surprised at how little folks know about stones....all they know is, it looks white to them.

Date: 2/16/2007 1:34:30 PM
Author: Deric_S
Question?
What is the spot in the middle of this diamond under the Ideal Scope and Asset picture?? Is this something to worry about. Thanks!
The AGS 1.24 certified stone is from WhiteFlash''s a Cut Above selection
http://www.whiteflash.com/hearts_arrows/A-Cut-Above-H-A-cut-diamond-210365.htm
Click to expand...

The spot is most probably an inclusion. The fact that the camera picks it up doesn''t mean you''ll see it in real life, so I wouldn''t worry. If WF tells you the stone is eyeclean, you''re good to go.

One cool thing about inclusions like that if you can only see them in a loupe.....makes it very easy to identify YOUR diamond. Almost like a birthmark.

Here's a link to a stone I just bought: http://www.whiteflash.com/round_ideal_cut/Round-Ideal-Cut-cut-diamond-21384.htm

A very thin girdle makes it more prone to chipping either during setting or thereafter.

Hence, although the girdle is described ''very thin to medium'' on the BN diamond, I would still avoid it.

As for the inclusion in the WF diamond - you know it''s eye-clean so hopefully the inclusion won''t affect performance. You should put the stone ''on hold'' and you can always request a private video/appt with WF using pricescope and then ask all the questions you want about it. However, several other posters have reassured you that the inclusion shouldn''t cause a problem.