Here is the cert, the jeweler told me it is preliminary, he needs to pay the EGL-LA to get the full report.

Make sure it's eye clean and as the cut of it, research on the right proportions for marq.
S

Well, it is not really eye clean, I could tell the dark spot in the middle because I'm used to it. Someone looking at it for the first time will need to look very closely to see the imperfection.

Anyhow, it does not matter to me because I am going to get this diamond treated by yahoda.

Given that info what do you think about this diamonds quality and price??

Hi Salio. Will you recheck those stats for us?

The table percentage is incorrect, and the pavilion depth quite unusual, if correct.

Here's what I got from the EGL website, the number seems to be correct. Are these numbers i.e pavilion and table pose a major issue????

How can the table be 4% larger than the diameter of the stone?
S

EGL is showing these numbers at their website. I just called my jeweler he is going to call EGL and ask them to fix this issue.

This stone sounds ODD and is priced very low. Be wary...

I have seen the diamond myself and my guess would be 50% to 60% table. If we take that figure into account, how do you think the diamond looks??

Salio, a 52.6% total depth would make this marquise what the trade calls a "shallow" stone. Sometimes shallow stones can look good, but often they have a lot of light leakage, accompanied by a "broken up" reflection pattern under the table facet.

This would be particularly true if the figure for the pavilion depth is correct (27.4%). This is a VERY shallow depth. I've attached two profile images, the first having the 52.6% total depth and 27.4% pavilion depth, and the second having more traditional figures (61% depth and 43.5% pavilion depth).

As you can see, the first has a more "pancake" profile to it. The crown height and pavilion depth would indicate an "extremely thick" girdle, as opposed to the "thin to very thick" girdle referenced. That's why I question the figure. I'd expect that pavilion depth figure to be more like 37.4% rather than 27.4% for a stone like this.

Anyway, with the figures referenced, this stone would be probably be described as having a "poor", possibly "fair" make. Sometimes these unorthodox makes can have a surprising beauty all their own, but more often not. Only a visual inspection will tell you for sure.

The pricing on these kind of stones tends to be a little unorthodox as well. The color and clarity will put you in the general "ballpark" price range, but the final price is determined by the "look", and saleability of the stone. $8,000 could be a fair price for the stone. I would suggest making the sale contingent upon the stone appraising out to your satisfaction. That way you can't lose.
Rich, non-Independent GG Appraiser
Sarasota Gemological Laboratory 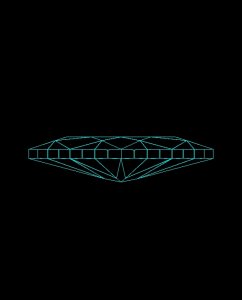 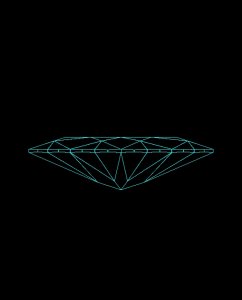 If the stone was any good at all, the jeweller would never even consider sending to EGL. Run to the hills man.
S

First thank you very much for the insight and education. This was very helpfull.

If understand correctly, the price of the stone is wtihin average figures. And if the stone looks good then it could be a good buy. Is that a true statement?

First thank you very much for the insight and education. This was very helpfull.

If understand correctly, the price of the stone is wtihin average figures. And if the stone looks good then it could be a good buy. Is that a true statement?

Actually, I believe Rich was saying to be very careful with this stone, because the odds are it's not all that attractive.

If it looks good to you, buy it. Just make sure you've seen enough stones to know how well a good marquise can actually perform.