Hello everyone!
I’m about to purchase this diamond
Carat: 2.0
Clarity: SI2 (no visible inclusions)
Color : I
Height 5.04
Tot. Depth: 63.4
TA% 60.5
CR% 14
PAv Depth %43.5
Culet Pointed
Girdle: Medium to Thick Faceted
Finish: Good/ Good
Flour: NONE
Don’t get me wrong , I read almost every post on this forum and think I know a little bit about diamonds already.
I know this stone is not “perfect” in your opinion. Try to understand , not everyone can afford ideal cut H&A stone.
I just need your opinion, will this stone be sparkly and beautiful for the casual observant ?
Here are HCA scores for this diamond
Selected: 63.4% depth, 60% table, 14% crown, 43.5% pavilion, 0% culet.Factor Grade
Light Return Very Good
Fire Good
Scintillation Good
Spreador diameter for weight Good
Total Visual Performance 3.7 - Very Good - Worth buying if the price is right.

Please help.
Thank you all!

Forgot to mention , this is RB diamond

You certainly CAN afford a super-ideal cut stone. I presume you have seen enough diamonds to determine that you will balance a slightly lesser cut with the price break it brings. So what is the price on this one?

As for the cut, I'd recommend that you get the angles to plug into the HCA rather than use the %. I am suspicious of any stone barely over the even carat benchmark, but it may well score out at 3.7 again.

Your eyes are the ones that count. Unless I had some history with the vendor, I would have an independent set of professional eyes look it over before I bought, just because I'm an Amateur.

It's sort of interesting that if you enter .35% for the culet, the max for the "pointed" grade, the HCA score goes up from 3.7 to 4.3. The commentary goes from Very Good (buy if price is right) to Good (buy only if price is the main consideration). Thus demonstrating the importance of the accuracy of the input.

So what is the price on this one?

I'm also getting custom made platinum ring for this stone with 36 0.03pt diamonds, and the price together with center stone will be $6900.
thanks for the reply.

Wow that is a CHEAP STONE!!!! I would be wary. Definitely get a 2nd opinion BEFORE purchasing. The stone may check out just fine. But I would get that 2nd independent opinion to be sure. Make sure it's independent and not a jewelry store appraiser, they sometimes can have hidden agendas.

I also agree, get angles instead of %'s as the % range is more broad on the HCA. Your stone is borderline 4.0, getting the angles vs % may make a difference in the rating, you can see if its closer to 3.2 or more like 4.1.

As the others said, if you have seen the stone, and like it, and there are no eye visible inclusions (a little hard to believe in an SI2 2 carat stone but okay), then buy it. It's your stone in the end...must please YOUR eyes. But if you have not seen it then you may be setting yourself up for a fall, all for love of a 2c size stone.

The depth on this stone is a little steep as well. What does that mean? It means that your 2c stone may LOOK more like a 1.90c depending on the dimensions. It means you may be paying a little more for a deeper cut stone. But for this price, that does not really matter as you are paying nowhere near a 2c well-cut price anyway.

Is it an EGL or IGI grading certificate? They are notoriously lax in their grades if it is an overseas lab (such as Antwerp or London). I would also be wary of this. That may mean than an I graded EGL Antwerp stone is really a J or K. An SI2 may be more like an I1 or I2. If this was a GIA stone I would feel more comfortable with it being what it says it is....definitely get that 2nd opinion!

Oh and one more comment. What quality are the side stones on your ring? We paid $2k for a custom made platinum setting with 24 .03c stones around the ring. The workmanship is beautiful, the baby stones are prong-set for safety. The $2k we were quoted was a great price in our eyes as similar pre-made settings were $2800 for .50c of side stones intead of .72c like ours. So for $1000 for a setting with over 1c of side stones and a custom plat setting, that is also a low price. Make sure the setting is good quality, not flimsy, and that the side stones will be set safely and not fall out easily. Our ring turned out great and it is very heavy..which we love. It means our money was well spent.

I hope that it turns out great and the stone is beautiful. But just be aware that the price quoted for this stone is VERY LOW and that brings up the old saying to mind...If it seems to good to be true, it probably is.


Oh and one more comment. What quality are the side stones on your ring?

hi Mara!
thanks for the reply!
The side stones are SI1-SI2 clarity/H-I color
It is GIA graded stone , but I'll double check anyway.
I hope everything will be as promised and I'll post the pics of the ring as soon as I get it.

Hiya Guslik. The diamond ranks a "2B" on the AGA Cut Class scale (see http://www.gemappraisers.com/chrt1.htm for reference). With an "I" color and an eyeclean "SI2" clarity grade, it should be a pretty diamond. Probably as nice or nicer than 80% of the diamonds out there.

That said, I'll tell you the negatives. Watch out that the SI2 is not an I1. It happens all the time with lax grading. There's a big difference in price and beauty between the two. The same could be said for the "I" color. An "I" commands a considerable premium over a "J" color.

If this stone happened to be overgraded one grade on both color and clarity, then it's a catastrophe. Huge difference in price between the two qualities. Don't get taken by surprise. Make the sale contingent upon the diamond appraising out to your satisfaction with an independent appraiser, as Mara pointed out.

As far as the cut goes, the diamond is slightly deep with steeper than average crown angles. The DiamCalc profile estimates the average crown angle at 36.3'. This, combined with an estimated average pavilion angle of 41' creates an area of leakage just inside the table, along with an area of lesser light return around the edge of the diamond. See the attached images. The leakage area shows up white in the IdealScope image and dark in the photoreal image. The lesser light return shows up as the lighter pinks around the edge of the stone.

Because of it's depth, the diamond will have a diameter of approximately 7.9 millimeters, versus the ideal 2 carat diameter of 8.2 millimeters. This gives it the "physical diameter" of a 1.80 carat stone, while the lesser light return around the edge gives it even a little less in "visual diameter".

The $5900 price makes me very suspicious that the diamond is an I1 versus an SI2. As a bonafide I/SI2, even discounting for the cut, the diamond should be selling in the $8-9000 neighborhood. If the diamond's coming from a dealer, I would bet my bottom dollar it's an I1. It's definitely priced as an I1, and dealer's don't usually make that kind of mistake, unless they are naive. Either way, be alert.

If it's from a private, it might be another story. They might just be offering you a great deal because they need the money. 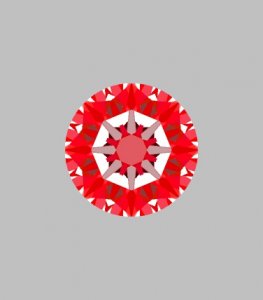 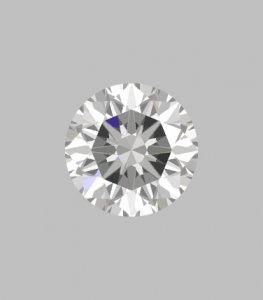 And in considering your stats again, even if the stone turns out to be an I-J/I1 diamond, it is priced fairly. It wouldn't be the possible "catastrophe" I mentioned above. It would just be a case of getting what you paid for, versus a heckuval deal. Very common scenario.
Rich, non-Independent GG Appraiser
Sarasota Gemological Laboratory

Thanks so much Rich!
I'll make sure and double check the stone and keep you posted.
Thanks again, everyone!