Multiple cat question for all you cat lovers 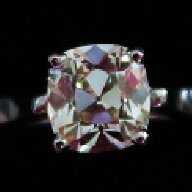 I`m looking for some advice on 2 questions. I

We have 2 adult cats. Question one is about only one of them - the oldest one.

A male, 13 years old, awesome personality, friendly. We got him as a kitten when my daughter turned 6. She is now 19 and leaving for University.

Question 1: Will he go into a depression with her leaving? He is her cat big time and sleeps with her and always cuddles with her. They are very, very close. We have 2 other children. A 15 year old boy who doesn`t do much with the cats and an almost 7 year old daughter who loves the cats and pays them much attention. Will he start paying more attention to our youngest to ease his loneliness? Anybody have experience with their children (or other family members) leaving and seeing changes in the cats?

Our second cat is a 7 year old female whom we got when she was 8 months old or so. Took the older cat a long time to accept her and even now they don`t have much to do with each other. They are both spade/neutered. We have the opportunity to adopt a kitten in a few weeks time (friend`s cat had a litter 5 weeks ago). Our youngest daughter plays with this friend's daughter almost every day and has fallen in love with one of the kittens and wants it badly and it is available for adoption. I would love another cat but I am really worried that my oldest cat, who will already be depressed from his "mother" leaving, will have a cardiac if we bring another cat into the house.

He may just run away and never come back! The female I don`t worry as much about because she`s more independent then the male.

One one hand, the kitten would be a great distraction for our youngest daughter (and me!) because she (and I!) will be missing her big sister but on the other hand, I don`t want this new kitten to negatively affect my older, much loved cats.

Any advice on what I should do would be great!! Thank you!

I currently have 3 cats, plus I had a cat living with my parents that we recently had to have put to sleep.

The cat living with my parents was my childhood cat (Buster). We adopted her when I was 8 and she was very attached to me. When I went away to school, my mom said Buster would whine at my bedroom door and didn't seem to understand that I wasn't in there. She ended up leaving the door open all of the time and Buster started sleeping in my bed without me. She was a bit depressed for the first week or so, but she soon got over it and interacted with other family members. She definitely wasn't happy about my leaving and I know this because every time I came home to visit she would totally snub me. I would walk in the door and she would run to see me, but then she would turn around and show me her butt. It would usually take her a day to forgive me, and then another few days to get over my leaving again. I felt pretty guilty about it, but she was very attached to the house so I didn't feel that I could take her with me.

As far as adding a new cat to your family, I'm not sure if its a good idea. I have 3 cats, but they are all approximately the same age and they were adopted over the course of 2 years. I think the age similarity helps because they have a similar activity level. Adding a kitten might stress out your older cat. Picture moving a teenager in with somebody getting ready for retirement...they wouldn't make the best roommates. If you really want to try, I would suggest introducing the new cat slowly. Keep the new cat separated from your current cats to let them get used to the smell of the new cat. Then let them check each other out through some kind of barrier. They still might not get along, but a slow introduction is much better than just throwing in a new cat.

Thank you chemgirl! Those are really good recommendations! It's funny that your cat snubbed you! They are funny creatures aren't they? Thanks for sharing your story. I really appreciate it.

Funny, I got my cat when I was 6 and she lived until I was 25. When I went off to college at 18, I really don't think she cared...and she was very much MY cat. Cats are pretty selfish creatures, at the end of the day they are happy if they are fed and someone is petting them.

As for getting another cat, I agree with the PP, it would probably stress the older kitty out. I have two cats...I got the second after I had the first for about 6 months. I knew she needed a playmate. Great decision and I'm so happy I got #2, but they are only 6 months apart.

When I went away to school my childhood cat would go sit by my senior picture and meow (cry) loudy. It took him a little
while but he finally got his mojo back. I dont think getting a new kitten right now with the major change of your oldest daughter
leaving is such a good idea (for your oldest cat). I think he needs time to adapt to his mommy being gone...then maybe
down the road get a new kitten.
~~~Thanks to PS, my wants far exceed my budget!~~~

I grew up with a kitty much like your daughter's. I adopted two sisters when I was ten years old, and one of them, Mazi, became *my* cat almost instantly. She slept on my chest every single night from the first night we brought her home (I don't remember how old she was, but they were TEENY TINY, so very young,) she paced up and down the bathroom every morning "talking" to me as I got ready, followed me everywhere around the house, and was my constant companion. My family was really concerned about her when I went away to college, but she was FINE. She did sleep on my bed, alone, every night, and during the day when my bedroom door was shut my mom says she just sat outside the door looking up at the handle for a couple hours every morning. But, eventually she would make her way downstairs and join the rest of the household.

We resumed our normal activity whenever I came home to visit, and once I graduated everything went right back to normal. She slept on me every night until she died two years ago, when she was 18 and I was 28. (Once we moved in together, DH freaked out when he realized that Mazi wasn't really sleeping at night, she would just curl up on my chest and stare at me as I slept. I didn't know the difference!)

I guess what I'm saying is your daughter's kitty will be fine. Cats do have a tough time with change, but they transition just fine if given the time and space to do so.

My Hally is a Daddy cat. But she cuddles with me and comes to me if he's on a trip. Normal everyday... not so much. But if he's away at night she 'makes due' with mommy.

How does your male react when she's on a trip or away? That will tell you a lot about how he'll handle it.

My MIL's cat gets SUPER SICK every time she goes away. She just pines away. We know she'd never be able to handle being apart.

It just depends on the cat.

As for the kitten. They are work. And ca disrupt things quite a bit. As to how the cats will react. They are individuals. How big is your house? I find that the bigger the space, the better mine get along. If they each have their own 'zones' it's much better. But the kitten will need to learn the rules of the house. And that might mean a few painful lessons when going up against the resident cats.
"Experience is inevitable in life; learning from it isn't."

I think your older cat will adapt to your younger daughter. As for the kitten, I would hold off and let your daughter get attached to the older cat.
You must log in or register to reply here.
Share:
Facebook Twitter Reddit Pinterest Link
Be a part of the community It's free, join today!
JEWELRY BLOG